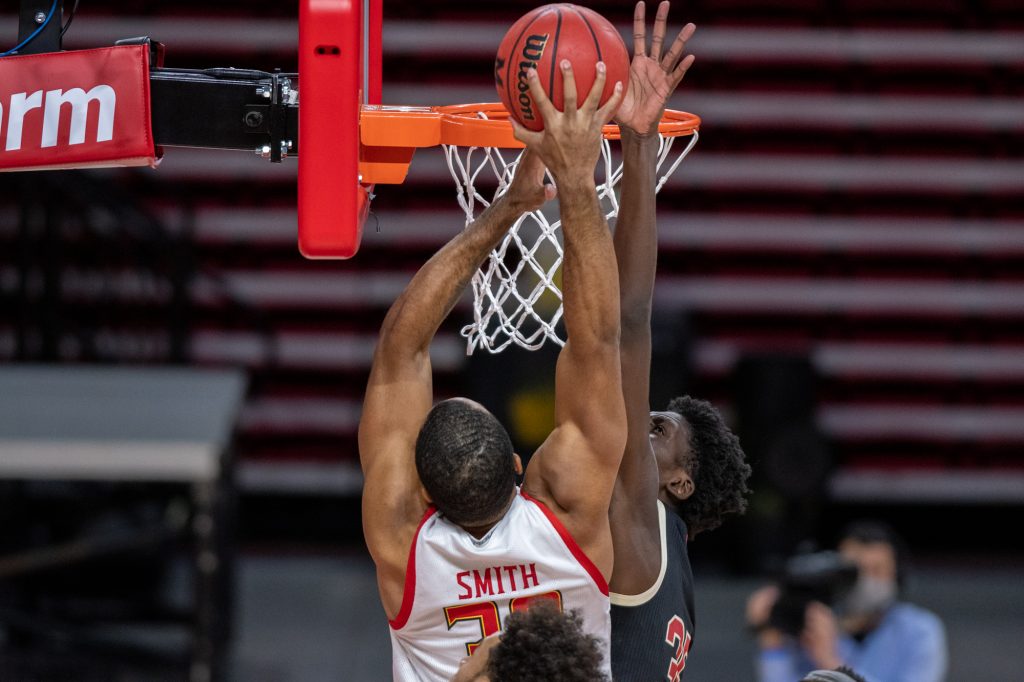 In the first game of the double-header, Maryland’s offense was error prone, committing 17 total turnovers. Nebraska did not capitalize on those turnovers, only scoring four points off of them. Maryland cannot rely on Nebraska to fail to convert those opportunities into points and shoot as poorly as it did last night. For Maryland to win both of these two must-win games, it must cut down on the unforced errors and turnovers.

What to watch for Nebraska: Stopping the dribble drive

This season, Maryland has not been a consistent three-point shooting team and it showed yesterday, going nine for 29 from deep. Nebraska’s defense was still getting gashed though, mainly by Aaron Wiggins, by a lot of dribble drives. Along with Wiggins, Eric Ayala and Donta Scott found themselves getting to the rim easily, either creating a layup or open three for the Terps. If Nebraska wants to take one of the two games in this series, its defense will have to crack down on Maryland’s driving to the rim.