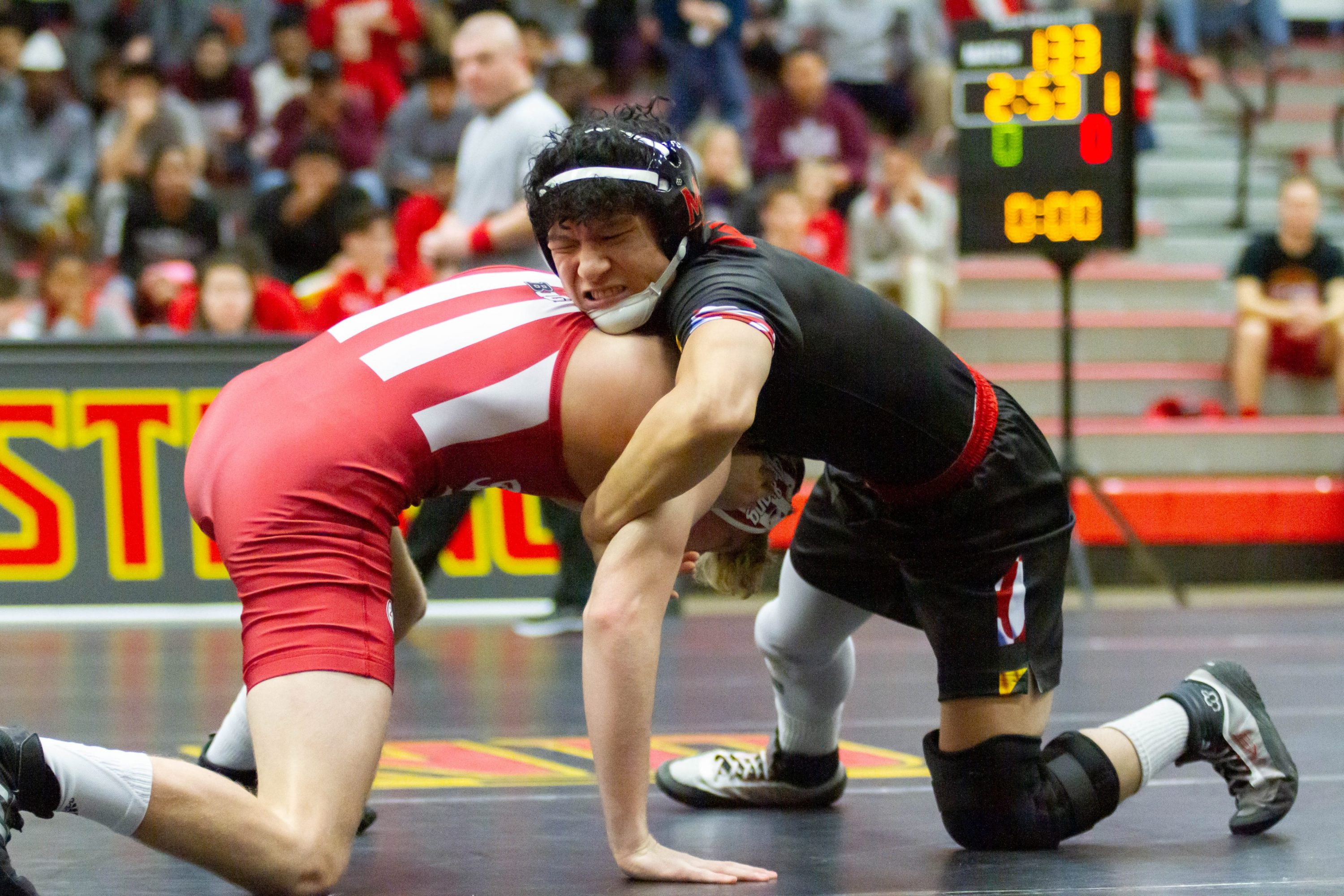 Danny Bertoni put his hands on his knees, exhausted coming off the mat as Maryland wrestling coach Alex Clemsen greeted him. Bertoni had just put together an all-around dominant performance to pick up a 6-1 decision win over Indiana’s Cayden Rooks.

His victory was one of a handful for the Terps on Sunday morning. And although Maryland lost, 27-13, a series of strong performances and individual wins showed some bright spots for the future in an otherwise tough day on the scoreboard.

“I felt like I was in better shape than that kid, and I was close to mentally breaking him,” Bertoni said. “I didn’t pop on that opportunity, and that’s what coach said to me.”

The Terps quickly fell behind 15-3 with two falls, only Bertoni rescuing a victory. But in the 157-pound bout, Michael Doetsch took the Hoosiers’ Jonathan Kervin down to the mat for an early lead, signaling he wouldn’t be an easy out.

Doetsch continued grappling, but faced brief danger toward the end of the match. Kervin took him down and rolled him off the mat, possibly setting back Maryland’s 157-pounder. But Doetsch recovered, staying steady en route to a 6-2 win on decision.

“I just had to believe in my training there, stay strong and just know I’m going to go get the win,” Doetsch said.

Following a pair of other losses, the Terps’ most dominant performer took the mat. And Kyle Cochran delivered, dominating Drayton Harris from the start as the 184-pounder picked up his team-leading third win of the season with a 10-0 major decision.

That success continued into the next bout. After failing to close out his match in extra time against Ohio State, Jaron Smith held off Nick Willham’s takedown attempts in the final seconds of the 197-pound bout to pick up his first win on the season, taking a 5-3 decision.

But those four provided all the firepower for the Terps, who were outclassed in their other matches. Zach Spence, Jackson Cockrell and Phillip Spadafora each suffered quick falls, the Hoosiers’ Donnell Washington taking down Spadafora just 16 seconds into their 174-pound bout.

“[Indiana] really capitalized on opportunities. And we left a couple bonus points out there,” Clemsen said.

And Maryland could not quite keep up in three other matches, with Hunter Baxter, Jonathan Spadafora and Garrett Kappes each losing by decision.

Still, the Terps picked up their most points all season — surpassing their mark against Northwestern in last month’s Nebraska tri-meet — and several wrestlers put forth their best efforts of the season. In an arduous Big Ten slate, those incremental steps forward are paramount to the team’s growth.

“I want to see our kids manage situations better, understanding how dual meets are won and lost by saving bonus points and collecting bonus points,” Clemsen said. “We learned that lesson today.”