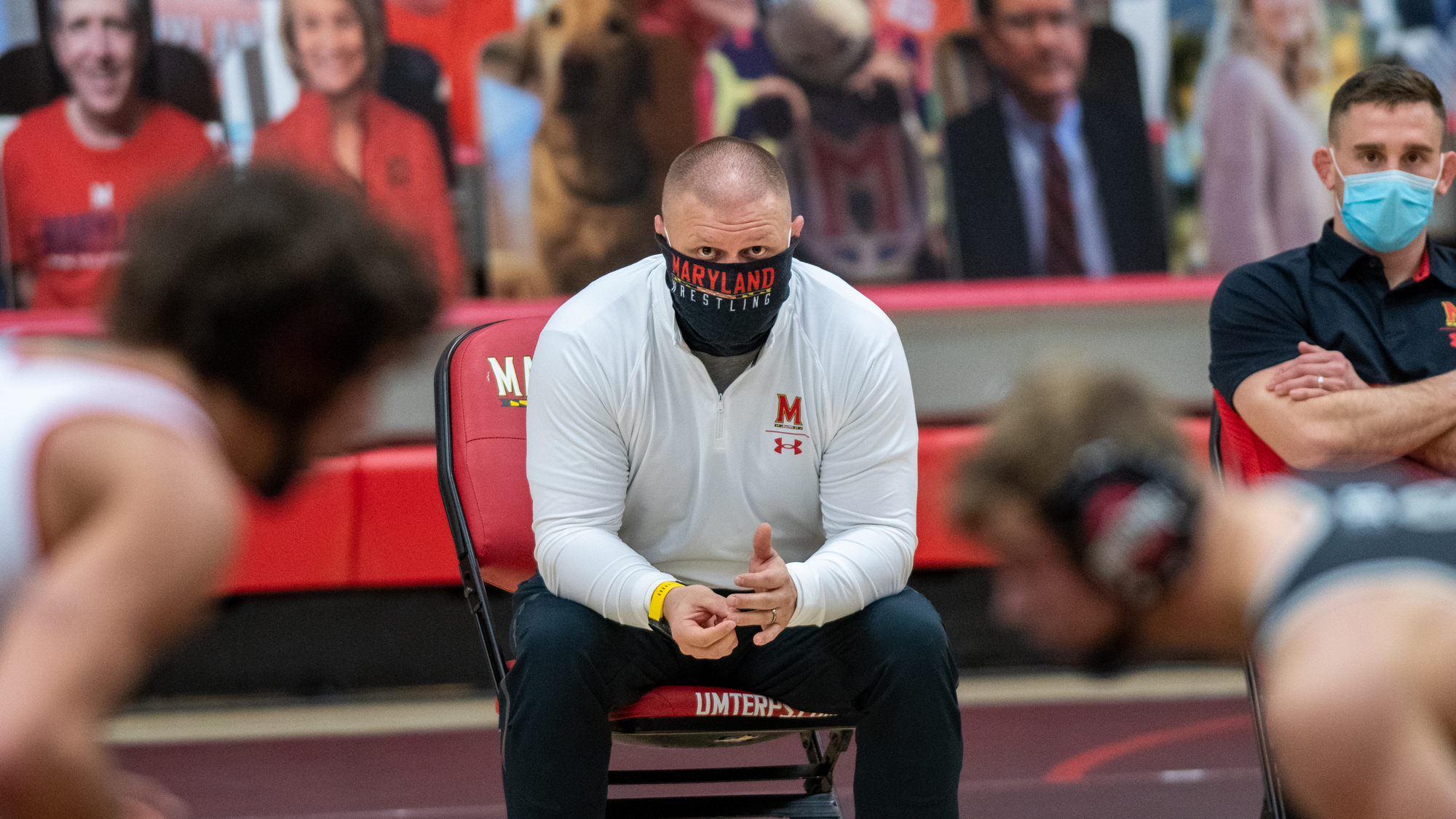 In any normal season, Maryland wrestling would be sending its backups around the nation to open tournaments right now. Those who usually sit on the sidelines would travel to other universities, get reps in and improve their skills. But with the COVID-19 pandemic breaking the fabric of the season, that’s not possible.

Instead, coach Alex Clemsen’s squad is taking advantage of other opportunities to improve: extra countable matches held at the end of normal meets.

Extra countable matches give a young program like Maryland an opportunity to have expanded travel rosters and develop its younger wrestlers against the best wrestlers in the Big Ten.

“We can bring extra competitors and it gives these kids a chance to develop and have an opportunity to compete and learn and grow,” Clemsen said.

The extra matches have also helped Clemsen take a look at the talent throughout his roster, giving the Terps more opportunities to shift their lineup from week to week.

Redshirt freshman Kevin Makosy is among those who have taken advantage of the extra contest, wrestling in six so far this season and winning two.

“Anyone who isn’t in the starting lineup can get matches in and be able to compete,” Makosy said. “Without competition, it’s hard to enjoy the sport.”

Those extra matches have even helped some who can’t compete. That’s the case for freshman Dominic Solis. Though he’s currently sidelined with an injury, watching his teammates compete in the bouts has helped him learn.

[After almost a year off the mat, Maryland wrestling is relishing a return to normalcy]

“No matter who’s wrestling — if it’s the starters or not — you can always learn from them,” Solis said.

That’s all a part of the culture that Clemsen is trying to build in his second season at the helm of the program.

“We can continue to inundate them with our culture and expose them to what our standard is and what our lifestyle is,” Clemsen said.

Despite the negative ways the pandemic has impacted wrestling, Clemsen believes the extra countable matches will be a positive for the sport. He hopes the practice sticks around for when things finally return to normal.

“There’s been a lot of unintended consequences with COVID from a negative standpoint,” Clemsen said. “Hopefully, for our sport this can be a positive where we see the impact this has had on kids.”