Maryland men’s basketball vs. Minnesota: How to watch and what to watch for 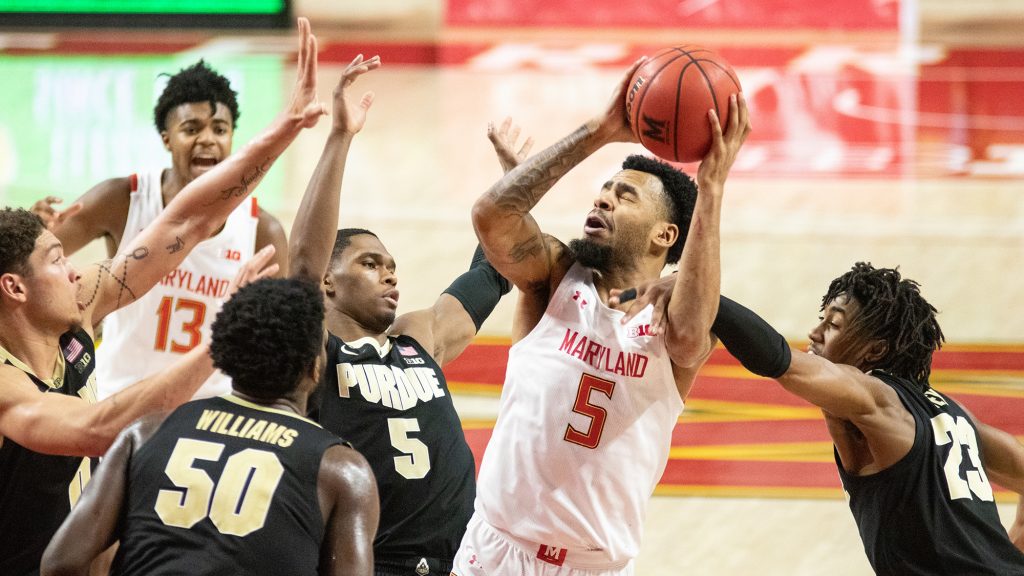 What to watch for Maryland: Dominance on the boards

When Maryland knocked off Minnesota just less than a month ago, a big defensive performance — highlighted by some great rebounding — helped stunt the Minnesota offense and keep them to under 50 points. Maryland had been out-sized in the paint all night with the 6’7 Donta Scott coming in as their tallest starter against a 7’0 Liam Robbins, but that didn’t stop Scott from out-rebounding him, 11-2. If Scott puts up the same effort to lead the undersized Terps against Minnesota, there’s a good chance that they can replicate the defensive clinic they put on in late-January versus the 35th-best offense in the nation, according to KenPom.

What to watch for Minnesota: Marcus Carr

After three-straight crushing losses that led to the Gophers being unranked heading into February, they have bounced back in a big way during their last two games. First came a 19-point home win against Nebraska. Then came a huge upset win versus No. 24 Purdue, just 12 days after the Boilermakers handed them an 81-62 loss. The biggest factor in those two wins has been the offensive spark of Marcus Carr, who has led his team in scoring while averaging 19.3 points in Minnesota’s last three games. If Minnesota wants to extend their mini win streak, a huge performance out of Carr will be key.