Ashley Owusu is the offensive engine for Maryland women’s basketball 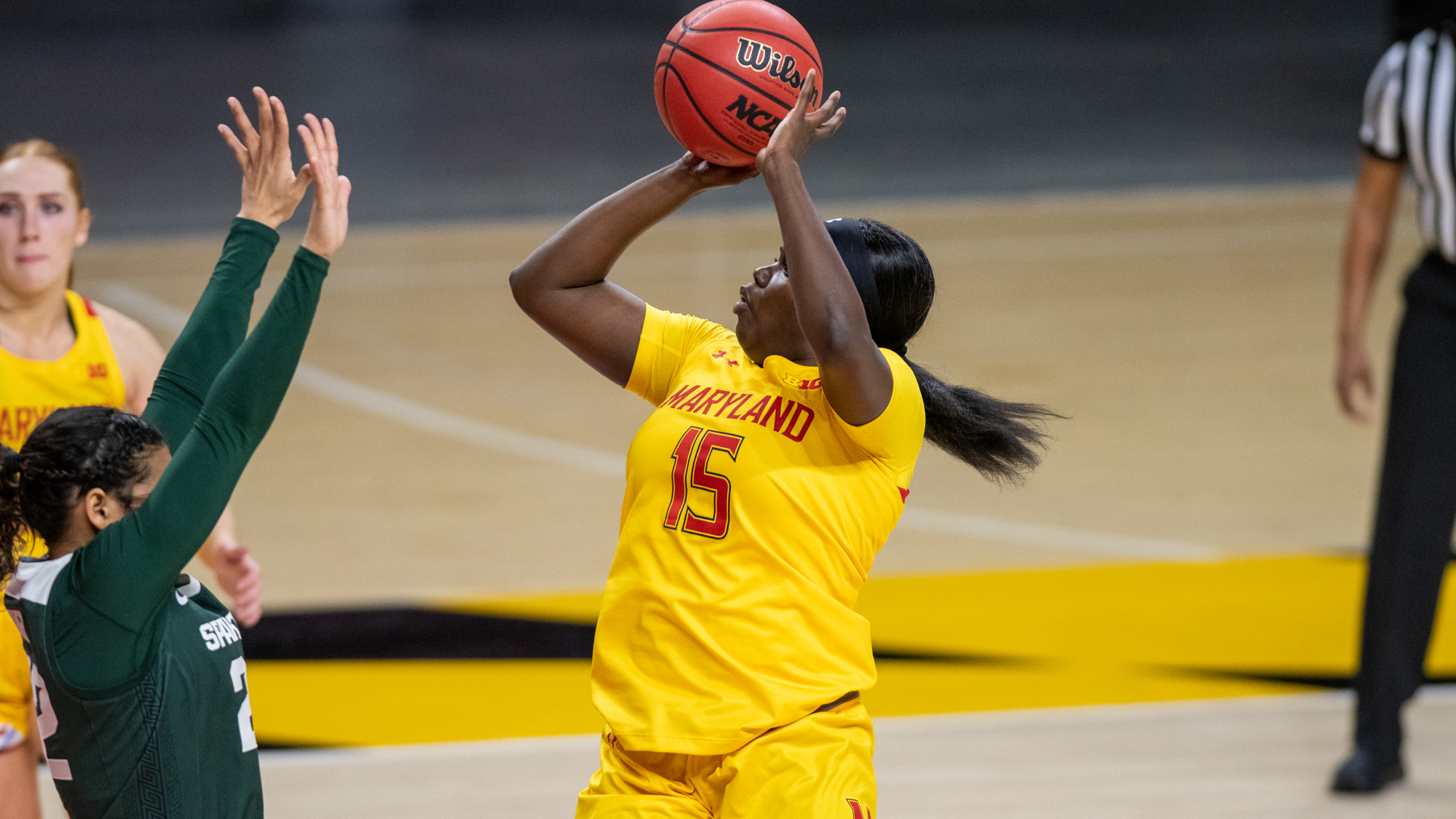 When the shot clock dwindles, most teams’ possession becomes frantic. They swing the ball around, desperately looking for an option, most of the time throwing up a contested jumper before the buzzer sounds, with little chance of actually scoring.

Maryland women’s basketball doesn’t need to do that. Instead, it just gives the ball to Ashley Owusu and lets her work her magic. The sophomore, who was recently named as one of 10 finalists for the Ann Meyers Drysdale Award for best shooting guard, is lethal with both the shot and game clock ticking down — and has continued to power the nation’s best offense.

“She wants to take the shot when the pressure is on,” coach Brenda Frese said. “And I think those are the toughest times, with the shot clock down and you have to make the right read or the right play.”

Owusu has both played the most minutes for the Terps and scored the most points in conference games, averaging 20.7 per game on 46.6 percent shooting. And she’s also routinely created her own shots.

In Maryland’s resounding victory over Michigan State last Thursday, Owusu displayed her ability to get into the paint at will. Early in the second quarter, she caught the ball with just eight seconds left on the shot clock. Without hesitating, she made a move to her left.

[“More is to be done”: Diamond Miller continues to improve for Maryland women’s basketball]

There was a defender in good position right in front of her, but it didn’t matter.

Owusu lowered her right shoulder, knocking the Spartan defender backwards in the air and dropped in a little floater. It was a mix of power and grace reserved for only the rarest athlete, a combination of skill and strength that adds a punch for the Terps’ offense.

“I’m just taking what the defense gives me and not predetermining what I’m going to do with the ball,” Owusu said earlier this year. “I’m just staying alert and aware of what’s going on.”

And if the defense is able to take away the paint, Owusu can work from midrange. Earlier last year against Towson, she caught the ball with under ten seconds left in the first half. She unleashed a quick in-and-out dribble before transitioning into a one-legged turnaround fadeaway jumper that dropped in with the clock dangerously close to expiring.

Maryland has needed those contributions, especially in the conference games since guard Angel Reese’s injury. Owusu has also been the engine for the Terps, providing 53 assists in nine Big Ten games — more than double second place Katie Benzan’s 26.

Forward Mimi Collins, who was teammates with Owusu in high school, knows how well the guard sees the game.

“Everybody thinks that Ashley is not vocal,” Collins said. “But Ashley will have a whole conversation with you during the whole game because her basketball IQ is so high.”

And despite the abundance of talented guards in women’s college basketball right now, Collins knows who she wants on her squad.

“She’s just a true point guard and to be honest, I hope she wins an award,” Collins said. “Because guess what: Maryland has the best point guard there is and there’s nobody to top that at all.”