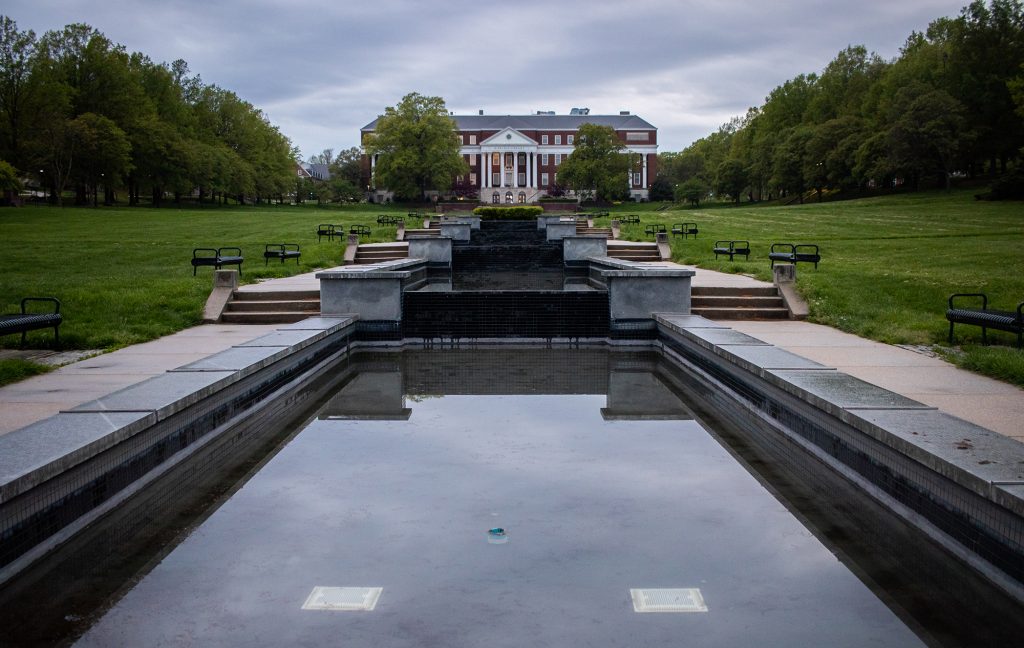 McKeldin Library, where many students study during the school year, on April 28, 2020. (Julia Nikhinson/The Diamondback)

University of Maryland undergraduate students may choose pass/fail grading for up to seven credits this spring, Provost Mary Ann Rankin announced in a campuswide email Friday.

The email also highlighted other policy changes meant to offer students and faculty greater flexibility in the coming term, which will begin as the coronavirus pandemic continues to rage throughout the country.

The change in policy comes after months of back-and-forth between students and administrators over the extension of a pass/fail grading system, which was first implemented during the spring 2020 semester after the coronavirus pandemic shifted all classes online. The school did not implement a pass/fail grading system in the fall semester, citing concerns about how it would affect students’ academic and professional careers.

Friday’s email also comes after university President Darryll Pines announced Rankin’s decision to resign as provost earlier this month. Her last day in the role will be Jan. 29.

Soon after the end of this semester’s schedule adjustment period, students will be able to use a web portal to select the grading method for their courses. Students will have until 10:59 EST on May 11 — the last day of classes — to do so. They will have the same deadline to withdraw from a course with a “W.”

This semester, students must earn a “C-” or better in a course to receive a “P” — a departure from the spring 2020 policy, in which students earned a “P” for any grade above an “F.” Students who earn any letter grade under a “C-” will have that grade on their transcripts whether or not they opt for pass/fail. While a “P” grade will not affect a student’s GPA, grades below a “C-” will.

All undergraduate students will be able to select the pass/fail grading method for up to seven credits, but students with “special circumstances” may request an additional course to be taken pass/fail with permission from their academic adviser and their college’s dean.

Despite continued student efforts, Pines reiterated in December that the university’s decision not to implement a pass/fail system was final.

During the spring 2020 semester, almost 80 percent of undergraduate students opted in to pass/fail grading for at least one class. The average GPA among undergraduates was a 3.30, a 0.09 increase from the two previous semesters.

The average undergraduate GPA for the fall semester was 3.39, according to preliminary data The Diamondback acquired through a public information request. The university is awaiting final official figures from the school’s Office of Institutional Research, Planning and Assessment, according to the general counsel’s office.

In Friday’s email, Rankin also announced the university will be extending its amendments to its policies on excused absences, arbitrary and capricious grading and final exams for the spring semester. Self-certified notes can still be used to serve as documentation for coronavirus-related absences and “missed course expectations.”

Under this year’s excused absence policy, faculty will be able to suggest alternative ways for students with coronavirus-related absences to make up missed work, according to the email. As a result, so long as faculty communicate this policy change to students in their syllabi, this approach to missed work will not be subject to the arbitrary and capricious grading policy. This policy normally provides a way for students to seek review of final course grades they believe to be assigned for reasons outside of typical university or course standards.