Mixing experience with youth, Maryland volleyball is ready to return to the court 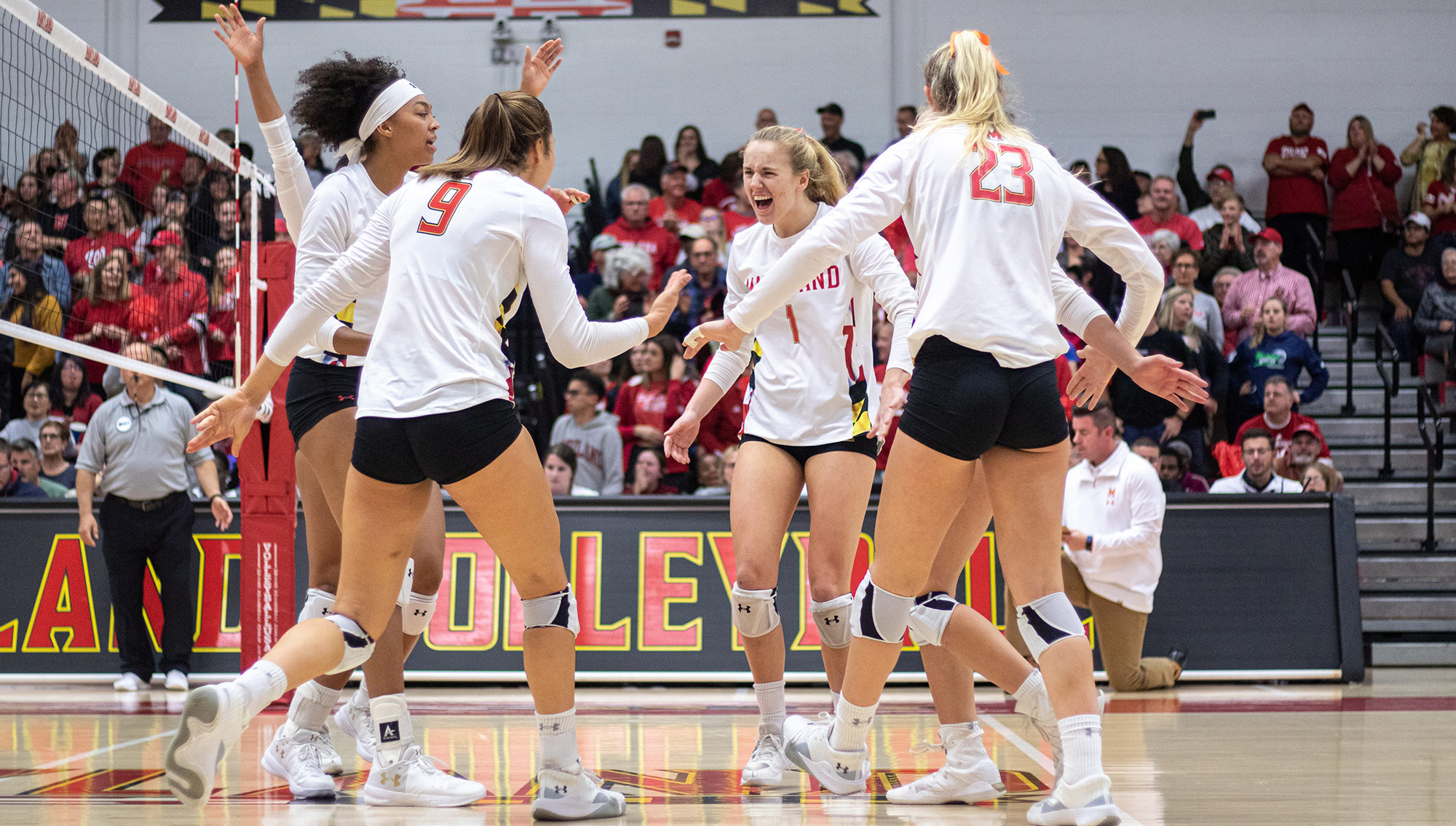 Coming off a season plagued by injuries and a 13-19 record, the Terps will now have to navigate a truncated season of Big Ten-only play in a conference loaded with elite volleyball programs.

And although this season is poised to bring a number of unique challenges, Maryland is optimistic. With a squad teeming with young talents and experienced veterans alike, the Terps are ready for a season unlike any other.

“It’s a totally new game, a new landscape this season. But I think in some ways it’s kind of exciting just because it’s new, it’s different,” said coach Adam Hughes.

“This is a unique situation for not playing for so long, and skipping nonconference [and] jumping to Big Ten play,” Hughes said.

[Maryland volleyball is taking advantage of the season’s delayed start]

Though the COVID-19 pandemic offered a multitude of challenges, Hughes and the Terps have taken the abundance of extra time to acclimate their freshmen and transfer students to the program.

“The freshmen have had more time to acclimate than they’ve ever had before,” Hughes said. “I think they’re a bit farther ahead than maybe some of the freshmen … in the past.”

Hughes credited the smooth transition process to the team’s balance between the older players’ experience and the new energy that comes with freshmen and transfer recruits.

“We have this unique blend of a lot of experience … kids who have been around the program for a long time,” said Hughes. “But we also got the young guns coming in behind.”

Of the experienced veterans, senior and captain Erika Pritchard has been “dialed in” this offseason, Hughes said. Pritchard, who was recently selected for the preseason All-Big Ten team for the second time in her career, is looking to cap off her time in College Park with another stellar season before setting her sights on professional volleyball.

“She’s got some lofty goals for herself,” said Hughes. “This year, the goal is to be an all-conference player at the end, not the beginning.”

The Terps will open their season with back-to-back matches in Columbus, Ohio, before returning to College Park to host Minnesota for their home opener on Jan. 29. The Golden Gophers, who are currently ranked seventh in the nation and second in the Big Ten preseason poll, will be a tough task for a Maryland team ranked outside of the top ten by conference coaches — a task made even more difficult after 2019 All-Big Ten first teamer Katie Myers made the switch from College Park to Minneapolis over the offseason.

Going forward, Maryland will go toe-to-toe with the likes of Nebraska and Penn State, both of which are also ranked in the conference preseason top five.

Still, the Terps are feeling positive. They don’t know quite how this season will turn out. But, with veterans like Pritchard ready to carry the load and younger players poised to step into larger roles, it seems Maryland is moving in the right direction ahead of Friday’s season opener.