In its final homestand, Maryland volleyball was once again tasked with overcoming injury 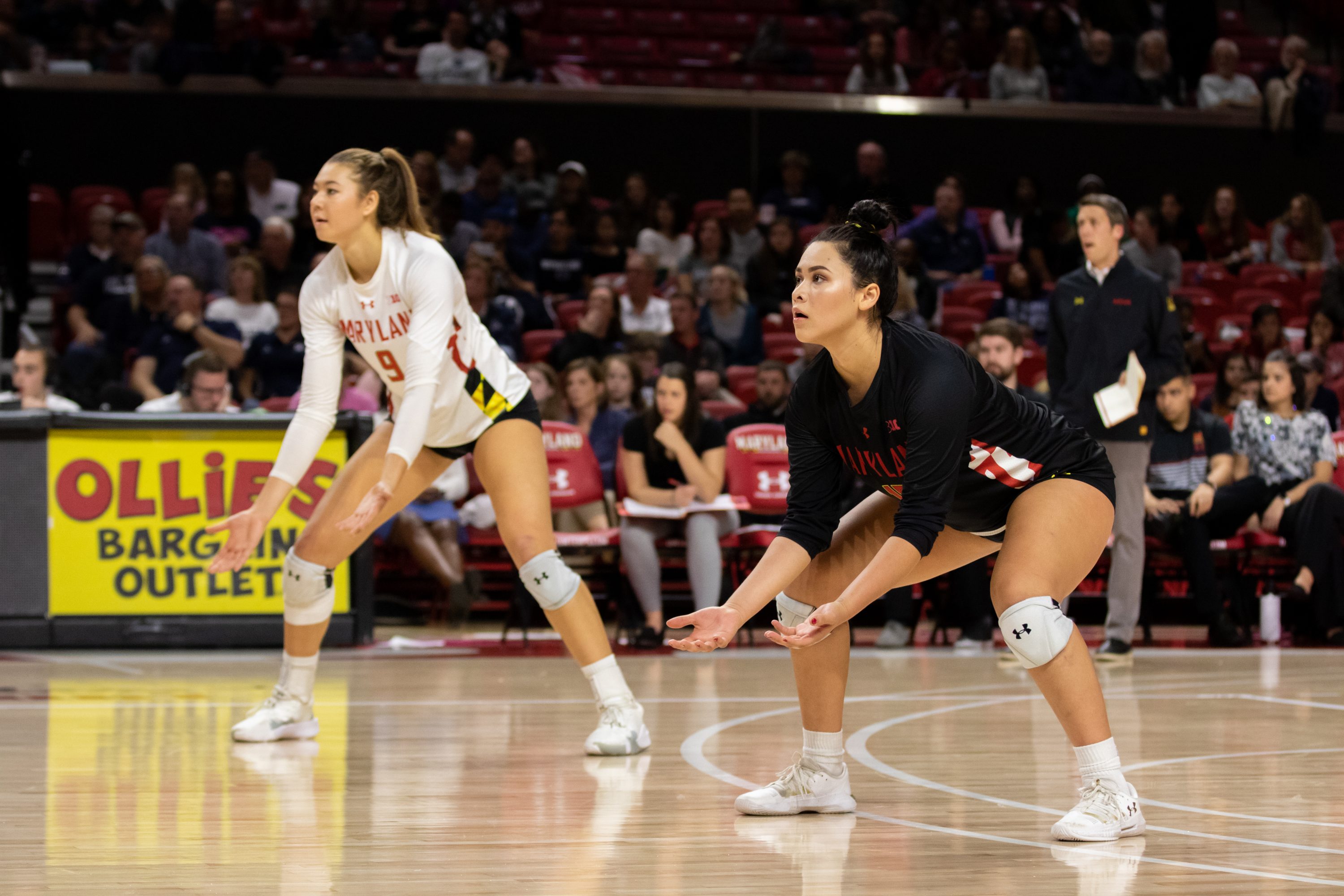 On Oct. 16 against Indiana, Maryland volleyball worked back from a 2-0 deficit to steal a five-set win at home. It was largely on the back of stout defense from libero Allegra Rivas, who posted a career-high 32 digs to help ensure her team surrendered just five kills in the final frame.

The Terps faced another home five-set affair against Northwestern on Sunday, but they wouldn’t have the luxury of leaning on their starting libero.

Rivas missed her second straight match due to a concussion suffered in practice and defensive specialist Maddie Naumann — who appeared in just seven sets before Friday — started in her place.

Without its leader in digs, Maryland’s defense faltered late against the Wildcats, who took a 15-8 victory in the fifth set. Following injuries to setter Nicole Alford and middle blocker Katie Myers earlier in the season, Rivas’ concussion is the latest in a slew of knocks to inhibit the Terps this season.

“It’s just a little bit weird not really knowing who’s next to you and not knowing who’s going to take what ball,” coach Adam Hughes said. “It’s something we have to work through, and that’s kind of been a theme of the season for us — constant adversity with injuries.”

When Maryland finished with its best Big Ten record in 2018, Rivas, Alford and Myers played in all 114 sets for the Terps. So far in 2019, the trio has missed a combined 65 sets, with 24 of those coming during conference play.

“It’s always hard when you have someone you’ve played with for so long, and they’re not next to you anymore,” Alford said. “We miss her and we want her to get better, but we have a lot of capable people who can step up and play that role.”

Naumann, a transfer from Miami, made strides at the position over the weekend in Rivas’ stead. The 5-foot-9 sophomore totaled seven more digs on Sunday than she did against Illinois on Friday night.

Though Naumann might not have provided the consistency that Rivas brings to the table, her teammates applauded her flexibility and willingness to step in.

The team has learned this season that every player needs to be ready in the event of an injury.

“I think the other defensive specialists are prepared to go into each and every game,” middle blocker Rainelle Jones said. “Even though replacing Allegra isn’t easy, we have players that are up for the challenge.”

Maryland struggled on defense in its final two home matches of the year — losses to Illinois and Northwestern — and some of that can be attributed to losing Rivas. With two matches left in the season, the team expects to be without the sophomore again as she goes through the concussion protocol.

Still, the Terps remain confident that they can build off the progress they made with Naumann on the floor this weekend.

“Maddie held her own,” Hughes said. “We knew these matches would be a challenge with or without Allegra. Overall, I think the team responded pretty well to the change.”