Maryland volleyball is taking advantage of the season’s delayed start 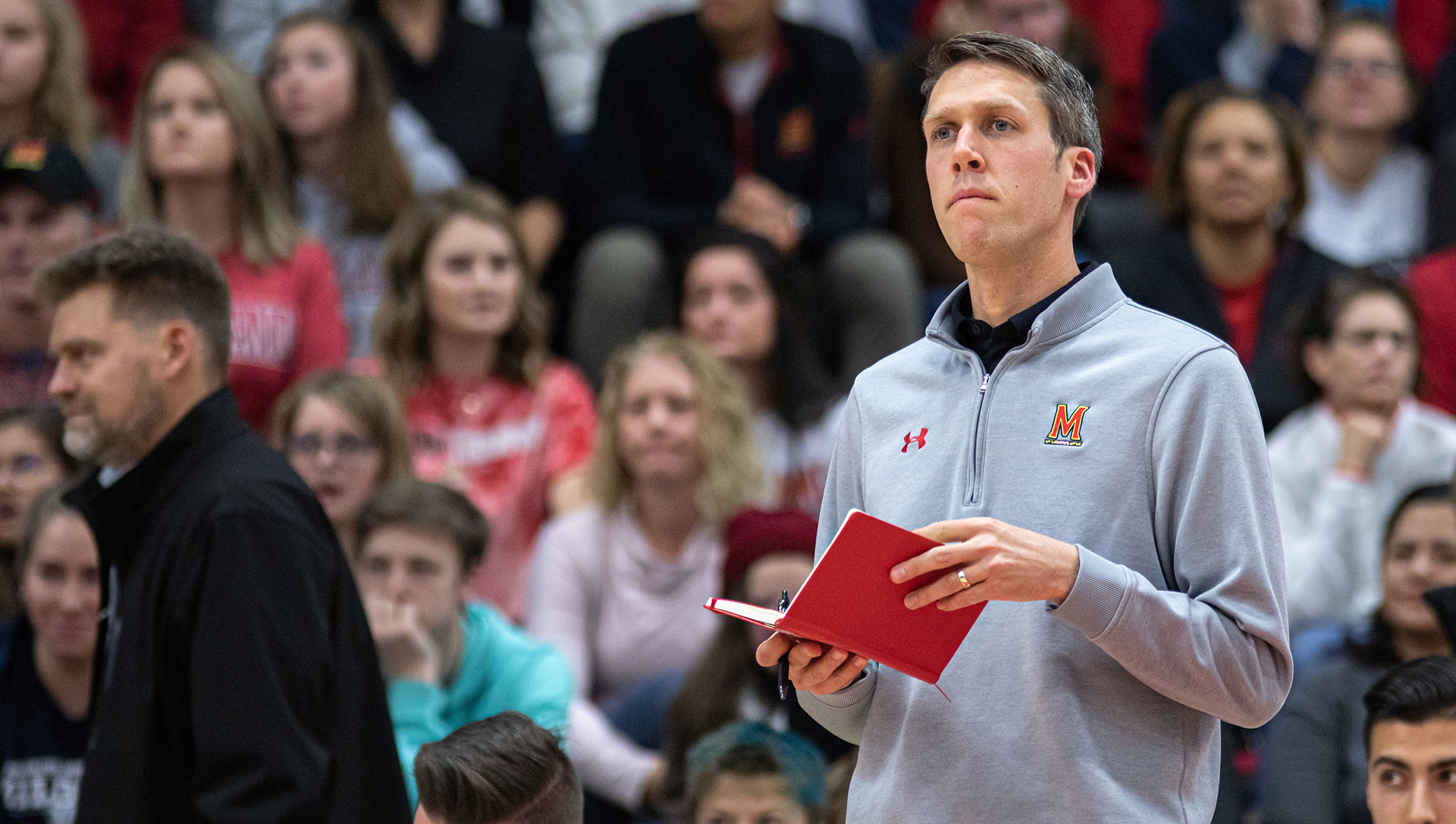 With a different practice style, schedule and a season delayed due to the COVID-19 pandemic, Hughes has had to adjust to a new — and constantly evolving — sports world.

But it hasn’t discouraged him — after all, the Terps still have NCAA tournament aspirations. And extra time before the season might help them get there.

Maryland hasn’t made it to the NCAA volleyball tournament since 2005. In the meantime, Big Ten rivals Nebraska and Penn State have racked up nine championship wins between them. And although the Terps have finished above .500 in two of their last three seasons, it’s proven challenging to gain ground on conference heavyweights.

That task is often made all the more difficult by a truncated season start. Maryland typically ends summer training in May and does not resume until August, leaving it with about three weeks to get ready for its first match.

Now, the Terps have time to refine their skills without the pressure of a rapidly approaching season. And they’re taking advantage of it.

“We don’t generally like that, we just feel like it’s kind of a rush,” Hughes said, “I do think there are some advantages to having this ramp-up time to acclimate, try to get strong again.”

That has been most apparent with the group’s freshmen. While they’d typically have to worry about balancing their first semester of college classes with games, that’s less of a stressor now. As such, Hughes said they’ve adjusted better to the mentally and physically strenuous lifestyle of a Division I athlete.

It’s also helped out on the health front. The team is practicing in a safer and more controlled environment to avoid the injuries that plagued them a season before.

“[Preventing injuries] is definitely the name of the game right now,” Hughes said. “Now there’s a new element with obviously the COVID situation as well, so the ramp-up I think helps us. We’re going a little bit slower, we’re trying to be a little bit more methodical.”

While the extended time before the season is helping Maryland get back into shape, it’s also giving the team time to work on its culture and what Hughes calls “the 24/7 mentality.”

“You’ve got to win the 24 hours in front of you and plan about seven days ahead because so much is changing so fast,” Hughes said.

And that’s what the Terps have been doing: winning the days as they come and taking it slow. It’s that mindset Hughes knows will help his team clear this hurdle and have success in the future.

In a loaded Big Ten, that might just be enough to take the next step.