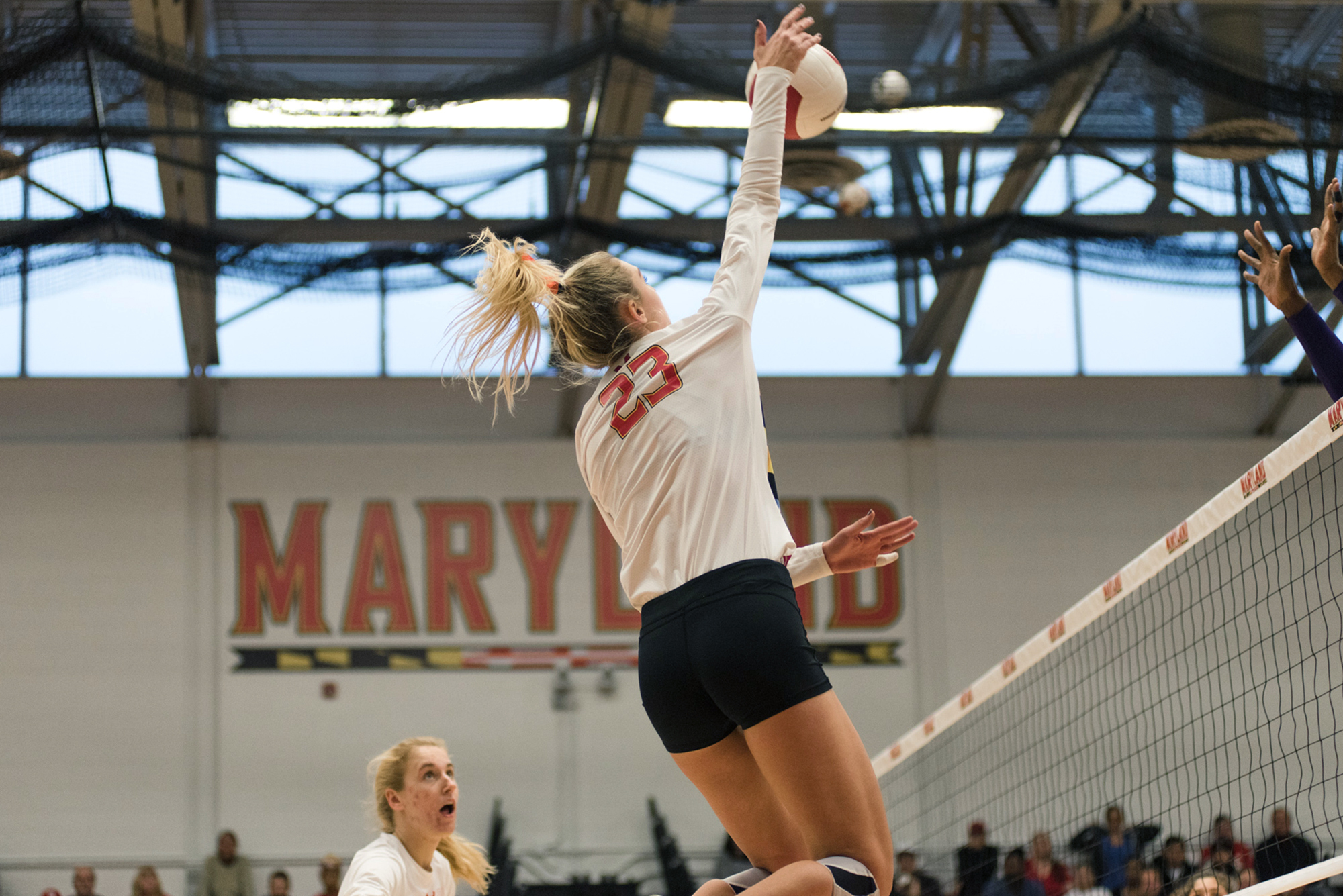 On Friday, Myers announced via her Twitter page that she would be finishing her career at Minnesota.

In addition to joining the 2019 national semi-finalist Gopher team, Myers will be pursuing a master’s degree in sport management – a large factor in her decision.

“Throughout the whole process, whenever I was talking to the coaches or looking at the academic programs, it just felt right,” Myers said. “Volleyball-wise, the program’s success speaks for itself, and they have a world-class coaching staff.”

Before making a run to the final weekend of last season’s NCAA volleyball tournament, Minnesota was the tied for second in the Big Ten with a record of 17-3. Its success in the conference included a 3-0 rout of Maryland in College Park on Nov. 8, a match where Myers sat out with an injury.

After deciding to transfer, Myers also considered making the move to Florida, Nebraska, Penn State, Utah or USC, but she ultimately decided to stay in the Big Ten at Minnesota.

“I’m excited to stay in the Big Ten,” Myers said. “I think that’s where my heart belongs. Playing against all the other teams… I’ll be really familiar with all of them.”

Myers first joined the Terps as a freshman in 2016 under coach Steve Aird, who departed the program for Indiana following the 2017 season. She was part of a recruiting class that featured standout outside hitter Gia Milana, who left for Baylor following Aird’s departure.

But Myers stuck around to become a vital piece of Maryland’s attack after medically redshirting her first two seasons.

In 2019, the Westerville, Ohio, native compiled 273 kills to help her average a .395 hitting percentage, the second-best average in program history.

The now-former Maryland star is set to graduate from the university next month, making it possible for her to pursue her Master’s elsewhere. The Maryland coaching staff knows it will have a huge void to fill at the net.

“It was just a little bit tricky just knowing she was going to graduate and this was four years,” coach Adam Hughes said. “You know, thankful that she’ll hopefully graduate as a Terp. But we were — I don’t want to say prepared for it — but we always knew it was possible.”

Not only will the Terps be losing Myers’ production at the middle blocker position, but they’ll be losing her competitiveness as well, something she’s vowed to bring with her to Minneapolis.

“I’ll be bringing the competitive edge with me,” Myers said. “It will be a different kind of role for me because at Maryland I did have the really big leadership role, so at Minnesota, I’ll still try to maintain that while coming into a new culture and a new team.”