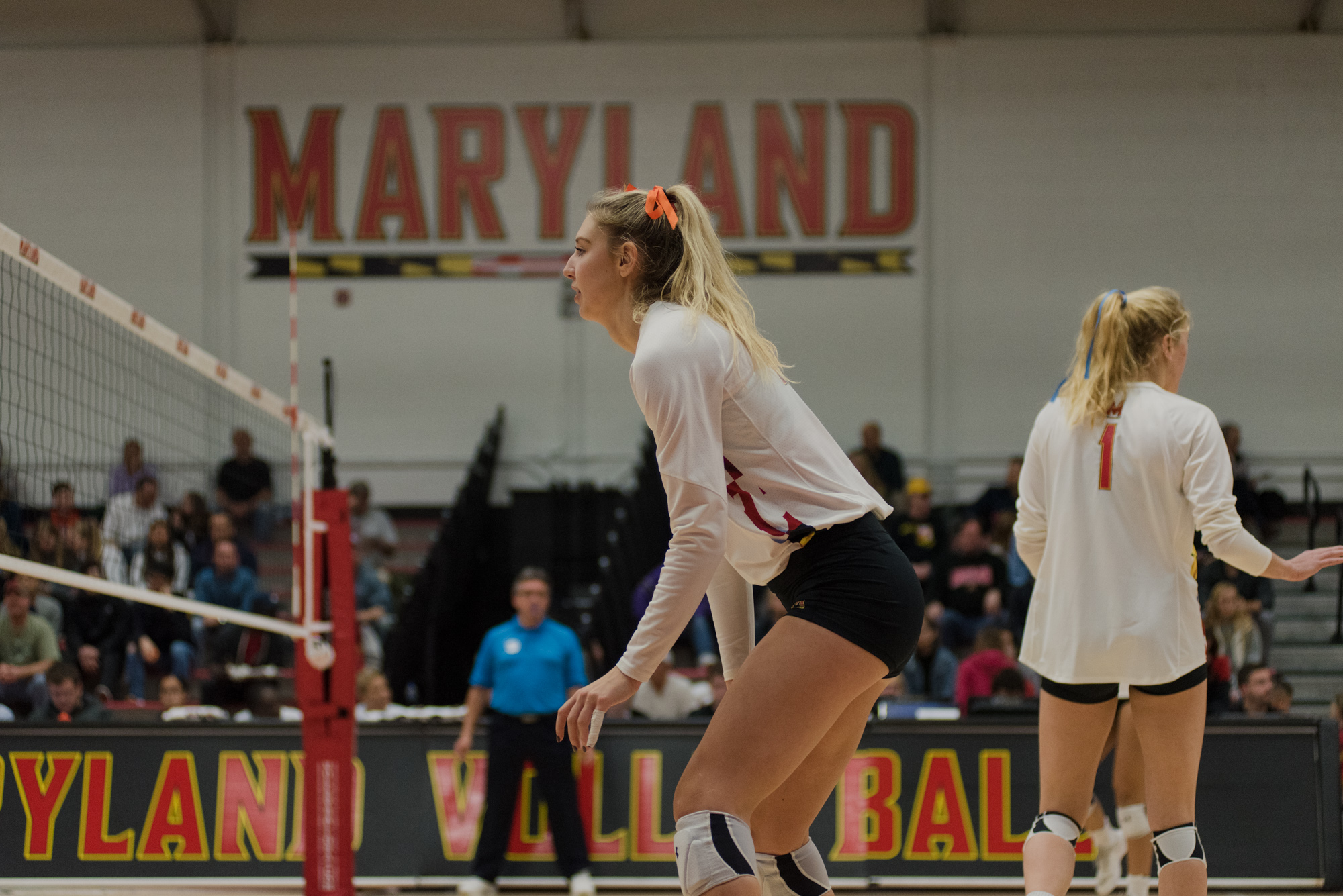 Katie Myers — a first team All-Big Ten honoree in 2019 — has entered the transfer portal and intends to finish her college volleyball career away from Maryland while seeking a graduate degree, coach Adam Hughes confirmed to The Diamondback on Tuesday.

She’s set to graduate from Maryland this spring and will have two years of eligibility remaining with her new program, stemming from two medical redshirts during her first two seasons.

“She’s got her four years in and she’s gonna graduate,” Hughes said. “Gonna give her a unique opportunity to look at different schools for a grad opportunity.”

Myers finished her redshirt sophomore campaign with a .395 hitting percentage, the second-highest mark in a single season in program history, while also slotting inside the top five of the conference in aces per set (0.38) and blocks per set (1.29). Her 273 kills were the second most on Maryland.

“It was a really tough decision to leave UMD because of the great relationships I’ve built and the love I have for the volleyball program,” Myers wrote in a message. “But, I want to pursue my Master’s. I wouldn’t trade my experience here for the world and will always have love for the Terps.”

Myers’ production was the type that often helped carry an inexperienced squad still in recovery mode following the departure of coach Steve Aird and several top players after the 2017 season concluded. Aird had convinced Myers — ranked No. 62 out of high school by PrepVolleyball — and several highly-ranked recruits to come to College Park.

But once he departed for Indiana in December 2017, outside hitters Gia Milana and Samantha Drechsel — both top-30 ranked players by PrepVolleyball — soon departed for Baylor and Washington, respectively.

Myers remained, though, as did outside hitter Erika Pritchard. Those two have been vital in coach Hughes’ plans, combining for 48.6 percent of the team’s total kills during its 2019 season.

“The thing with her was that she just came off those two knee injuries and she was just trying to get back on the court,” Hughes said. “And that first year — I don’t want to say trusting her body again — but just getting through the demands of the Big Ten season. And then she kind of put her foot in the ground and said, ‘Let’s see what I can achieve this year.'”

“And I felt this past year she had a tremendous year,” Hughes continued.

The Westerville, Ohio, native’s Maryland career took time to get off the ground. She played in one match in 2016 before suffering a season-ending knee injury. And she featured in 10 matches the next year before being sidelined again with another season-ending injury. She received a medical hardship waiver for the 2017 setback, preserving her four years of eligibility.

Myers returned in 2018 and started all of the Terps’ matches, and in 2019 she featured in 30. Hughes said she’s in the process of narrowing down her list of potential next destinations.

“She’s a hard-working kid,” Hughes said, “and when she puts her mind to it, she can do some special things.”

Myers’ move leaves a gap in Maryland’s net protection, although Hughes said he wasn’t blindsided by the decision. The NCAA transfer portal makes it easier for players to change teams, he said.

So as Myers looks for a new school to couple volleyball and a graduate program with, Hughes will look to fill the void.

“It was just a little bit tricky just knowing she was going to graduate and this was four years,” Hughes said. “You know, thankful that she’ll hopefully graduate as a Terp. But we were — I don’t want to say prepared for it — but we always knew it was possible.”