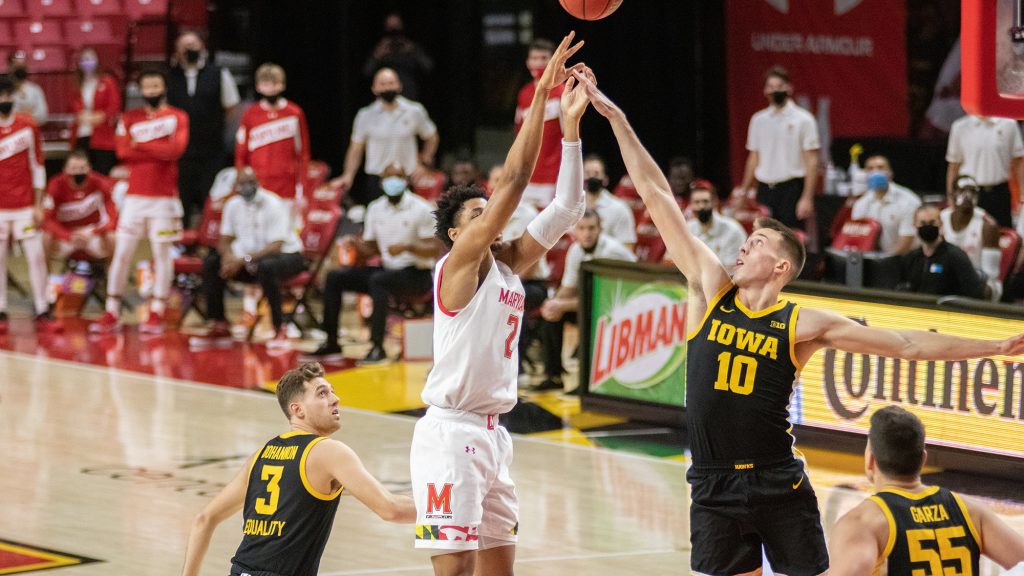 What to watch for Maryland: Perimeter defense

After coming off a brutal defeat to Iowa, Maryland finds itself facing yet another daunting Big Ten opponent in Illinois. Iowa may have had the No. 1-ranked offensive rating in the country per KenPom, but three-point shooting is one strength that Illinois boasts over the Hawkeyes, shooting 41.7 percent from deep — good for sixth in the nation. If Maryland hopes to keep the game close, they’ll need to toughen up their defense on the perimeter, as their opponents have shot 35.9 percent against the Terps this season. While Maryland also has struggled to keep up with their opponents’ rebounding, the perimeter defense will prove to be the difference between a blowout like the one against Iowa on Thursday (Iowa shot 50 percent from deep), and a game that’s actually within reach from start to finish like the game against Indiana on Monday (Indiana shot 18.2 percent from deep).

What to watch for Illinois: Kofi Cockburn and Ayo Dosunmu

There haven’t been many — if any — dynamic duos in college basketball more instrumental in their teams’ success than Cockburn and Dosunmu. With Cockburn providing the Illini with an unstoppable paint presence at all times — averaging 17 points and 10.1 boards a game — the seven-foot force comfortably finds himself within the conversation of best bigs in college. As for Dosunmu, the guard has shot at a 51 percent clip this year while averaging 22.3 points, 6.8 rebounds, and 5.1 assists. Illinois is at its best when both stars are on the court, as seen in their last game versus Northwestern which featured a monstrous 53-point second half to overcome a 15-point halftime deficit. The duo scored 22 of those second-half points, and in what looked like one of Illinois’ weakest performances, Cockburn ended up making eight of nine shot attempts while notching a double-double (18 ponts, 12 rebounds), and Dosunmu added 15 points of his own along with six assists.