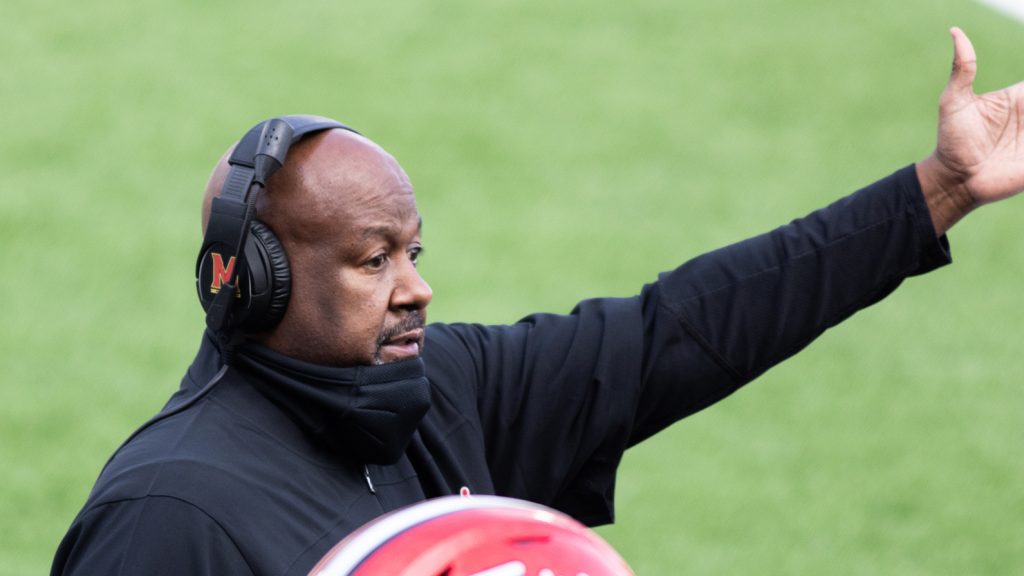 Maryland football offensive coordinator Scottie Montgomery and offensive line coach John Reagan will not be returning to the Terps after each spending two seasons in their respective roles. The moves were first reported by Yahoo Sports’ Pete Thamel and The Washington Post on Friday night.

Montgomery and Reagan are the first coaches to part ways with the program this offseason, and the departures open two key slots on head coach Mike Locksley’s staff.

Montgomery was among Locksley’s first hires in January 2019 and was tasked with retooling an inconsistent Maryland offense. There were flashes of brilliance in his two seasons at the helm — including opening his tenure with two 60-plus-point outbursts — but he was never able to fully find his groove.

Still, the Terps showed modest growth under Montgomery in the shortened 2020 season, averaging 409 yards per game while appearing more dynamic with quarterback Taulia Tagovailoa under center. But the side still scuffled against stronger defenses like Northwestern and Indiana, and ultimately the group lacked the consistency needed to compete for a full season.

It appears Maryland is close to finding a replacement for Montgomery, as Thamel reported that Cincinnati running backs coach Dan Enos is the leading contender for the job.

Like Montgomery, Reagan joined the Terps as one of Locksley’s earliest hires. He oversaw an offensive line that was badly in need of a retool.

The young group allowed the most sacks per game in the Big Ten in 2019, and while there were noticeable improvements in 2020, the corps was still a work in progress. This was most realized when the mobile Tagovailoa was not available against Rutgers and the offensive line allowed seven sacks.

Former NFL and XFL assistant Brian Braswell appears to be the leading candidate to replace Reagan, per al.com’s Matt Zenitz.