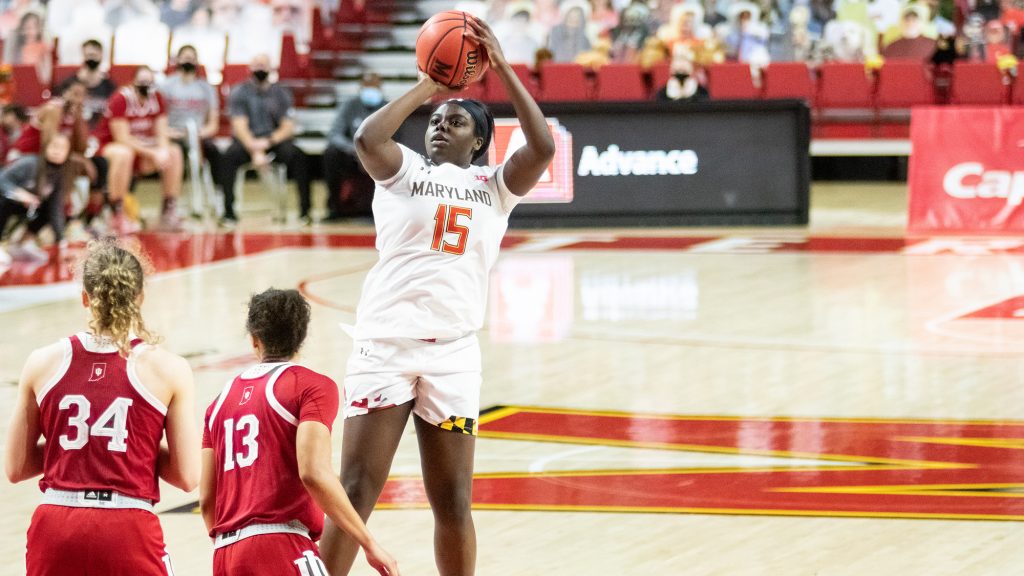 Ashley Owusu pulls up over an Indiana defender during Maryland’s 84-80 win over Indiana on Jan. 4, 2021, at the Xfinity Center. (Julia Nikhinson/The Diamondback)

During Maryland women’s basketball 84-80 victory over No. 19 Indiana, WNBA stars A’ja Wilson and Arike Ogunbowale showed love to the Terps on Twitter.

I’m tuned in to this Indiana vs. Maryland game right now & Berger and Owusu super nice!

Against the Hoosiers, Owusu had 20 points along with five rebounds and five assists. On the season, the reigning Big Ten freshman of the year is averaging 18.6 points and 4.3 assists per game, both of which are the highest on the team.

Wilson, who was named the WNBA MVP in 2020, was teammates at South Carolina with Lindsey Spann, a current assistant coach for the Terps. Wilson acknowledged Spann in her first tweet, before praising the team, and Owusu as well.

Brenda has always had a clean & even haircut!! Like wow that bob be swinging!! Lol