Through highs and lows, Maryland football’s seniors have left a lasting impression 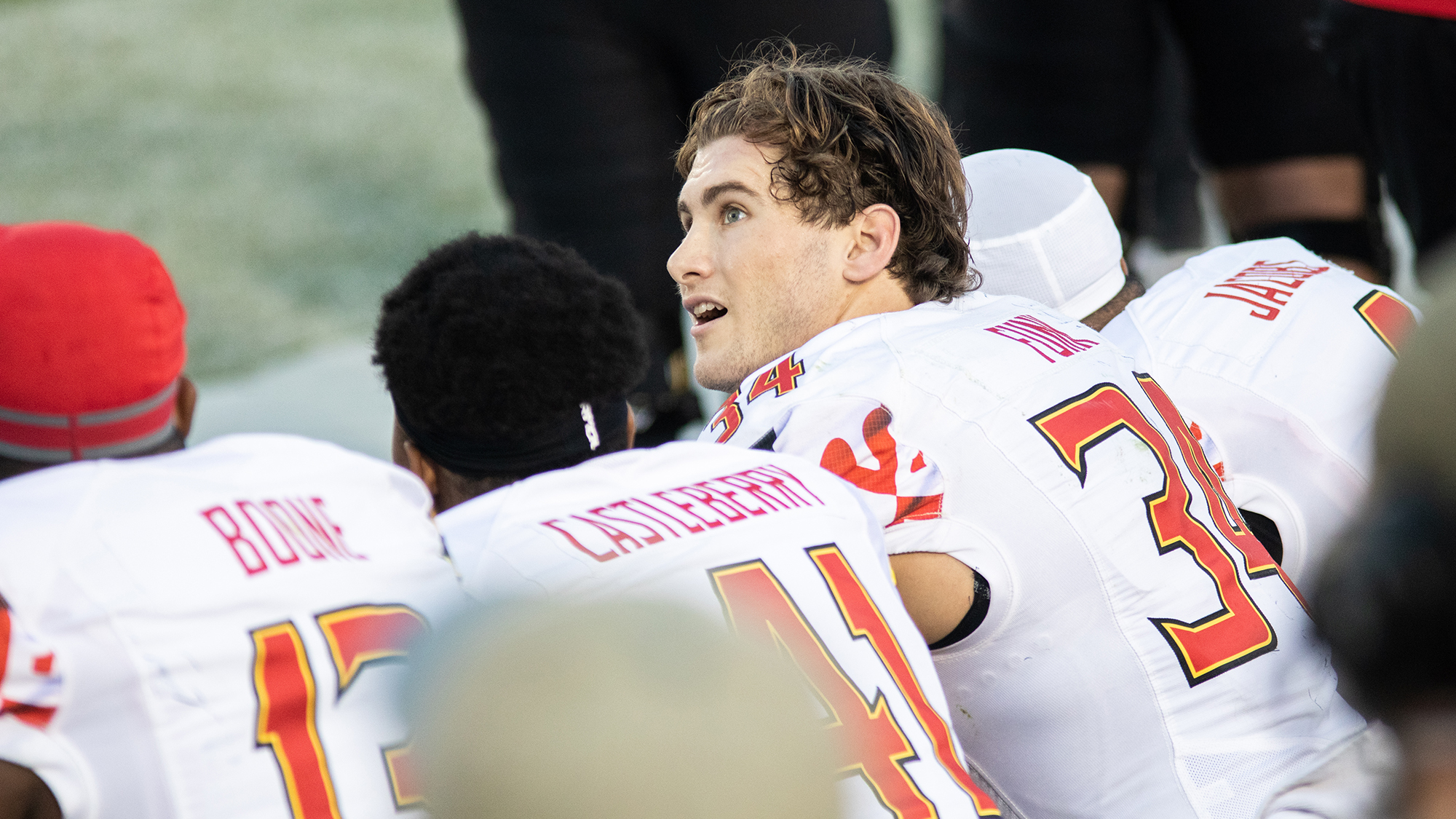 Running back Jake Funk sits on the bench during Maryland football’s 35-19 win over Penn State on Nov. 7, 2020. (Julia Nikhinson/The Diamondback)

Maryland football’s senior class has been through it all.

Three coaches, zero winning seasons, several major injuries, significant roster turnover, a pandemic and a tragedy have defined the Terps’ past four years. Nothing has been normal for this group, especially since teammate Jordan McNair died in 2018.

So as Senior Day rolls around in this unusual season, Coach Mike Locksley is taking time to reflect on the small group that has stuck with the program through the highs and lows.

“This group is one that really has shown great perseverance,” Locksley said. “This team kind of reflects this group’s personality.”

Maryland will honor seven seniors on Saturday against Rutgers. Some — such as running back Jake Funk, center Johnny Jordan, safety Antwaine Richardson and linebacker Shaq Smith — have turned into key starters or rotational players for the Terps. Others, including defensive lineman Cherokee Glasgow, tight end Zack Roski and kicker Tyler Rockhill, saw little playing time during their four years in College Park.

But all of them made their mark in some way.

Funk and Jordan led the on-field exploits, with the former rushing for 221 yards against Minnesota earlier this year and the latter anchoring a young offensive line. Their lasting influence, however, came from off the field.

Maryland is one of the most inexperienced teams in college football, with freshmen or transfers making up about half of this year’s roster. The Terps’ small core of seniors has set the tone for its teammates, helping the young talent thrive on the field — and grow into leaders off of it.

“It’s just mostly by example … every day coming to work … no matter the circumstance,” defensive lineman Mosiah Nasili-Kite said. “It rubs off on the rest of the team.”

And that has manifested in game action, too, particularly on the offensive side of the ball. Funk, the Terps’ longest-tenured player, is a reliable hand in a backfield that has given Maryland and quarterback Taulia Tagovailoa several explosive options, showing up in 35-plus point barrages against Minnesota and Penn State.

[Dontay Demus Jr. has been a steady force in Maryland football’s unusual season]

Jordan, one of just two upperclassmen that start along the offensive line, has led in quieter ways. He’s mentored his unit and turned a previously weak group into a serious strength, allowing just nine sacks this season.

“They make a big impact to our offense and just our team the way they lead at practice and how they carry themselves off the field,” Tagovailoa said.

In a normal year, these players would be finishing up their careers in the coming weeks. But in 2020, there’s a bit of a twist.

Each senior could return next year, thanks to an NCAA Division I Council ruling in August that granted a blanket waiver on eligibility to all fall athletes. That decision is up to the individual players, and Locksley said he would not speculate about possible returners for next season.

So while it won’t be a traditional Senior Day this weekend, Tagovailoa and the Terps are plugging along, hoping to give the senior class something to smile about.

“We got to send the seniors out the right way,” Tagovailoa said.