Maryland men’s basketball vs. Saint Peter’s: How to watch and what to watch for 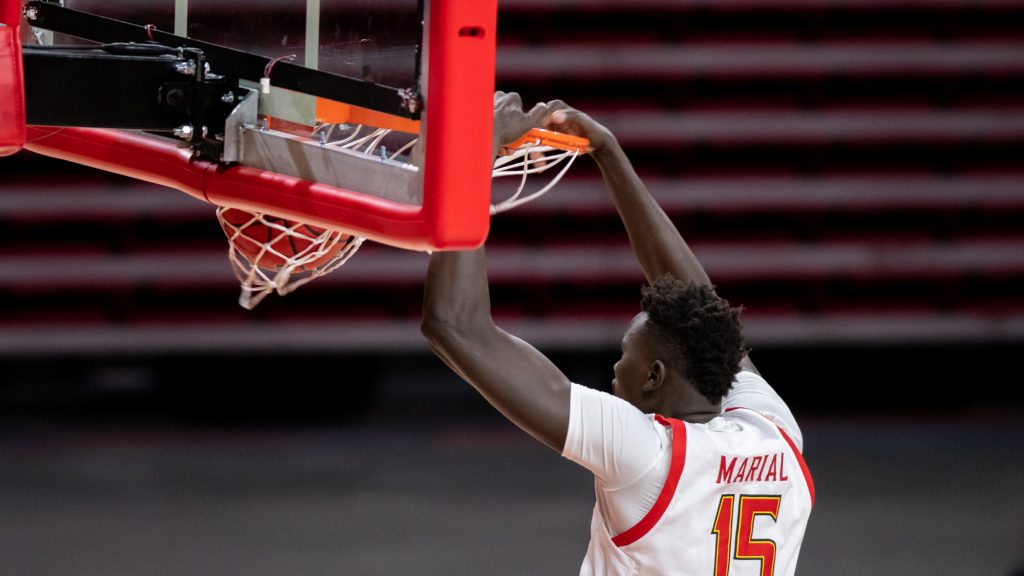 What to watch for Maryland: Small-ball lineup

During much of the second half of Maryland’s victory over Mount St. Mary’s, Mark Turgeon opted to run a “small-ball” lineup consisting of Eric Ayala, Darryl Morsell, Aaron Wiggins, Donta Scott and Jairus Hamilton. Offensively, it allows for Maryland to have five capable three-point shooters on the court, along with five players comfortable with the ball in their hands. Look for this lineup to potentially get more minutes against the Peacocks.

What to watch for Saint Peter’s: Three-point shooting

Mount St. Mary’s was able to keep close with Maryland for much of the game due to its red-hot three-point shooting, and Saint Peter’s could do the exact same. Through three games, the Peacocks are shooting over 40 percent from behind the line, making nearly nine threes per game. Sophomore guard Darryl Banks III has especially been hot, making eight of his 14 attempted threes, and is averaging 12 points per game.