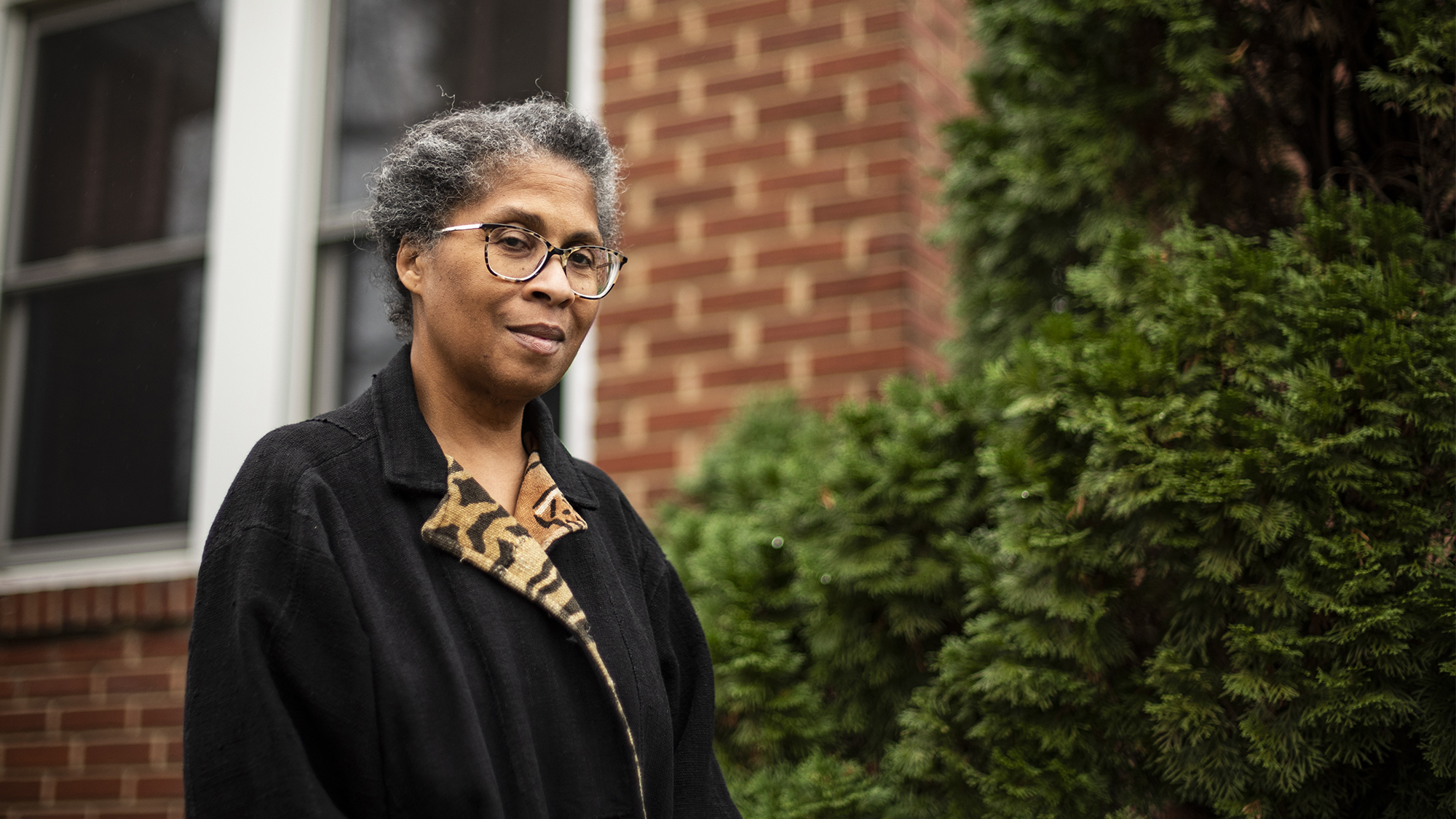 Maxine Gross at her house in College Park on Nov. 12, 2020. (Eric Harkleroad/The Diamondback)

For Maxine Gross, this past year has been bleak.

With COVID-19 ravaging the country under the current administration, she wondered if the American dream could survive another term with President Donald Trump in office.

“Is the American dream dead,” questioned Gross, a longtime resident of Lakeland, a historically Black neighborhood in College Park, “or is it terminal, and we’re just waiting for it to make its last gasps?”

Some local residents agree the past four years under Trump have been turbulent.

But in Prince George’s County, where 89.7 percent of voters — the highest proportion of any Maryland county — cast their ballots for Joe Biden, many felt the former vice president’s victory can bring the country a renewed sense of hope.

When Clarissa Balmaseda first heard the news that Biden won the election, she said she was elated. Voting for Biden had allowed her to express her frustrations with Trump, even though she supported some of Trump’s policies, like his toughened stances on China and the North Atlantic Treaty Organization.

Balmaseda described herself as politically moderate, but Trump’s divisive leadership swayed her to support Biden.

Even though Balmaseda is a registered Republican, she said she voted for Biden because she wanted to see a leader who would unify rather than divide. From the ongoing coronavirus pandemic to the mounting racial tensions within the United States, Balmaseda said she hopes Biden has the ability to be bipartisan and unite the country.

But Biden’s path to the presidency was not without challenges. Over 70 million people across the country voted for Trump, a statistic that indicates the country’s growing divides.

The fact that so many Americans voted for Trump created a feeling of hopelessness for Gross.

“Seventy million people in America really are willing to cosign his regime. That is a truly bleak sign,” Gross said. “People clearly know what he is and what he stood for.”

Gross was only eight years old when the Civil Rights Act was signed in 1968, and as she watched activists fight for equality, she said she thought there would be permanent change in America. Now, though, she no longer feels as optimistic.

However, Biden’s victory has provided a glimmer of that hope she once felt. She said she’d like to see him restore a sense of humanity in the country through honest, compassionate leadership.

Rose Greene Colby, president of the Calvert Hills Citizens Association in College Park, said she thinks Biden — a lifelong politician — can be a more steady and experienced leader than Trump. And with his political track record, she said, he can assemble a team in his cabinet that can better support a wide range of Americans.

In terms of specific policies, Colby would like to see improvements in both public education and higher education, because that’s where she believes many of society’s inequalities are rooted, she said.

An added bonus, Colby said, is the fact that Vice President-elect Kamala Harris will be the first woman to hold that position, making her a role model for young women across the country.

College Park resident Stuart Adams said he thinks the Biden administration can have an effect on the local area as well.

During the Obama administration, Greenbelt became one of the frontrunners for the relocation of the FBI’s headquarters. If Biden were to push that policy forward, the College Park and Greenbelt areas could become a job center, Adams said.

The FBI’s entrance to the area could also encourage heightened usage of public transportation at a time when, due to the pandemic, people are reluctant to use the Metro, Adams said.

“It might be a perfect fit for College Park,” Adams said. “I think it’d be just as transformational, if not more than, the Purple Line, because of just how significant of a building it is and how many good paying jobs [it will bring].”

But Gross said she still questions whether the U.S., with its partisanship and division, can come together as one unified community. She’d like to see Biden use compassion during a period in America where, she said, there’s a shortage of such leaders.

“We can talk about different policies and initiatives and all those kinds of things, but the first thing is, let’s go back to the golden rule,” Gross said.