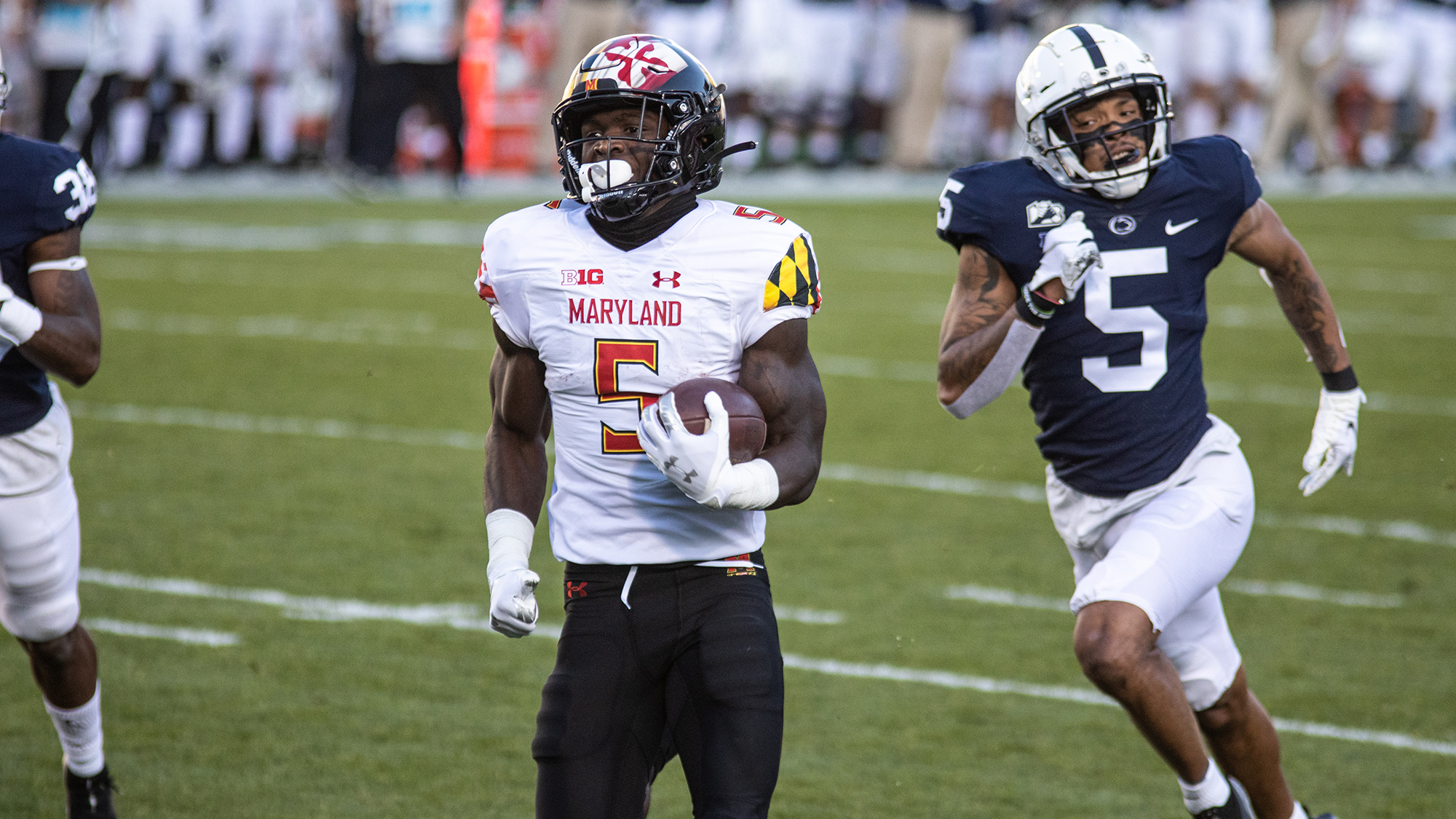 The five-star recruit tallied a combined 69 yards in his first two games but exploded on Saturday, racking up 144 yards and two touchdowns on five receptions against the Nittany Lions.

Those scores came in the first quarter of the Terps’ 35-19 win and kickstarted the second straight blazing performance for Maryland’s offense. It was a game marked by big plays, and Jarrett had his fair share of them. He snagged three catches of at least 29 yards, and his touchdowns came on nearly identical crossing patterns of 42 yards and 62 yards, respectively.

Jarrett is the Terps’ first conference freshman of the week winner since Anthony McFarland Jr. rushed for 298 yards and two scores against Ohio State in 2018.