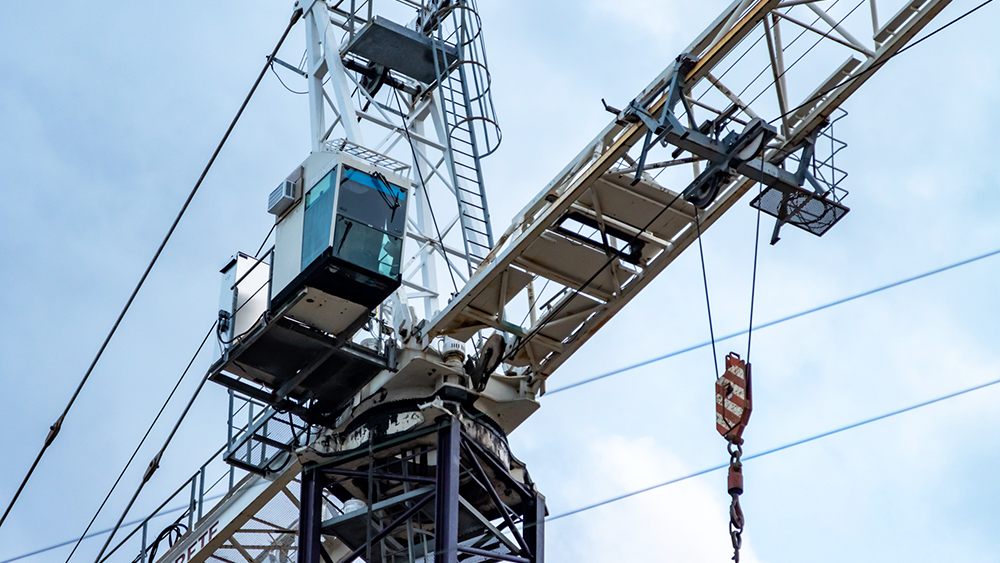 The construction site next to College Park Towers on Nov. 1, 2020. (Kurt Leinemann/The Diamondback)

From the development of the Purple Line to the building of a new city hall, construction projects are not new to College Park.

And three more community development endeavors are set to be added to the list of ongoing projects in the city, drawing mixed reactions from city residents.

Last month, the College Park City Council approved the development of a sidewalk along Edmonston Road as well as street and pedestrian improvements on Princeton Avenue in Old Town, and it awarded a contract for the renovation of Duvall Field.

A lot of the developments are focused on providing university students with housing, he said, and when the University View sold for over $200 million, it piqued developers’ interests.

“The scales fell off of the eyes of the broader development community,” Rigg said. “People said … ‘There is a real opportunity here in College Park.’”

Rigg said the end goal of both the large scale apartments and the smaller community improvement projects is to make College Park a walkable city conducive to living, working and shopping like in other college towns such as Boulder, Colorado, and Ann Arbor, Michigan.

But not everybody finds the large number of developments beneficial for College Park.

“I think they’re going a little too much, too fast,” said Jim Brown, who has been a College Park resident since 2006.

District 4 Councilwoman Maria Mackie said the idea behind the developments in the city was to make more residential housing available by creating more apartments oriented to students.

Mackie said the high rental prices of these developments drive up the retail prices of houses because it is more profitable to rent the houses out to students — creating a situation where it is hard for younger adults who just entered the workforce and have lower salaries to move into the city.

Mackie is also worried about the environmental impact of the developments on College Park.

“I am really concerned about … rainwater management and the tree canopy and keeping more green,” Mackie said. “I think it’s too much; there’s too much construction.”

Lily Fountain, a member of the Berwyn District Civic Association Board of Directors and a 43-year resident of College Park, shares Mackie’s concerns about the reduced tree canopy and the diminished natural protection from flooding caused by the construction and completed developments.

“There is a carrying capacity for what any given land area can sustain,” Fountain said. “I really think we’re reaching that in College Park.”

Fountain also recognized the developments have brought more businesses, such as finer dining establishments and better retail stores, to the city.

“We have to accommodate both the development and the climate change,” Fountain said. “This could be a destination, but if we become wall to wall pavement, we’re not going to be a destination.”