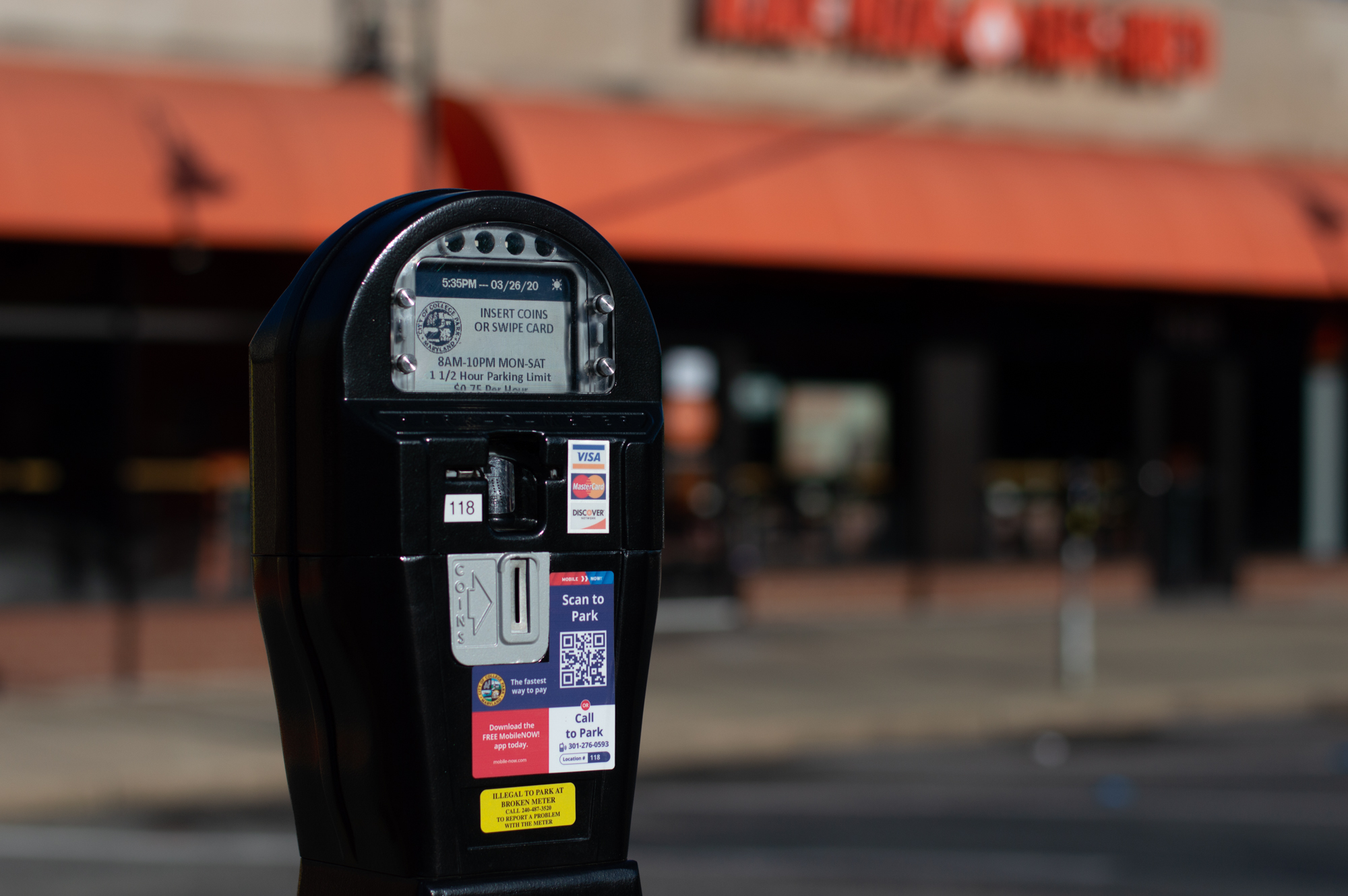 The College Park City Council discussed the city’s transition to a new parking permit system for residents during a work session Wednesday night.

In May, the council approved the city’s budget for the 2021 fiscal year, which included funds to purchase license plate recognition units to update parking permit enforcement in residential areas. Rather than looking for a physical permit hanging in a resident’s car window, which could potentially fall or be misplaced, the software will read the vehicle’s license plate and see if it’s registered in the city’s database.

Bob Ryan, the city’s director of public services, expressed hope that the new software would streamline parking enforcement in the city. It should be on the streets within the next month, he said.

“Overall, this will be a benefit to the residents, because they don’t have to deal with the hang tags,” Wojahn said.

Under the new system, the city will be using AIMS, a mobile license plate recognition system. The new technology should reduce parking permit costs and make hang-tag parking permits for residents unnecessary. Instead, residents will be able to apply and register for a permit virtually, using their license plate number. Visitors to the area can also register their vehicles online, but physical visitor passes will still be available, Ryan said.

Furthermore, residents would have to apply only once for a permit rather than having to renew their permits annually, so long as they don’t change their car or license plate, Ryan said.

Two city vehicles have been equipped with the new technology, and city parking enforcement director Jim Miller has been going on ride-alongs with parking officers to begin training them in the new system and testing its efficacy. Miller said the software has about a 99.9 percent hit rate, reading just about every tag it passes. In fact, it’s so effective that it’s been reading recycling and refuse cans, Miller said.

City manager Scott Somers said this method of enforcement would lend itself to a more streamlined process, even if there are only two cars patrolling residential areas.

“The fact you can just simply drive through a neighborhood more quickly without having to stop and issue a citation or a warning makes this a much more efficient process,” Somers said.

In the future, Miller said the city is hoping to equip the rest of its public services cars with the software, so any officer can use the new system to enforce parking regulations at any given time.

District 3 Council member John Rigg had questions about visitor parking permits in Old Town, since that area has one-day visitor passes rather than a one time visitor pass: Residents can purchase up to 20 passes and can keep them until they need to use them. Miller said the city’s public services department would have to take a look at those types of passes and see how they might be adjusted to fit within the LPR system.

The online registration for permits and visitor passes is currently up on the city’s website for residents who want to apply. Residents can also apply by mail or in person at City Hall. From there, a staff representative will review their application and verify the applicant is a resident of College Park and the registered vehicle is legitimate. After that, the vehicle’s license plate number will get entered into the city’s database.

Even for visitor permits, if a visitor is coming within an hour, a resident can still register their vehicle in the system, Miller said. Visitors are asked for proof of residence and the vehicle registration of the person they are visiting.

However, Miller said he understood residents may not be comfortable with entering guest  information into the database, which is why the city still has the option of physical visitor passes. Another reason is visitors aren’t required to submit a license plate number to register for a pass, which Miller found odd, considering the point of the software is to read a license plate. He said he would talk to his contact with AIMS in the future to clear up this confusion.