The View sold for $235 million 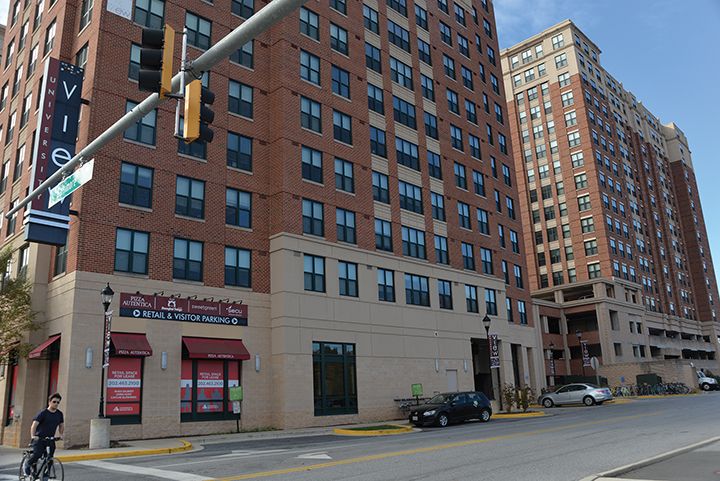 The View apartment complex on Route 1. (Ornelle Chimi/ The Diamondback)

The University View, a University of Maryland student housing complex on Route 1, sold to SSC Maryland Apartments, an affiliate of Chicago’s Scion Group, for $235 million.

The sale is the largest ever single-asset student trade in the United States, according to a press release from CBRE, the company representing the sellers.

Neither the Scion Group nor the View’s previous owners — Greystar, a South Carolina-based management group and Rockpoint, a Boston-based private equity firm — could be reached for comment.

“University View boasts eight consecutive academic years of occupancy above 99 percent and has had major common area capital improvements, including the renovation of 33 percent of the units,” CBRE’s director of student housing, Jaclyn Fitts, said in a statement. “The high occupancy rate demonstrated to potential buyers that University View is a top housing choice among University of Maryland students.”

University View, completed in 2010, houses almost 1,600 students, and several restaurants are located in the 9,218 square-foot retail space below.

“They had achieved their business plan,” Fitts said. Part of the plan included renovating the units in Tower II but leaving Tower I for the buyer to complete, Fitts added.

[Read more: Kapnos Taverna under The Hotel at UMD will close this Saturday]

“I think the sellers made a lot of profit on the sale,” said Ryan Chelton, College Park’s economic development coordinator. “I think that was their incentive for selling. There was nothing wrong with The View, per se.”

Residents will likely be unaffected by the change, Chelton said, although businesses in the retail space below might see different rental charges when they renegotiate their leases.

Joe Chen, the co-owner of Shanghai Tokyo Cafe — an Asian takeout restaurant located in the retail space below Tower II — expects to see changes in the coming months.

“Every ownership has the right to do his right,” Chen said. “We have no say.”

Jordan Hyman, a sophomore who is living in the View for the first time this year, said she’s excited about the change.

On Oct. 26, residents received an email from the building’s general manager, Amanda Pyne, about the sale. Pyne noted upgrades to Tower 1 including new flooring, furniture, appliances, countertops and fixtures in the “coming months.”

“They said that they will be doing renovations to all of the rooms, so I am looking forward to that,” said Hyman, an early childhood and early childhood special education major.

“I personally feel like their communication has been better, more emails,” she said. “They updated the student portal and website to make it more new and accessible.

That sale was the largest single-asset student trade in 2017, the sellers said in a press release.