With a youthful roster, Maryland football looks for confidence and growth 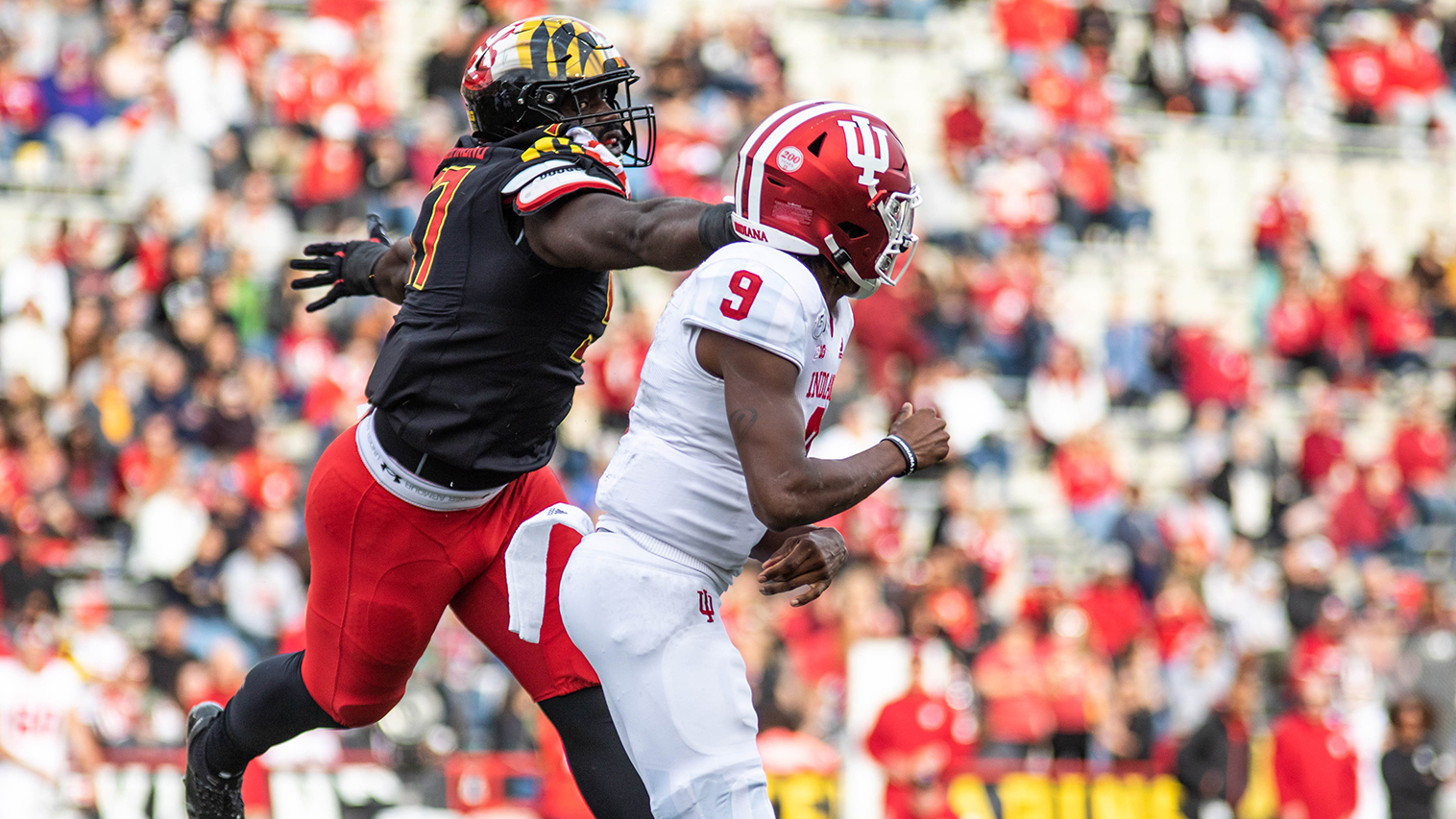 As Maryland football limped its way to a 3-9 finish last year, Coach Mike Locksley coined the season his “Year Zero.”

The coach had entered a program in turmoil the previous offseason, with Jordan McNair’s death and questions surrounding the team’s culture looming large. He had not yet built a roster with his own recruits either, so a poor 2019 season seemed inevitable.

That was all fine for Locksley, who began reshaping the program’s culture and roster with higher expectations entering the 2020 campaign. But then the COVID-19 pandemic hit, bringing practices — and the rebuild — to a halt.

Now, after several stops and starts, the Terps will kick off an abridged season at Northwestern Saturday, with questions surrounding how the team will perform given the limited practice time and unusual circumstances.

So how does Locksley view this year?

“I would count this year as Year 0.5,” he said in September.

Though a joke, that uncertainty permeated throughout Maryland’s offseason and seems poised to carry over into its games. About half of the squad is either freshmen or transfers, and that inexperience and youth may make for a learning curve this season.

Some of those problems have surfaced in practice already. The Terps have only been in pads since Sept. 30, and Locksley said his team committed too many penalties and unforced errors in the scrimmages leading to the Northwestern game.

Despite that, Locksley hopes some of his squad’s talent will offset those bumps, particularly on the offensive side of the ball.

That starts with the group’s deep receiving corps, led by Jeshaun Jones and Dontay Demus Jr. Jones missed all of last season with an ACL tear but had a breakout freshman campaign in 2018, with 461 all-purpose yards and eight total touchdowns including a passing score.

That’s a pivot away from past years when the team has taken a run-first approach. Nearly two-thirds of the Terps’ rushing production from last season is gone, as Anthony McFarland Jr. and Javon Leake both left, leaving a sizable hole in their wake. Jake Funk and Tayon Fleet-Davis will lead the backfield and attempt to fill some of that void, but Locksley can afford to take some of that pressure off by spreading the ball around.

“I feel like the coach is going to have the option to do as he pleases [each] week,” Jones said.

But the biggest factor in determining an offense’s identity is the quarterback, and Maryland might finally have some stability at the position after years of injuries and underperformance.

Sophomore transfer Taulia Tagovailoa and redshirt freshman Lance LeGendre competed for the job, and though Locksley said Tuesday he has made a decision about who has won the battle, he has not yet revealed it to the public. Still, either option would bring dual-threat talent under center, even though neither has seen extensive game time yet in their young careers.

But Locksley said he’s been impressed by both and could utilize them in unique ways.

“There’s something to be said when one of the quarterbacks that [isn’t] the starter that offers a skillset that can help as a playmaker in your offensive system, to utilize that skillset,” Locksley said. “I can foresee us doing [combination packages] here.”

While the offense has promise — if not results — more questions arise with the defense.

The Terps allowed the most yards per game in the Big Ten last year, and the side’s two biggest playmakers — Keandre Jones and Antoine Brooks Jr. — graduated. That leaves few known commodities and several inexperienced players trying to lower the 34.7 points per game the unit allowed in 2019.

That will start with defending the pass, which was Maryland’s biggest weakness last year, with a conference-worst 271.3 passing yards per game. It will need improvements across the board and leadership from several young players, including sophomore safety Nick Cross.

He’s taken over for Brooks as the lead at the position after a strong freshman campaign in which he tallied two interceptions and 45 tackles while appearing in every game. Cross said last year’s playing time helped him adjust to the tempo of game action, and he hopes to use that knowledge to step into a leadership role.

“I think just being more vocal on the back end, making calls and just making sure that I play with confidence and be able to help my teammates be able to play faster and know their assignments [is important],” Cross said. “Overall, just leading by example, showing up to work every day. We work hard.”

While the pass coverage struggled last year, the rush defense was slightly better, allowing 177.9 yards per game on the ground. But there could be a setback there too, with Jones gone and Oluwaseun Oluwatimi opting out for the season due to COVID-19 concerns.

Locksley could start up to five underclassmen in the front seven, with junior linebackers Chance Campbell (54 tackles, one interception in 2019) and Ayinde Eley (79 tackles, 0.5 sacks, one pick) expected to be the most impactful returners.

“That’s what building a program is all about,” Locksley said. “It’s about each and every player developing during the course of their time here … Though they’re young, these guys got some tools in their toolbox from the experience they gain.”

That’s Locksley’s goal for “Year 0.5” — getting Maryland’s young talent experience to grow them for the future while limiting mistakes, even if it doesn’t translate to many wins.

The Terps will see just how far along they are and how much work needs to be done Saturday against a defensively stout Wildcats squad coming off a disappointing 3-9 campaign. It’s experienced and well-coached, the perfect challenge as Maryland opens a unique 2020 campaign.

“They always seem to bounce back, and they’re a formidable opponent,” Locksley said. “I know [coach Pat Fitzgerald’s] team will be ready, as will ours.”