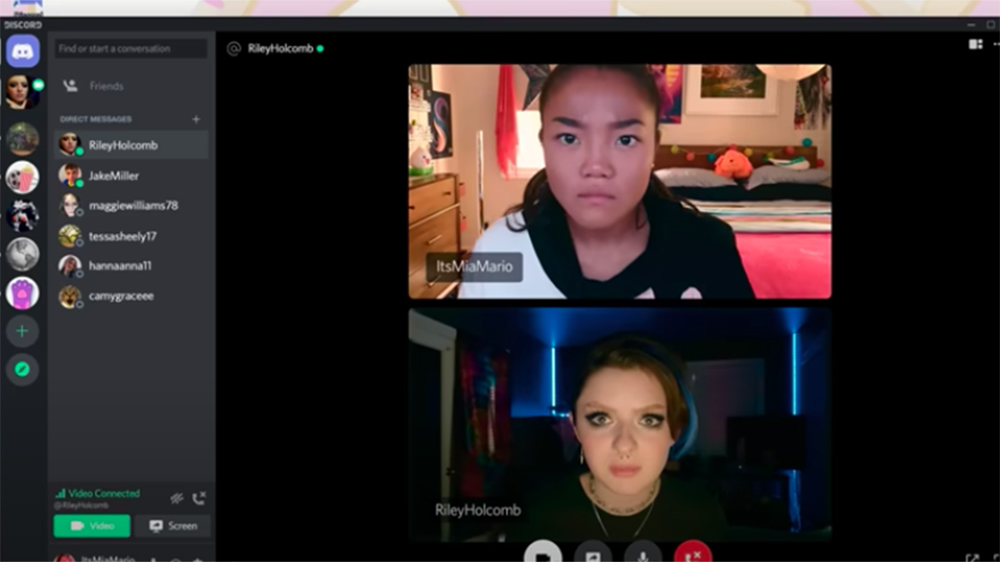 'Social Distance' is now streaming on Netflix. (Photo via Youtube)

Do you find yourself looking back wistfully on the past seven months? Are you nostalgic for the days of stay-at-home orders, whipped coffee and Tiger King mania? I’m definitely not missing it, but I won’t speak for others. That’s probably why I couldn’t get behind Netflix’s latest series, Social Distance.

In each episode of the tragicomedy, we’re met with new characters and their own unique struggles during the coronavirus pandemic. The show gives viewers the same visual experience as B-horror movies such as Unfriended or The Den. Many of the shots are done through Zoom calls, FaceTimes and home security footage.

When I first heard about it, I was disappointed — but not surprised — that Netflix hastily put together a show about something we’re very much still living through. Most of the television I watch these days serves as an escape, whether it be from the pointlessness of online school, my incessant social media usage or the dread of keeping up with the 24-hour news cycle. I’m not immediately drawn to watching fictional characters experience this as if it’s an event from the distant past.

And the predominantly virtual format doesn’t help, either. Each episode is 18 to 23 minutes long. There isn’t a ton of time to flesh out the stories of these characters as is, and looking through the lens of someone’s webcam for most of the episode just cheapens it. I found most of the stories behind these characters to be complex and well thought-out, but resorting to cheesy internet slang made them almost one-dimensional.

[Where did ‘Lovecraft Country’ go wrong?]

One episode that was the guiltiest of this was “everything is v depressing rn.” Mia, a teenage girl, confides in her friend Riley about a crush. Through numerous video chats, Riley is a solid support system — complete with an obscene amount of TikTok references. After a meticulous VSCO girl impression, Riley calls out Mia saying, “Now he’s single and he’s simping for you, and you’re too shook to do anything! Like, are you even the main character right now?”

Hey viewers, we’re signaling to you that you’re watching a couple of Gen Z kids talk, was it clear enough? Most of the dialogue from this episode seems like the out-of-touch slang seen on graphic T-shirts from H&M or Forever 21. And not to out myself as a TikTok historian, but this episode took place toward the end of May 2020. A VSCO girl reference would not have survived the meme life cycle up to that point.

This word vomit of Gen Z slang hurt this episode’s storyline, especially since it concluded with a devastatingly authentic issue. Mia, who is Chinese, came to find her crush posting anti-Chinese rhetoric with offensive coronavirus memes on Instagram.

The series needed to find a better balance of tragedy and comedy. Moments intended to be humorous turned much of the cast into silly caricatures of the time we’re living in.

Setting the cringe-inducing moments aside, there was excellent variety in the stories told in each episode. The choice to focus on new characters helped reflect how this pandemic has taken a toll on people in various ways, but cutting out the predominantly virtual visuals could have only made these stories stronger.

[Review: The lack of diversity in ‘Deaf U’ holds the show back]

The season concludes at the end of May, just as people all over the country began to protest after George Floyd’s killing. In this story, a young man named Corey gets into a heated argument with his boss about the protests. Compared to earlier episodes, this appeared to have less Zoom and FaceTime shots, which strengthened the narrative. For once, I wasn’t distracted by the show’s usual shtick. I was overcome with emotion from the massive generational clash between Corey and his boss, and the more traditional camera angles helped.

The timing of this series and its tendency to sensationalize current slang and trends were detrimental to its success — it comes across as a rushed attempt to capitalize on the turmoil we’re living through. I’d be totally okay with a television lineup that doesn’t reinforce the virtual landscape we’re subjected to every day. But when it comes to generating revenue and ratings, I know this idea won’t go far. I’ll consider watching pandemic-themed media when I’m actually able to look back on 2020 as a distant memory.