Review: The lack of diversity in ‘Deaf U’ holds the show back 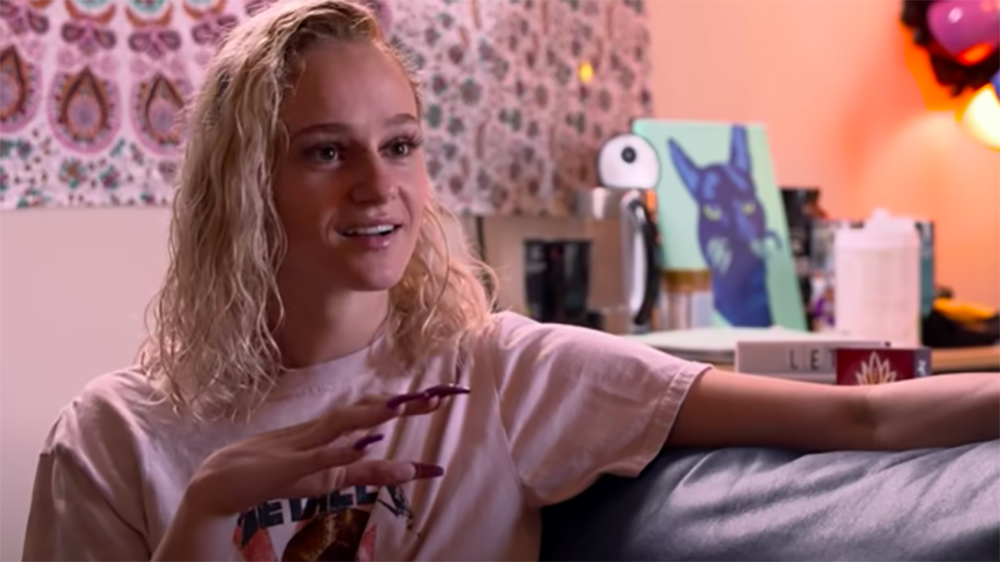 'Deaf U' is now streaming on Netflix. (Screenshot via YouTube)

I commend any television series that sheds light on an underrepresented group. And I want to give credit where it’s due to Netflix’s new show, Deaf U. While the series did teach me more about a lifestyle I’m not familiar with, it also treated its cast as more than people with hearing loss — it was an honest peek into their lives that dug deeper than I expected.

Deaf U depicts the lifestyle of a handful of deaf or partially deaf students at Gallaudet University in Washington, D.C. The docu-series was created by Nyle DiMarco, a deaf model and activist, who found that the media commonly portrays deaf characters as “one-dimensional.”

Hearing the unfiltered thoughts and experiences of the show’s cast was both refreshing and enlightening — I never realized how seemingly minor components of everyday life can become obstacles when your primary language is American Sign Language. In one scene, Renate Rose and her girlfriend, Tayla Newman, are getting manicures at the nail salon together. They basically can’t speak to each other during the spa trip as their hands are held captive.

Later on in the season, at an outing to a D.C. beer garden, the group promptly moves some of the seating around so they can face each other while signing. In a confessional, Daequan Taylor details the tendency to move around furniture in certain spaces so it’s more “deaf-friendly.” I’ve never been confronted with these challenges, and I was grateful for the new perspective. I recognized the importance of consuming media that tackles experiences you’re not personally familiar with.

The series even explored subcultures within the deaf community. Multiple characters take note of an “elite” group at Gallaudet — those who have been signing since birth. One student, Cheyenna Clearbrook, discusses how she feels like an outcast to her “elite” peers. Growing up in a predominantly “hearing” world, Cheyenna tends to mouth her words very clearly while signing. This doesn’t go unnoticed by Tessa Lewis, a member of this “elite” clique, who ridicules Cheyenna’s style of ASL.

It shouldn’t be surprising that there’s a cliquey class division at this private university. It was fascinating to learn how something as simple as when you learned ASL — which Tessa has known since birth —  in a way determines your “status.” This intersection of identities just demonstrated the sheer impact of socioeconomic status in all circles.

One intersection that felt abandoned by this series, however, was race. A majority of the female cast is white and blonde, and I think Deaf U completely missed the chance to highlight the experiences of women of color. I expected more representation from a series that champions representation.

Maybe the cast was selected based on who knows each other. One cast member in particular, Alexa Paulay-Simmons, seems to have a complicated love life with multiple male leads. I understand the need for on-screen chemistry between the cast, but it’s not like casting is a random process, void of selection. Throughout the series, I see a diverse group of people at both a Halloween apartment party and a poetry slam Renate performs at. Why couldn’t we see some diversity in the leading cast?

[‘The Boys’ gave us a second season full of laughs, shocks and quiet optimism]

At some points, it felt like the casting was based on who some cast members were sexually attracted to. Dalton Taylor painfully confirmed this when he told one of his friends he had a weakness for blonde hair and blue eyes. I expected more from a docu-series in 2020.

While this dearth of diversity was difficult to ignore, I still want to acknowledge Deaf U’s successes. The narrative wasn’t entirely focused on the fact these students were deaf or partially deaf — it explored their interpersonal conflicts and past traumas. The series even managed to capture the divide between this elite group at the school and those who come from both hearing and deaf worlds, as Cheyenna explains in the finale episode in a snippet from a video on her YouTube channel. If Deaf U was able to uncover these subgroups, then I think they’re capable of casting a wider demographic.