‘The Boys’ gave us a second season full of laughs, shocks and quiet optimism 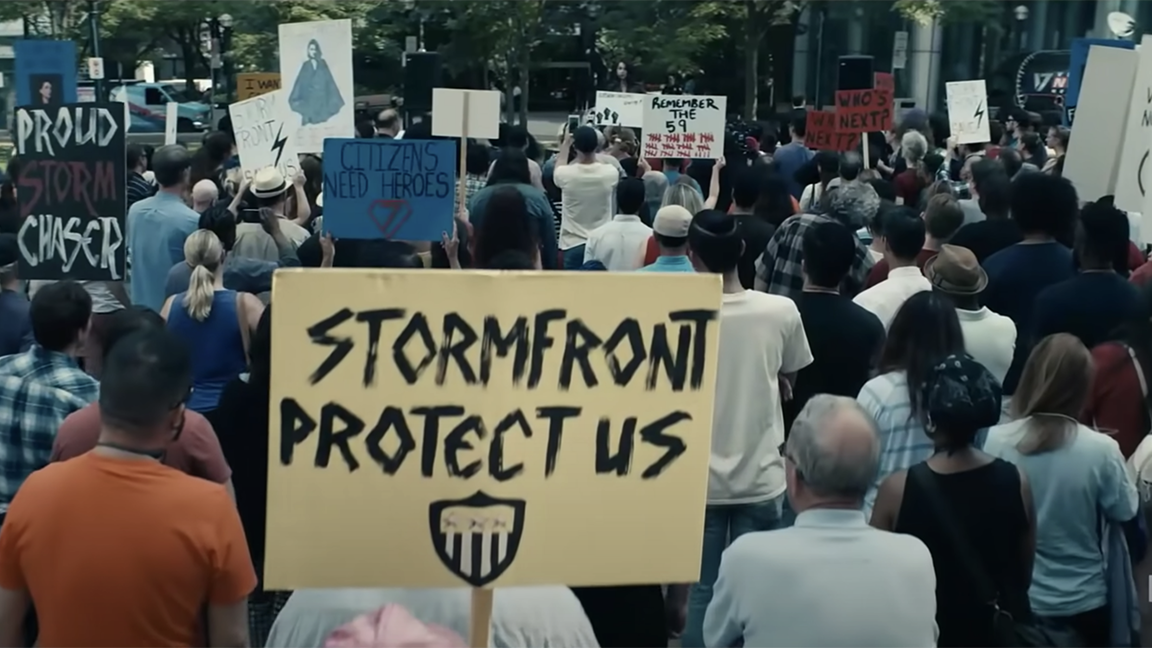 The final episode of season two of 'The Boys' dropped on Amazon Prime Friday. (Photo via YouTube)

This article contains spoilers for season two of ‘The Boys.’

It’s all fun and games until heads start exploding.

The final episode of the second season of The Boys aired on Amazon Prime Friday. It was a pretty optimistic ending, at least compared with the first season’s finale. Sure, just like the first season, this last episode had its share of deaths and horrifically gory moments, but it also had a lot of light to it.

For the uninitiated, The Boys takes place in a reality where superheroes not only exist but are controlled by corporations and largely run amuck, free of pesky morals or legal consequences for the death and destruction they cause. A group of vigilantes, The Boys, are assembled to combat the most powerful group of supes: The Seven.

Season two started a lot like season one. The titular group went toe to toe with the corrupt band of supes, and the focus was mainly on the characters and their own personal motivations. You got some great black comedy, some stomach-churning violence and a largely self-contained story. But something changed about halfway through this season.

For one, new Seven addition Stormfront began shedding her feminist “girl-power” exterior for a more right-wing extremist public persona. In turn, the final two episodes had an increased focus on mirroring real life, incorporating political allegories more and more into the plot. This most notably included the brainwashing of a disaffected public through propaganda and fear mongering. This wasn’t subtle. To illustrate this, Stormfront wound up being a literal Nazi — not one of those neo-fascists, either, but an actual Third Reich member from the 1930s. It was an interesting olive branch to our modern political landscape from a show that previously focused mostly on dreaming up the most insane ways for random people to die.

As the second season wound through its plot, the show became more comfortable with balancing the personal arcs of the characters with the broader messages they were attempting to tell. One of the most effective cold opens involves a young man endlessly taking in Stormfront’s extremist rhetoric until he ends up killing a store clerk for mistakenly believing he is a superpowered terrorist. The way the show sums up the birth of an entire generation of neo-fascists that sprung up from internet trolls, incels and Proud Boys in less than three minutes is the most stirring and impressive sequence yet.

We also get to discover more about the backgrounds of the characters. Frenchie’s trauma and regret become clearer, the introduction of Kimiko’s brother sheds light on her torturous past as a test subject and everyone from Mother’s Milk to Starlight gets to reminisce about how the adults in their lives shaped who they are today. The only real question that remains is Homelander. We know a few details about his past, including his mommy issues and being practically raised by Vought International, The Seven’s managing company, but the realities of how he became the egomaniacal and narcissistic person he is remain unanswered. That’s probably being left for season three.

Speaking of season three, it seems like season two’s finale is intentionally more conclusive than the previous season’s cliffhanger ending involving Billy, his wife Becca and her baby with Homelander. Maybe that’s because the writers know that the show’s future isn’t guaranteed, despite Amazon already having greenlit another season. Because the coronavirus has made any kind of production uncertain for the future, there’s a chance the writers hedged their bets and made a season two finale that could very easily conclude the series if need be. GLOW and Drunk History were two shows that were promised an additional season before being unceremoniously canceled instead. Maybe there’s a fear of similar circumstances befalling The Boys.

[This database is helping me expand my music taste]

If this really was the last episode, it works pretty well to wrap up the series. Starlight and Hughie are together, as are Frenchie and Kimiko. Maeve gets to be a hero again. Mother’s Milk gets to see his family again. Homelander has his tail between his legs. They had to suffer some tough losses to get here, but overall the feeling is upbeat and optimistic. The show punishes its antagonists and portrays a world where forces of good really can win, even if those wins are fragile and tenuous.

For the record, I’m almost certain that we’ll get more of The Boys, but if it all ended here, what remains is two seasons of hilarious, imperfect, ludicrously filthy and highly entertaining stories. The show was sometimes more concerned with literally blowing minds than metaphorically doing so with great writing and proper pacing, but overall it still remains one of the best series out there right now. It’s all available on Amazon Prime, and I highly recommend a binge watch. Just be prepared for it to get messy.