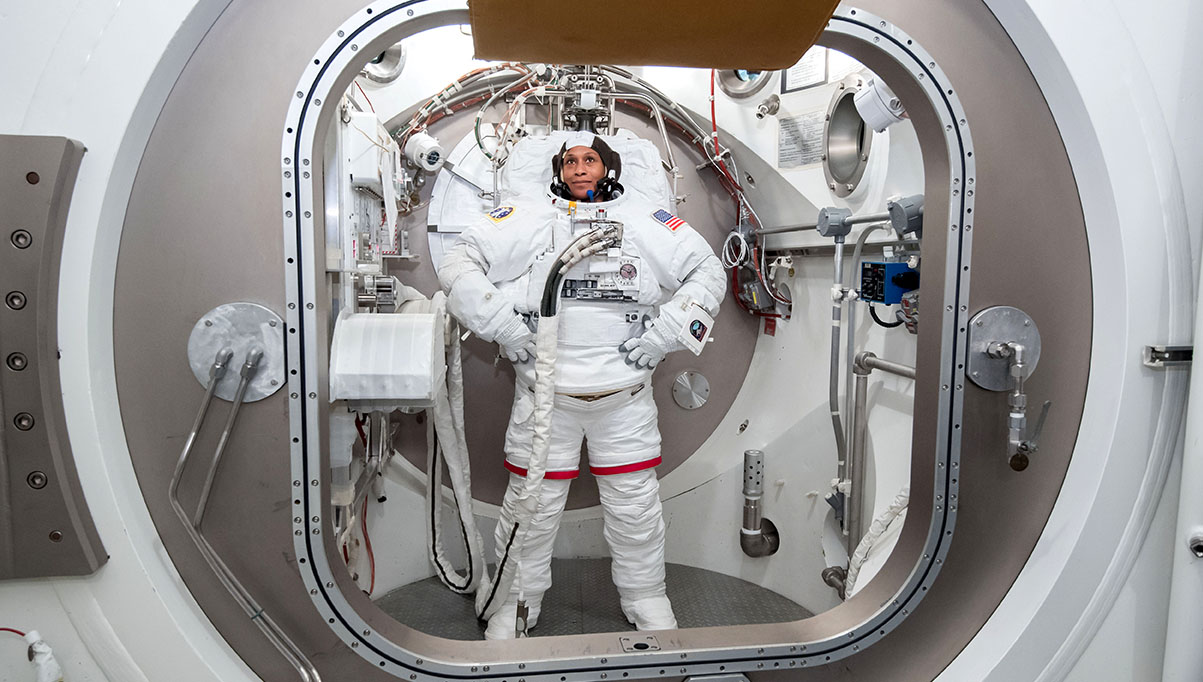 Jeanette Epps, a University of Maryland alumna, is set to be the first Black woman to join the International Space Station crew. Epps will embark on a six-month mission that is expected to launch in 2021, alongside two other NASA astronauts, according to a NASA press release.

“Jeanette Epps is the natural addition to NASA’s Boeing Starliner-1 mission,” the press release read. “She fully complements the other members of the first Boeing full duration crewed mission.”

Epps received her master’s degree in science in 1994 and a doctorate in aerospace engineering in 2000 from this university, according to the press release.

Over the past few years, Epps has returned to the university to speak to students about her time on the campus, encouraging others to pursue aerospace engineering.

During Epps’ time as a student, Inderjit Chopra, director of the Gessow Rotorcraft Center — an aerospace research center at this university — and a university professor in aerospace engineering, was Epps’ advisor.

“Her strength was that she was a very diligent person,” Chopra said. “What she didn’t know, she basically compensated by working very hard.”

One of Chopra’s memories of Epps as a student, he said, happened one night when he went to pick up documents from his office at about 2:00 a.m. He had just come back from a trip overseas, Chopra said, and was surprised when he heard a sound coming from the lab.

It was Epps, along with her sister, who was pursuing a doctorate in chemistry at the time, working late into the night.

“Not many graduate students will be on campus at that time,” Chopra said. “She really impressed me enormously.”

When Epps applied for the NASA astronaut course, Chopra wrote about what he had seen from Epps that night in his recommendation letter. But it was Epps’ persistence and motivation that got her to where she is now, Chopra said.

Rosemary Parker, the director of the Center for Minorities in Science and Engineering at this university, said she knew Epps as a graduate student and has watched her career flourish over time.

“I am just in awe of this person.” Parker said. “I can’t believe this person — this graduate student — is now this astronaut.”

Parker’s job at this university’s engineering school is to increase and retain the number of underrepresented minority students in the program.

[“He can do anything”: UMD alum Robert Klemko shifts from covering sports to COVID-19]

In fall 2019, there were 618 undergraduate students enrolled in this university’s aerospace engineering department but only 25 who identified as Black or African American, according to a report from this university.

Matt Stone, who recently graduated from this university with a master’s degree in aerospace engineering, recalls there being very few women of color — if any — in his classes.

“If I was to average it, I would say it was probably one-third female at tops … and that’s just for male versus female,” Stone said. “In terms of African American females, you know, I really just don’t even remember there being that many in any of my classes.”

Mary Bowden, the acting director of Women in Engineering and an aerospace engineering professor at this university, said she thinks that Epps’ influence is important for young girls to see, especially young Black women.

“As soon as you start seeing people who look like you in this job, it’s so inspirational,” Bowden said, adding that it’s important for young women — especially Black women — to see that if Jeanette can do it, they can be an astronaut, too.