UMD students and alumni petition for reform of policing on campus 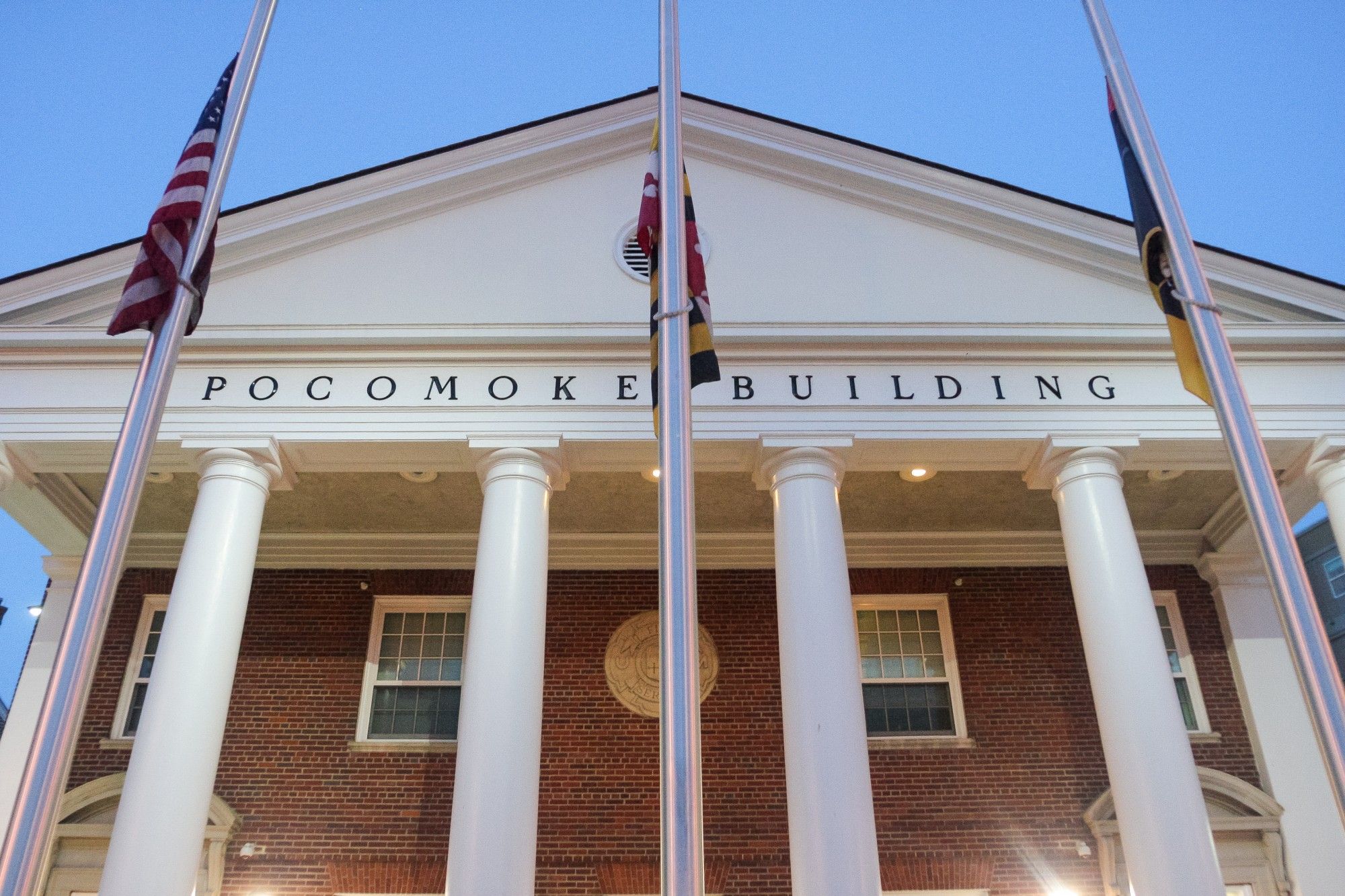 The university's police department is headquartered in the Pocomoke Building on Route 1. (File photo/The Diamondback)

By Angela Roberts and Rachel Hunt

Katie Wilson was a freshman at the University of Maryland when she was handcuffed and escorted out of Cumberland Hall by two University Police officers as she sobbed, she said. People stared as she walked past.

She wasn’t guilty of any crime — she was in the middle of a mental health crisis.

A concerned friend had contacted the health center who deemed it necessary for her to be taken to a psychiatric evaluation at a hospital after she said some things she “probably shouldn’t have.”

Involved in a toxic relationship, it had been a pretty dark time for Wilson, she said. And her interaction with the police made the situation even worse, she said.

“I’d blocked it out of my memory, but when I remembered that that did happen to me, I thought, ‘Why does the University of Maryland have a police department that does that?’” said Wilson, who graduated from the university in 2019 with a psychology degree. “Why is it even necessary for them to be involved in situations like that?”

Five years later, Wilson is fighting to change the university’s police department, so other students experiencing mental health episodes won’t be met with handcuffs. She’s joined a league of other students and alumni at this university who have been inspired by recent protests against police brutality and systemic racism to draw up petitions, calling for reform to institutions on the campus — including the severance of the University Police’s relationship with the Department of Resident Life.

As of Tuesday, more than 1,200 people had signed onto Wilson’s petition, which calls for the university’s police department to be reformed and defunded. And more than 2,000 had signed onto the petition rising senior Tania Otero Martinez created, which specifically demands that resident assistants no longer be required to call University Police for suspected drug use or for students who express thoughts of suicide.

In an email, a university spokesperson highlighted the school’s recently released anti-racism plan, which sets out a series of conversations between administrators and members of the campus community. The spokesperson also shared a statement from the university, lauding the role petitions play in advocacy work.

“Creating change on our campus will involve the bringing together of our students, faculty and staff to determine a better future for all,” the statement read.

Wilson’s petition demands the university establish a law enforcement degree program and require annual mental health and racial bias screenings for University Police officers. It also requests that all officers receive training on interacting with people who have disabilities and on de-escalation techniques that do not require the use of weapons, as well as on the history of racism in policing.

Additionally, the petition calls for meetings between University Police and members of the campus community to encourage communication between the parties and encourage transparency from the police department. It also calls for the removal of “military-grade gear” from the department, which Wilson said is a reference to the department’s participation in the Defense Department’s 1033 program.

And in terms of reforming the way mental health care is handled on the campus, Wilson’s petition calls for the university to send social workers or other mental health workers when the police are called in to deal with a nonviolent incident.

In an interview with The Diamondback, University Police Chief David Mitchell welcomed additional spending on mental health personnel and programs. He also said that he had recently spoken with the university’s counseling center director about how they could “reimagine” the ways the police department responds to calls for individuals experiencing mental health issues.

But Mitchell argued the use of restraints during a transport — like the handcuffs used on Wilson — is necessary.

“You can imagine how tragic it would be if, during a transport, an unrestrained person opened the door to the police car and jumped out while it was moving,” he said. “This is for their protection, as well as ours. We’re not trying to scare anybody. We’re not trying to give them memories that cause them to never want to come back to campus. We’re there to assist them.”

As for the other requests included in Wilson’s petition, Mitchell said many are already in effect at the department. Three years ago, the department conducted an implicit bias training for officers — training that has since been incorporated into the police academy for recruits to complete. Officers also undergo annual updates in the training, Mitchell said.

Additionally, Mitchell said, officers receive training on how to handle situations involving mental health issues and people with disabilities, as well as how to defuse a situation without the use of weapons. Officers also learn about the history of racism in policing, Mitchell said.

The department has also engaged in meetings with community members in the past, Mitchell said, pointing to a town hall he participated in earlier this month held by Nyumburu Cultural Center and the Black Faculty and Staff Association. And, he said, the department has already returned some of the equipment it received under the 1033 program.

“I’m in the process of taking a very hard look at the 1033 program,” he said. “There’ll be more to be said about that as time goes on.”

Meanwhile, Otero Martinez said she and eight of her fellow RAs in Elkton Hall began the petition to cut ties between University Police and Resident Life to make the campus a safer place for students, particularly students of color.

According to the “Resident Assistant Duty and Emergency Response Manual,” when a student appears to be a danger to themselves or others, either the RA or resident director on duty should call University Police. The manual also states RAs are expected to call University Police any time drug use is suspected in the dorms.

“A lot of people will tell you in the role, ‘Yeah, well, they did that to themselves,’” said Otero Martinez, a criminology and criminal justice and public policy major. “And I’m like, I guess you could look at it that way. But it’s kind of like, at the end of the day, we were the catalyst for that … And I just don’t think that’s right.”

Mitchell said the sort of policy charge Otero Martinez’s petition is calling for is not up to him to decide. If the policies that dictate the relationship University Police has with Resident Life are adapted, Mitchell said he would abide by the change.

However, he raised concerns with the petition’s demands.

“If they don’t want the police to respond to mental health calls, well, then who’s gonna respond? Are they gonna respond?” he asked. “You know, if that would include somebody on a ledge, and they don’t think the police should be called, I’d really have to question that.”

Within 24 hours of her posting the petition, Otero Martinez said, it broke 1,000 signatures — well over what she thought it would get. She said she and her coworkers were hoping to rally support around the petition’s demands before taking them to Resident Life.

As for Wilson, she said her main goal in posting the petition was to welcome student feedback and reach those in positions of power who can enact change.