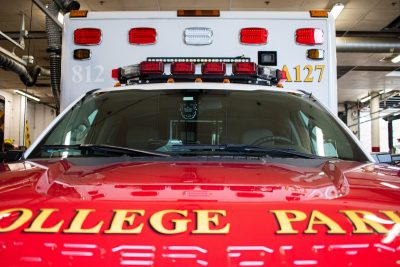 College Park and Prince George’s County firefighters responded to a blazing shed in the Calvert Hills neighborhood early Sunday morning, according to a spokesperson from the county’s fire department.

The shed, located near the 2300 block of Drexel Street, was completely engulfed in flames when firefighters were dispatched before 6 a.m., said Jennifer Donelan, the county fire department’s public information officer. It caused $10,000 worth of damage, she said.

A neighbor called 911 to report two shed fires, but when firefighters arrived on the scene they found that a fire had overtaken one shed and then spread to a second shed and a fence, Donelan said.

Firefighters were able to completely extinguish the fire, Donelan said. There were no injuries, she added.

The cause of the fire is undetermined and under investigation, Donelan said.