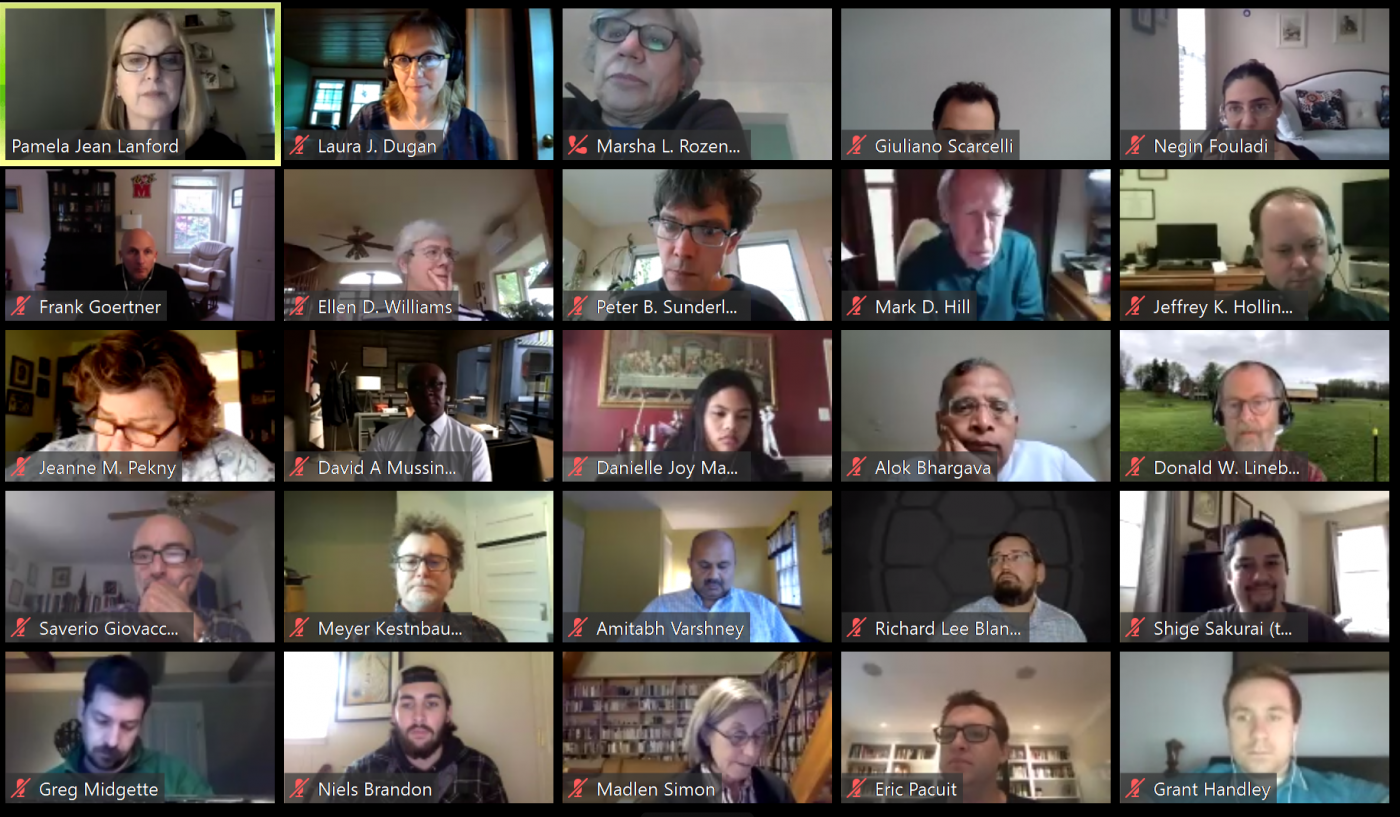 The University Senate's final meeting of the semester on May 6, 2020. (Lyna Bentahar/For The Diamondback)

University Senate chair Pamela Lanford stepped down Wednesday afternoon during the body’s final meeting of the school year, as Laura Dugan, professor and associate chair of the criminology and criminal justice department, gets ready to take the helm.

Dugan’s transition comes at an uncertain time — as the University of Maryland prepares plans to return to the campus and as Darryll Pines, the current dean of the engineering school, prepares to take over as president.

“It’s a pretty critical time,” Dugan said. “I’m happy to have a way that I can help serve.”

Dugan has worked closely with Lanford throughout the years — Dugan was nominated in Lanford’s first of three years on the Senate.  And while Lanford says Dugan’s leadership will be stylistically different than her own, she’s excited to see what Dugan brings to the office.

“We come from different parts of the university background and have different approaches, personality,” Lanford said. “I think that actually strengthens the office of the chair.”

Lanford left both returning and newly-elected senators to Dugan, including Jeff Hollingsworth, the university’s chief information officer and vice president of information technology, who hinted at the senate’s need to make long-term considerations for how the university would operate online, even as it makes plans to return to the physical campus.

Though he applauded his team’s work for getting the university onto Zoom in less than 72 hours, the university and the Department of Information Technology will have to be in constant search for new platforms, he said.

Technology is something Dugan will have to consider in her term as chair, as she hopes to keep some technologies and practices that came out of the demand for social distancing during the pandemic. She hopes to use Zoom for small but regular meetings with senate leadership in the Big Ten, as well as with leaders, including the provost.

“The level of technology that’s available to us that we didn’t even know about before the pandemic will make things a lot easier,” Dugan said. “And I think that people have become very adept at being able to communicate electronically now.”

While she leads the senate back on campus, the senate will be working under the Pines’ presidency, who will start in July. Though Dugan has never met Pines, she said she is optimistic about their partnership.

The senate should be a resource for the president to connect with the larger campus community — which Pines has been receptive to, she said.

Dugan said it should be easy to get Pines acquainted with the senate since he’s served as a dean. His perspective as dean and relationship with students, she said, have already given him knowledge of certain processes Dugan would have otherwise had to prepare for with a president coming from the outside.

But with a pandemic uprooting a lot of tradition, Dugan is looking to keep as much of her former plans with the administration as she can, while remaining as flexible as possible.

“I think that [being flexible] is even more crucial, not just with the new president, but because there’s so much uncertainty moving forward,” Dugan said. “Right now, it’s just exhilarating.”