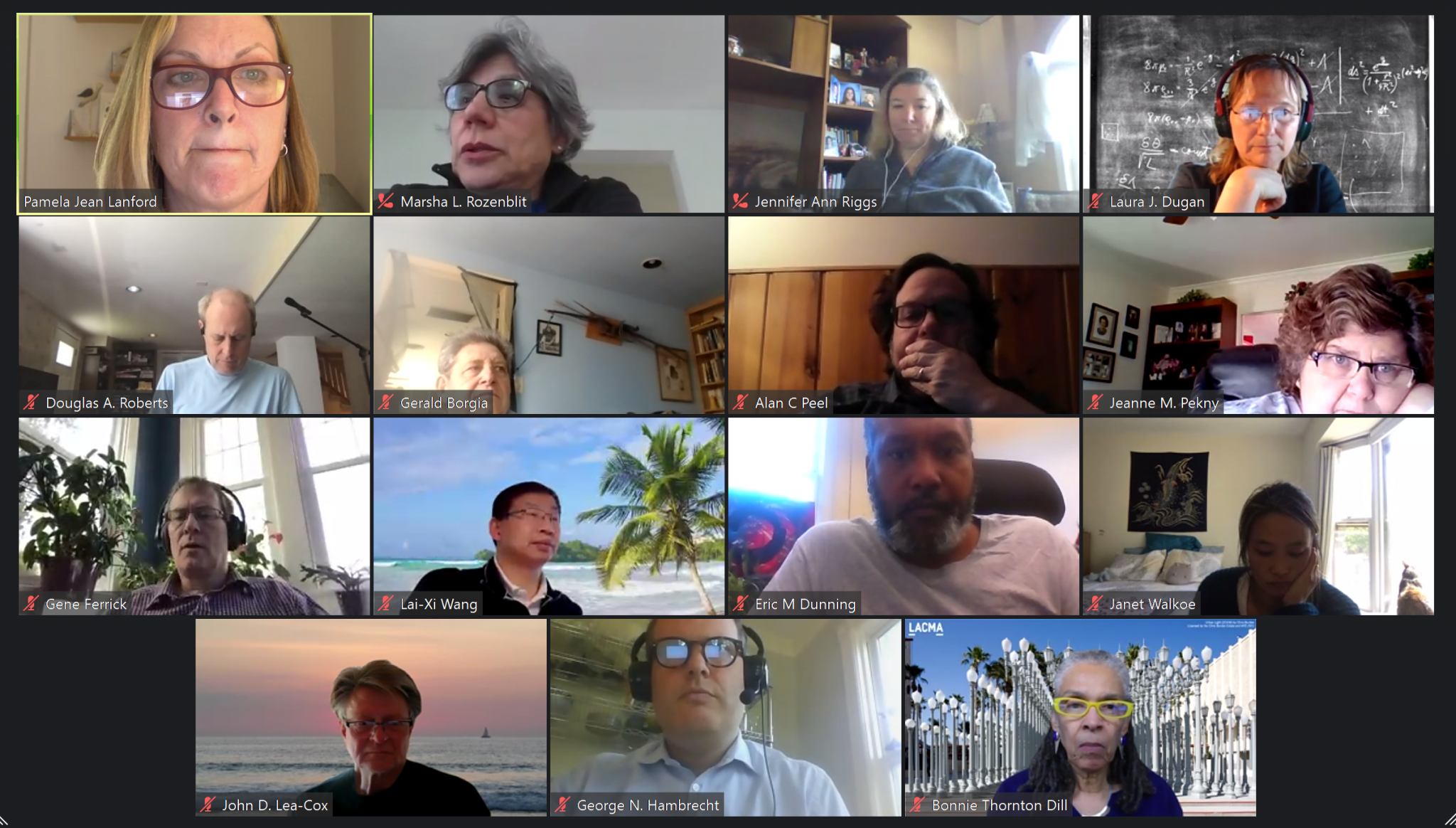 The University of Maryland's Senate meets over Zoom on April 22,, 2020. (Lyna Bentahar/For The Diamondback)

April is usually the University Senate’s busiest month, with two full-body meetings instead of just one. This year, though, the group’s first meeting was canceled, and its second meeting was pushed back by a week.

The spread of the novel coronavirus and the University of Maryland’s transition online threw the body for a loop — as of early March, its bylaws did not allow for senators to vote on policies and procedures without meeting in-person.

During the extended spring break, though, the Senate Executive Committee revised the group’s bylaws, permitting votes and discussions to occur over online chatrooms. However, challenges remain for the Senate in the new reality imposed by the global pandemic.

Still, senate director Reka Montfort expressed confidence that the body will adapt — just like it did when she introduced clickers to replace the cards that senators used to raise for each vote.

“It has been a unique challenge,” she said.

For one,  the senate’s office is typically manned by at least five employees. However, Montfort and Sarah Hughes — the senate’s senior policy advisor — had still been trying to hire two staffers when the university transitioned online in March, and another employee was already set to leave in April.

Now, Montfort and Hughes have been left to coordinate meetings through Zoom and improvise voting with polling software, such as TurningPoint, all by themselves.

Additionally, even though issues caused by the Senate’s bylaws were resolved during spring break, the Senate adjusted its meeting schedule to give senators the chance to get used to their new online working environments before focusing on their senatorial duties.

The body held its first virtual meeting Wednesday afternoon, convening over Zoom to pass three pieces of legislation — including a resolution that called for the university’s president to create a type of leave that would allow university employees to spend business hours serving their communities.

The resolution, introduced by LGBT Equity Center associate director Shige Sakurai, passed 60-19, with 11 abstentions. While some senators raised concerns about the resolution — with one asserting that employees should prioritize students during work hours — Sakurai spoke positively about its implications during the meeting.

“The University Senate believes our university community must always be a beacon of hope and of service to our greater communities,” Sakurai said.

But even though the senate can now resume its usual operations through discussion and voting, the work of some committees has stalled, since they require the support of campus groups and offices that are now swamped with their own coronavirus-related problems, such as the University of Maryland Police.

Montfort and Hughes have been making the most of their time by prioritizing the most pressing issues for their office and pushing legislation that’s already been approved by committees to be voted on. Most other legislation, however, will likely be pushed into the fall semester, Hughes said.

“It’s just disappointing for us that we don’t get to see [committee work] come to fruition,” Hughes said. “It’s just taking it day by day and seeing how our work is impacted.”

[Read more:UMD Senate is considering a bill that would require background checks for all staff]