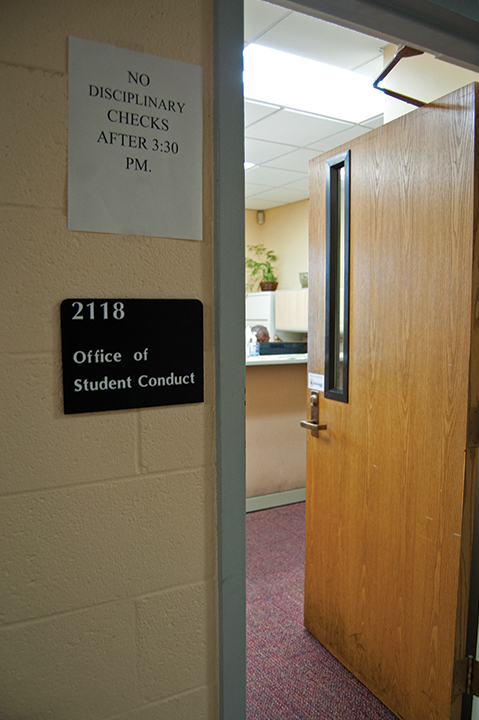 The University of Maryland Senate voted to clarify the university’s Code of Academic Integrity Tuesday, approving an amendment that explicitly states scholarly misconduct is grounds for rescinding someone’s degree.

Currently, degree revocation is the “standard penalty” for people found to have engaged in scholarly misconduct during their time at the university but have since graduated, according to the senate proposal. However, the code doesn’t directly define degree revocation as a sanction.

On the other hand, this university’s policy on scholarly misconduct explicitly names degree revocation as a form of disciplinary action — creating a disjunction between the two guidelines. This disconnect was a major drive behind proposing the amendment, said Andrea Goodwin, director of the Office of Student Conduct.

“[Students aren’t] going to check a policy before they make a decision, but I just want to make sure our policies are clear and consistent,” said Goodwin, who sponsored the amendment, along with graduate school Dean Steve Fetter and associate faculty affairs provost John Bertot.

Andrea Dragan, chair of the senate’s student conduct committee, said the differences between the code and the policy could confuse students.
Dragan clarified that the code would have no effect on honorary degree revocation, a decision left up to the Board of Regents. Revisions in the code would only pertain to students who engaged in scholarly misconduct at this university, she said.

“If you were to later have found misconduct in another university or location,” she said, “that would not affect your degree here … [The misconduct] would have to take place here.”

In the last 20 years, Goodwin said, up to four students have had their degrees revoked under the code of academic dishonesty. For the two students who have faced this penalty since Goodwin started in her current position, she said the university’s choice to sanction them would not have been any different under the proposed amendment.

During discussion for the amendment, Senator Logan Heller, a sophomore government and politics major, asked whether students who have had their degrees revoked could have benefitted from seeing “degree revocation” listed as an explicit sanction under the code. Goodwin flatly told him no.

She added that both students had been “alerted that their degrees could be revoked” before they advanced through procedures set up to investigate and sanction scholarly misconduct.

Senator Adam Lloyd, an English professor at this university, was the only senator to vote against the amendment. He called it a “neon sign” that wouldn’t deter students’ actions. If a faculty member suspects a student has engaged in scholarly misconduct, Lloyd says the issue should be resolved in the classroom — not after degrees are handed out.

“It’s almost saying, if you murder someone, you could go to prison,” he added. “I don’t think it’s a necessary change that requires the senate to get involved.”