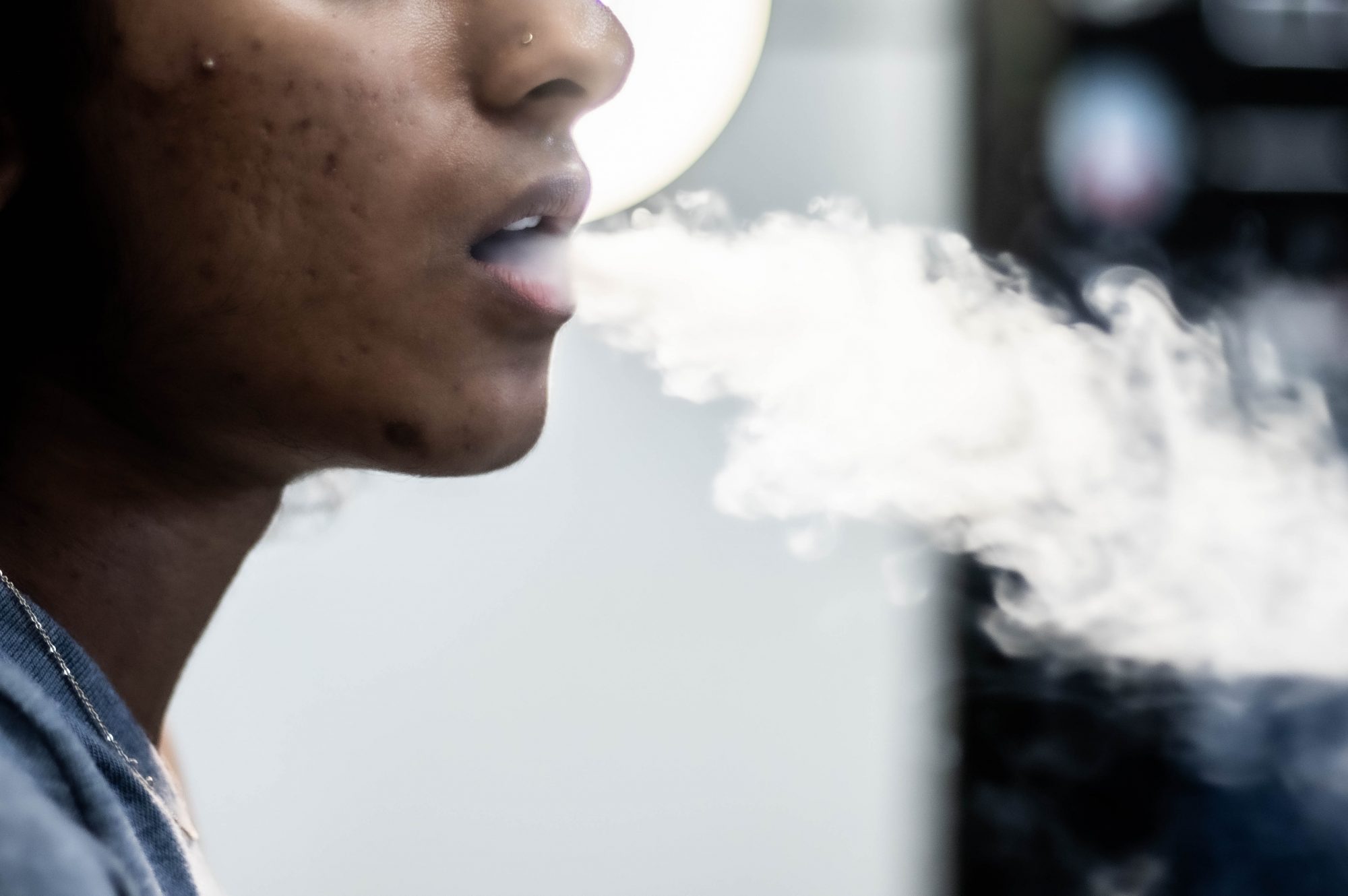 The University Senate’s campus affairs committee decided Feb. 7 to move forward with working to expand the University of Maryland’s smoking policy to include vaping.

If the policy is expanded, vaping would be subject to the same university policies as smoking, meaning students would only be allowed to vape in designated smoking areas, among other restrictions.

“We’re not making judgments on people’s lifestyles,” senate director Reka Montfort said. “It’s about the health of the general public.”

The senate brought the issue before the committee after learning of a loophole in the current smoking policy that doesn’t cover vaping. The university’s policy now defines smoking as inhaling any burning material — but since vaping devices vaporize aerosol, they are technically exempt.

Rather than enforce the smoking policy officially, the university relies on faculty, staff and students to remind each other that the campus is smoke-free. The same “community enforcement” would extend to vaping, should the policy be expanded.

Before the senate further considers expanding the policy, though, Montfort encouraged the committee to research potential side effects of inhaling secondhand vapor.

The senate also received letters in support of expanding the vaping policy from the Student Government Association and Public Health Action Through Civic Engagement, a student organization that seeks to inform public health policies on campus.

SGA health and wellness director Kelly Sherman wrote the group’s letter to explain her thoughts on vaping and its detrimental impact on the campus environment. She is also involved with the Smoke-Free College Task Force, a group funded by the American Cancer Society that is run through the university’s public health school.

“I’m a very big believer in holistic health,” said Sherman, a junior public health science major. “To have a healthy mind, you have a healthy body and everything surrounding that.”

The committee’s decision comes on the heels of several new federal, state and campus vaping regulations passed over the past year, after e-cigarette or vaping-related lung illnesses began cropping up across the country.

As of Feb. 4, over 60 deaths in 28 states have been reported to the Centers for Disease Control and Prevention related to EVALI, or e-cigarette or vaping product use-associated lung injury. Of the reported cases, 76 percent have been for people under the age of 35, according to the CDC.

In April, the Maryland General Assembly passed a bill to raise the age of majority for tobacco and nicotine from 18 to 21 years old. That same month, the Residence Hall Association passed a bill that banned vaping in student dorms.

Then, in January, the FDA banned fruit and mint-flavored vaping cartridges. The Maryland General Assembly is also currently considering a bill that would go a step further, banning all flavored nicotine products.

Sean Fitzgerald, a sophomore anthropology and computer science major, was in favor of a change. He said he finds it annoying when people vape around him.

“People who don’t vape don’t want to walk through it, to have to hold your breath,” he said. “There’s no way vaping is healthy, and it has the same principles as smoking.”

Several committee members, such as committee chair Jo Zimmerman, highlighted the growing popularity of vaping devices among young people when discussing the proposed policy expansion. People who picked up vaping in high school are coming to campus with the habit already established, Zimmerman said.

And, she added, developing research on vaping might show that residue from the devices has the potential to negatively affect the health of passersby in the same way secondhand smoke can.

“This stuff is evolving very, very quickly,” Zimmerman said. “Let’s not wait 50 years to find out like we did with cigarettes.”