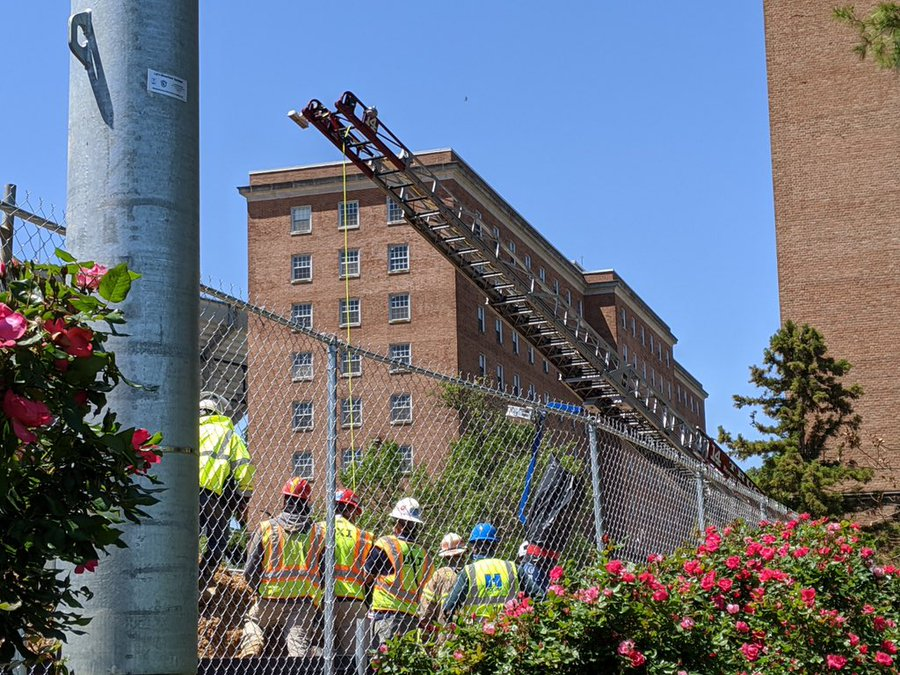 Prince George’s County’s technical rescue team responded to a man trapped in a trench on Farm Drive in College Park Thursday morning, according to a tweet from the fire department.

The man was found stuck under fallen rock with a leg injury in a construction site on the 4100 block of Farm Drive, according to photos tweeted by the county’s fire department.

A spokesperson for the fire department said he could “preliminarily” identify the man as a construction worker working on a site nearby. The worker was found in a trench approximately six and a half feet deep, and it seemed as if a portion of a wall had fallen over on him, the spokesperson said.

The spokesperson, Michael Yourishin, said the man has since been extracted from the debris and transported to a local trauma center. He had serious but not life-threatening injuries, according to a fire department tweet.

[Read more: Police searching for 3-5 armed suspects after shooting inside The Enclave apartments]

After the call for help was made, Yourishin said technical rescue units from the Largo, Berwyn Heights and Fort Washington fire stations were dispatched to the scene. These units are specially trained to extract victims from confined spaces, Yourishin said. A medic was also able to begin providing care to the worker before he was rescued from beneath the fallen rock, he said.

“Today was a really good example of teamwork and execution on behalf of our technical rescue units,” Yourishin said.