How Javon Leake fits into the New York Giants’ offense 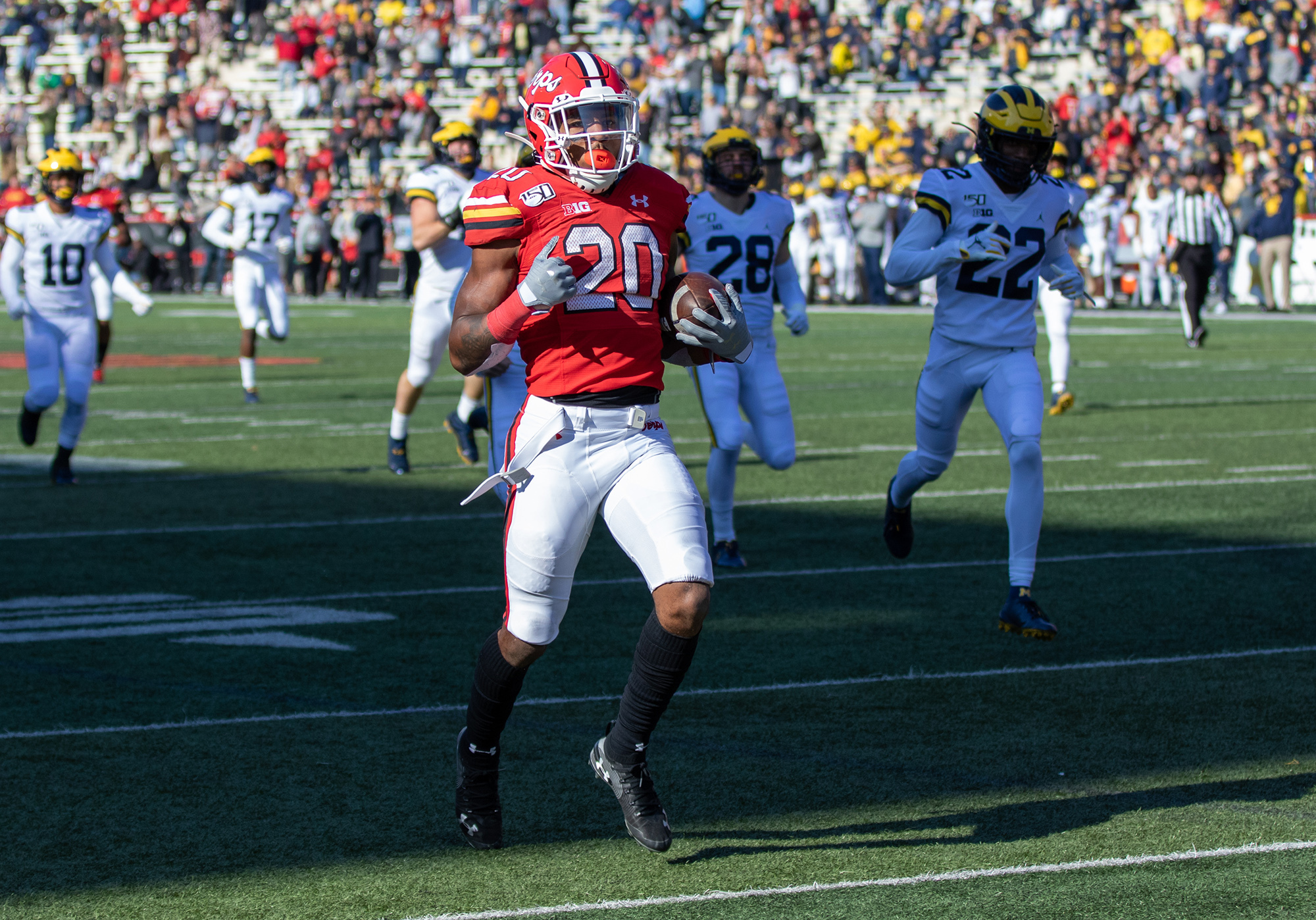 Javon Leake coasts into the end zone for a touchdown during Maryland football's 38-7 loss to Michigan at Maryland Stadium on Nov. 2, 2019. (Cam Andrews/The Diamondback)

After three seasons with Maryland football, Javon Leake is in the NFL and a member of the New York Giants.

Despite going undrafted over the NFL Draft weekend, Leake still should have plenty to be excited about after landing with the Giants. Backup running back- while not a priority, was a need for the Giants entering the weekend of the draft. New York did not draft a running back with any of its 10 draft picks, meaning Leake should have a great shot to compete.

The current stable of running backs behind star Saquon Barkley are Wayne Gallman, Jonathan Hilliman, Dion Lewis and Elijhaa Penny. Those four combined for just 449 yards and two touchdowns in the 2019 season, with none averaging more than 4.0 yards per carry.

Although Barkley is a clear Pro Bowl-caliber running back who should be getting the majority of the backfield touches, last season proved why it is important for the Giants to invest in a backup running back, with Barkley missing three games due to injury, and looking limited in some games that he did play.

Leake’s explosive play should fit in well with New York and compliment Barkley well. Although Leake only recorded 1,144 rushing yards while at Maryland, he did so on 7.9 yards per carry, showcasing his big play ability.

Given that Leake did go undrafted, his chances of making an NFL roster are diminished, but the Giants are one of the best situations for him. Don’t be surprised if Leake makes the Giants roster and is competing for backup touches in the fall.