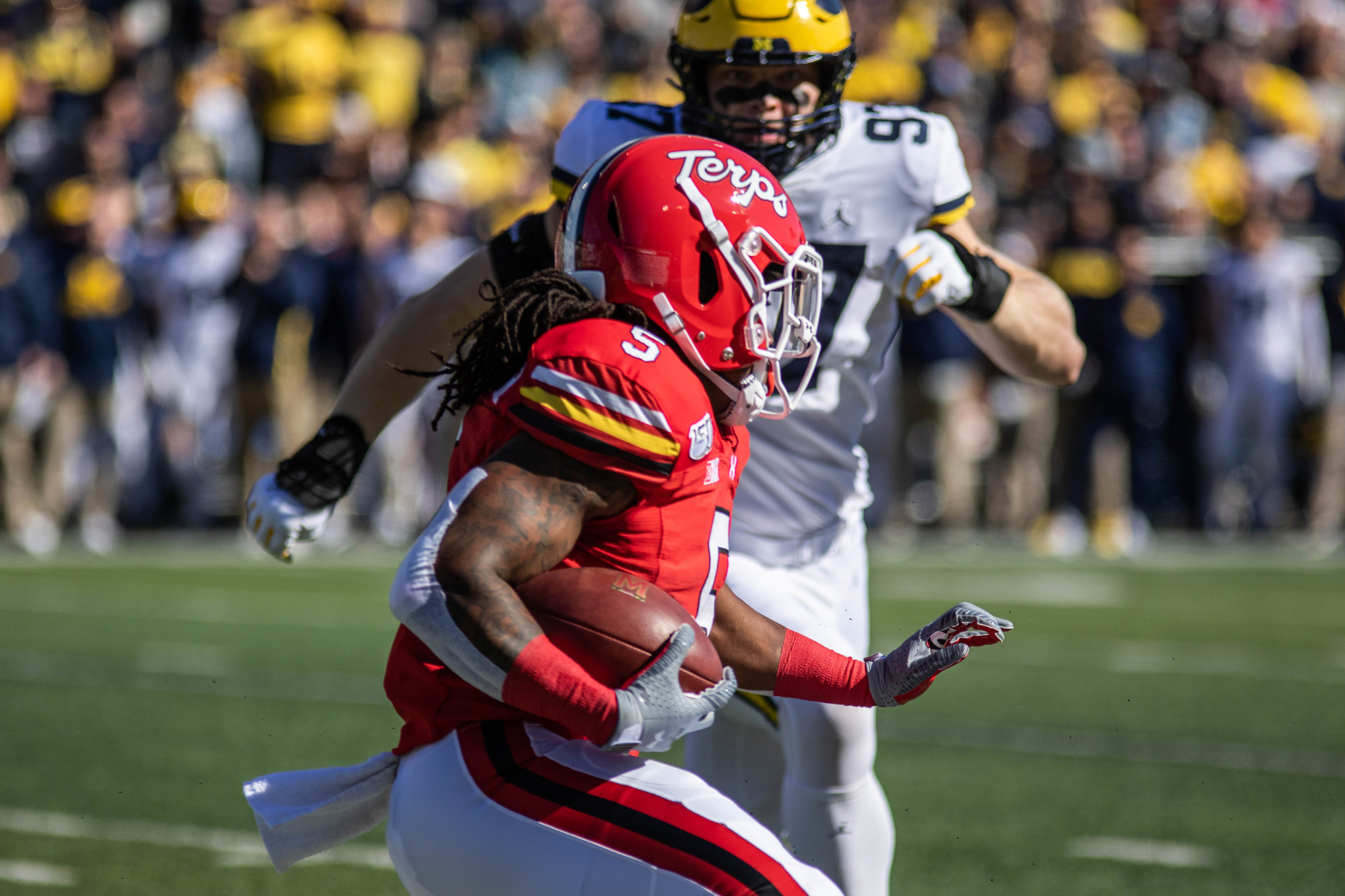 Running back Anthony McFarland rushes the ball during Maryland football's 38-7 loss to No. 14 Michigan at Capital One Field on Nov. 2, 2019. (Julia Nikhinson/The Diamondback)

After two impressive seasons with Maryland football, running back Anthony McFarland is off to the Steel City. The Steelers selected McFarland in the fourth round of the 2020 NFL Draft.

McFarland joins a running back room headlined by James Conner, who had a disappointing 2019 season. However, Conner still figures to be the premier back in the Steelers’ offense, given the promise that he showcased during his rookie season in 2018.

McFarland is much more likely to be used in a complementary role to Conner, but he has a fair number of other running backs to beat out.

The biggest competitor for the second ball carrier option on the Steelers is second-year Benny Snell, who had a less than stellar rookie season. Snell, the Steelers fourth-round selection from 2019, rushed for 426 yards and two touchdowns last season on 109 carries. When Conner missed time for injury, Snell was supposed to be the running back to step up and fill the void, but never really got going until the last week of the season.

Elsewhere in the Steelers running back room are Jaylen Samuels, Kerrith Whyte, former Terp Trey Edmunds, Darrin Hall and Ralph Webb. Those five combined for 389 yards and one touchdown in 2019. With none of those options having solid footing with the Steelers, McFarland should well be in the mix to compete for serious playing time.

Expect McFarland to split time with Snell in the 2020 season until one of them edges another out, however, it is still a longshot that McFarland will get the starting nod over Conner.