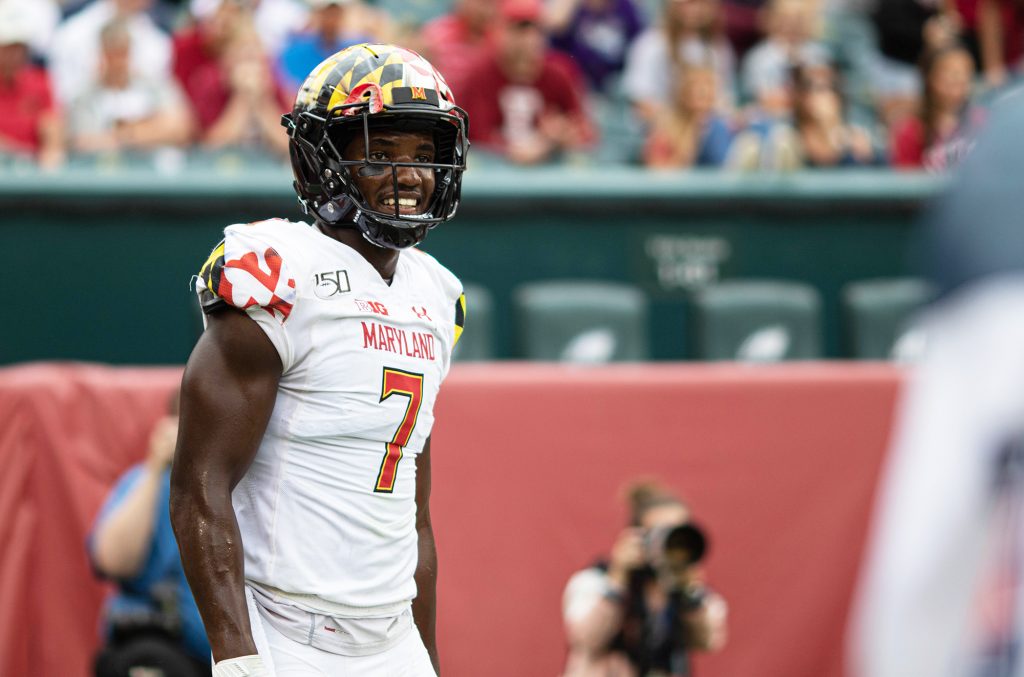 However, the former four-star recruit converted to cornerback before his freshman year, eventually making one start in his debut campaign as Maryland finished 6-7.

As a sophomore, Ellis’ minutes jumped, as he started six games. And buoyed by the confidence of getting selected week-in and week-out, Ellis saw his performances improve as well. He racked up 27 tackles and broke up five passes — the third-highest total on Maryland.

Ellis shined brightest in his junior season when he batted 11 passes away, posting the fourth-best pass breakup average in the Big Ten. He added his first career interception and 23 tackles on the year, finishing as Pro Football Focus’ top-rated collegiate cornerback. For his impressive displays over the course of the year, Ellis was named an All-Big Ten honorable mention.

His senior season was far more complicated, though, appearing in just six games before suffering an upper-body injury that ruled him out for the season. Still, Ellis made his mark, finishing his Maryland career with 52 career tackles.