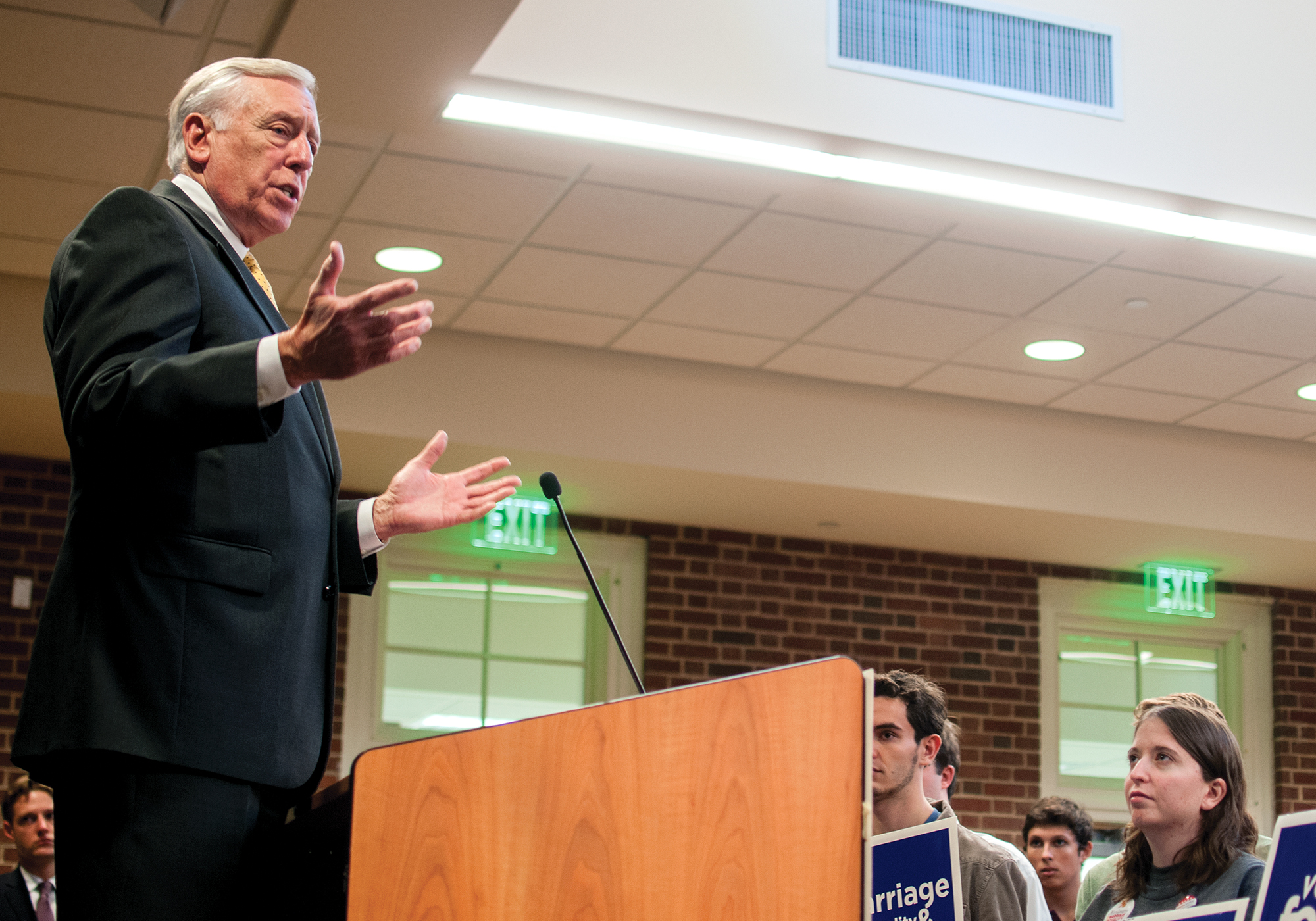 I, for one, am ecstatic about the fact that the commencement speaker for spring 2020 graduation will be House Majority Leader Steny Hoyer. It’s in line with the University of Maryland’s best tradition: picking commencement speakers who perfectly embody the university’s hypocrisy.

Hoyer has had a very long career in public service, encapsulating exactly the kind of false commitment to “service and philanthropy” that this university seeks to foster. As a college student, Hoyer got his start in politics by interning in the office of then-Sen. Daniel Brewster alongside current House Speaker Nancy Pelosi. He was named “Outstanding Male Graduate” from this university in 1963 and went on to earn a law degree from Georgetown University in 1966. Hoyer joined the Maryland Senate that same year. He hasn’t left public office since.

It’s not that all career politicians are bad, but it’s worth examining what Hoyer’s done with his exceptionally long tenure.

He voted to authorize the Iraq War, allowing the Bush administration to perpetuate endless war. He kept “deficit-reducing” cuts to Medicare on the table in 2012, and he has not publicly supported Medicare for All. He voted for the 1994 crime bill, which entrenched mass incarceration. He hasn’t publicly supported the Green New Deal, and he went so far as to kneecap the House Select Committee on the Climate Crisis. He’s one of the American Israel Public Affairs Committee’s most vocal supporters in the House, helping organize the hardline group’s trip to Israel, which freshman members are encouraged to attend.

With his decades of leadership representing a safe blue district, Hoyer could have pushed for any number of meaningful, positive reforms — but instead, he has stayed set in his stodgy ways. Truly, I have to commend this fearless work from a fearless Terp.

Beyond Hoyer’s voting record and positions, he’s excellent at representing this university’s commitment to accepting problematic private capital. Top contributors to his campaigns include the American Bankers Association, JP Morgan Chase and the American Hospital Association. The university has done much of the same, taking donations or forming partnerships with Amazon and Pepsi and war profiteers like Lockheed Martin. Hoyer’s spokesperson said, “It is Congressman Hoyer’s policy to accept legal contributions.” But we all know that legal doesn’t mean moral, especially not when it comes to monetary gifts that can shape the recipients’ priorities for years afterward.

Another thing Hoyer and this university have in common is their shared (and false) promise of a “climate of intellectual growth and mutual respect.” For Hoyer, that means refusing to debate his primary challenger Mckayla Wilkes, saying, “I go to my grocery store almost every week, there’s hardly a time I go to the grocery store and someone doesn’t come up and talk to me.” He was also caught asking a progressive challenger of a Republican Colorado incumbent to drop out of a race. For this university, this means being untransparent in its most recent presidential search and its communications about hate crimes. Neither Hoyer nor this university can manage to own up to true public forums, where those entrenched in power must answer for what they’ve done with it.

It’s a fitting end to my undergraduate career to hear from Hoyer, who’s a perfect representation of the phoniness that this university loves to prop up. As they say: Once a Terp, always a Terp.