Salisbury University shows what a response to racism should be. UMD should pay attention. 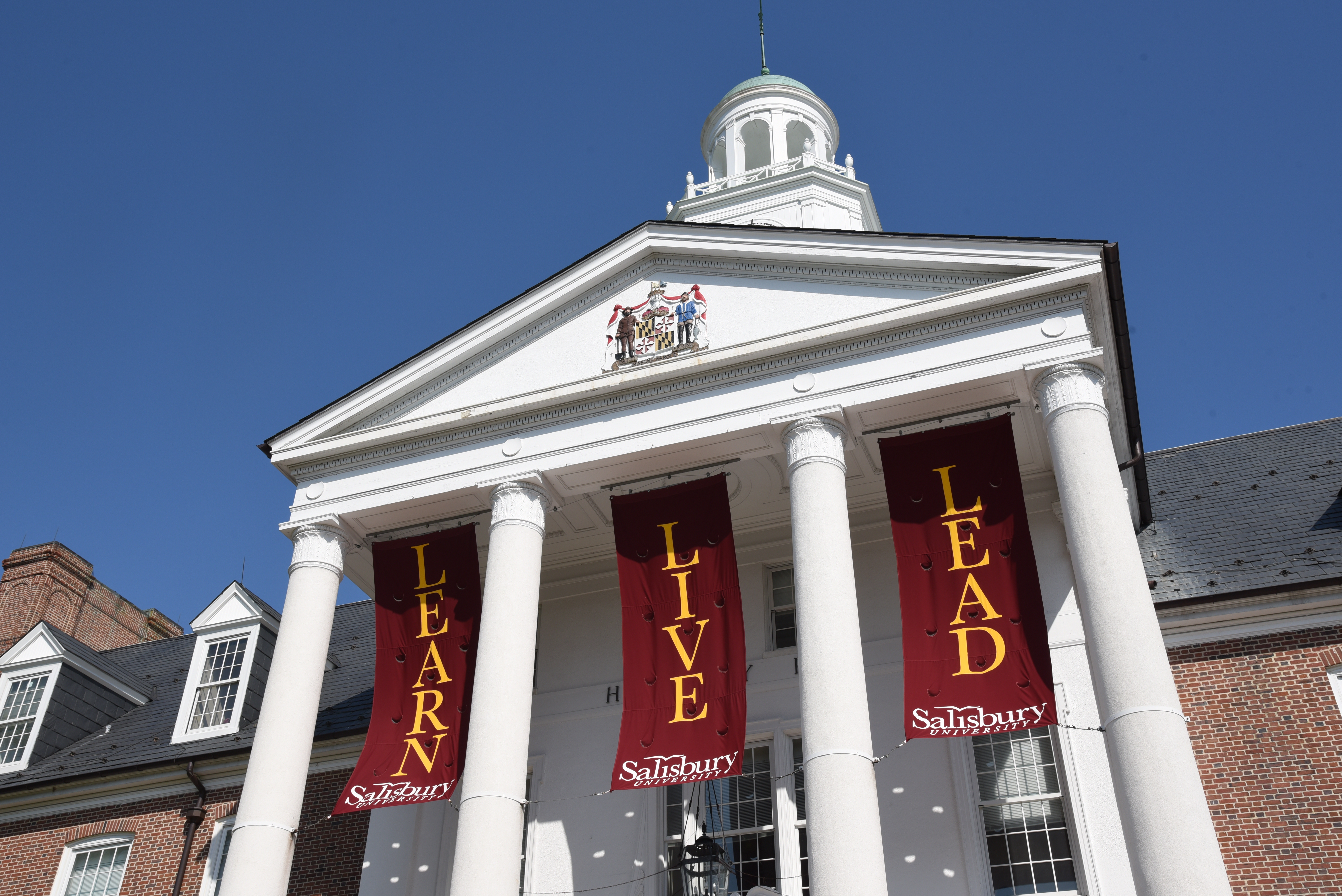 A building at Salisbury University. (Photo courtesy of Richard Lippenholz)

Anyone who has attended the University of Maryland for the last few years probably knows that our administration is not the best at responding to hate and bigotry on this campus. Each time my parents hear about one of these incidents — whether it’s white nationalist posters, the noose found in the Phi Kappa Tau house or the homophobic and misogynistic Key of David Christian Center demonstrators  — they remind me to be careful.

As an LGBTQ woman of color on this campus, I’m aware that there are people at this university who don’t want me here. That’s fine — sticks and stones and all that — but it’s unacceptable when the university administration fails to adequately respond to incidents that incite fear in minority students.

Salisbury University, however, is handling these kinds of incidents much better. Last week, racist messages threatening black students were found in academic buildings on its campus. While it’s impossible to make a total comparison, Salisbury’s administration’s response has been much more immediate, transparent, thorough and emotionally aware than anything I’ve seen at Maryland’s flagship university.

The first thing that surprised me was that information about the incident is right on the homepage of the university’s website. Instead of trying to save face, the information is out in the open and easy to find.

On the day of the actual incident, students were notified via email at 2:16 p.m. about the situation, stating outright that “racist graffiti” had been found in Henson Hall. Then, about an hour and a half later, the Salisbury University Police Department sent an update, informing students they were working “in conjunction with the FBI and allied police agencies” to investigate. Later, at 7:28 p.m., SUPD sent a third email notifying students of a second instance of reported graffiti.

However, within four hours of the first incident’s occurrence and even before the second incident was reported, students were notified that there would be no class on Thursday “to provide a day of healing following the most recent incident of threatening, racially charged vandalism discovered on campus.” This email and the email about the second incident was followed by another that outlined six opportunities for students to vent, mourn or meet in solidarity. One of those opportunities even included an “open discussion” with university President Charles Wight.

This is what a proactive response to hate speech looks like on a college campus. Not only was the investigation transparent, but SUPD — with the help of the FBI and other law enforcement agencies — identified a suspect just two days later and referred the case to the Wicomico County State’s Attorney’s Office for prosecution. Salisbury didn’t attempt to brush the incident under the rug, or stifle conversation about hate on the campus.

For me, the most impactful part of their response was their acknowledgment of the fear this incident created amongst black and other minority students, regardless of how “small” it was. They validated that members of the community were feeling afraid, and that they didn’t deserve to feel that way just so someone else could express hateful opinions.

Even though Salisbury has a much smaller minority student population — and a smaller undergraduate body overall — the school supported its students. While I can’t speak for past incidents of bigotry and hate at Salisbury, this time, the university did an excellent job of showing where its priorities lie.