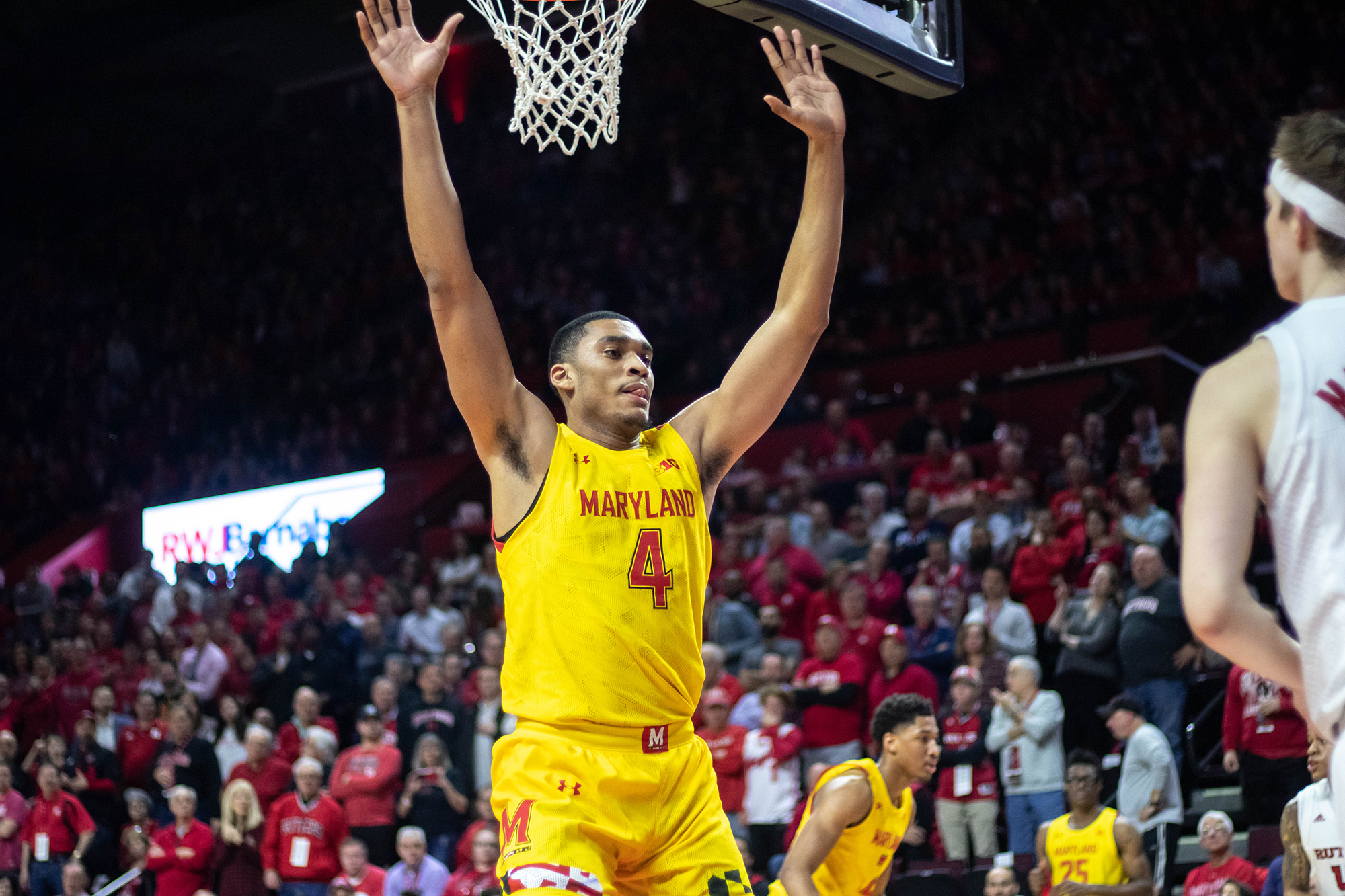 Lindo, a Washington, D.C., native, entered the transfer portal on March 30, spelling an end to a two-year career with the Terps in which the 6-foot-8 forward struggled to establish himself as a regular contributor.

A former three-star prospect, Lindo averaged 1.6 points and 3.5 rebounds in just over 12 minutes as a freshman. With Bruno Fernando’s departure, Lindo seemed poised to carve out a more pivotal role in his sophomore campaign.

Lindo impressed in limited minutes early in the season, including a career-high 13-point outing against Fairfield on Nov. 19. However, as conference play progressed, Lindo saw his playing time dwindle, cracking double-digit minutes in two conference games.

There were chances, especially when forwards Makhel and Makhi Mitchell announced their intentions to enter the transfer portal at the end of December. And Lindo had his moments, hitting timely 3-pointers in victories against Northwestern and Indiana on Jan. 21 and Jan. 26, respectively.

But Lindo never truly established himself. In 29 games, Lindo averaged 1.7 points and 1.9 rebounds in just under seven minutes of game time.

Coach Mark Turgeon moved quickly to fill the void left by Lindo’s departure, securing transfer Jairus Hamilton from Boston College. But Hamilton, a 6-foot-8 forward who started 20 games for the Eagles and posted 9.5 points and 4.3 rebounds, will have to sit for the season — unless the NCAA grants a one-time waiver for transfers.

The Terps were also in the hunt for former Yale forward Jordan Bruner, hoping to replace forward Jalen Smith’s production after the first-team all-Big Ten choice declared for the NBA Draft. But Bruner spurned Maryland’s interest, heading to Alabama instead.

After Lindo and Smith’s departures, Turgeon’s squad has two open scholarships remaining. With a relatively unproven frontcourt trio of Chol Marial, Donta Scott and Joshua Tomaic all set to fill Lindo and Smith’s gaps, it’s likely that Maryland will look for more frontcourt options — either through the transfer pool or through late-stage recruiting.