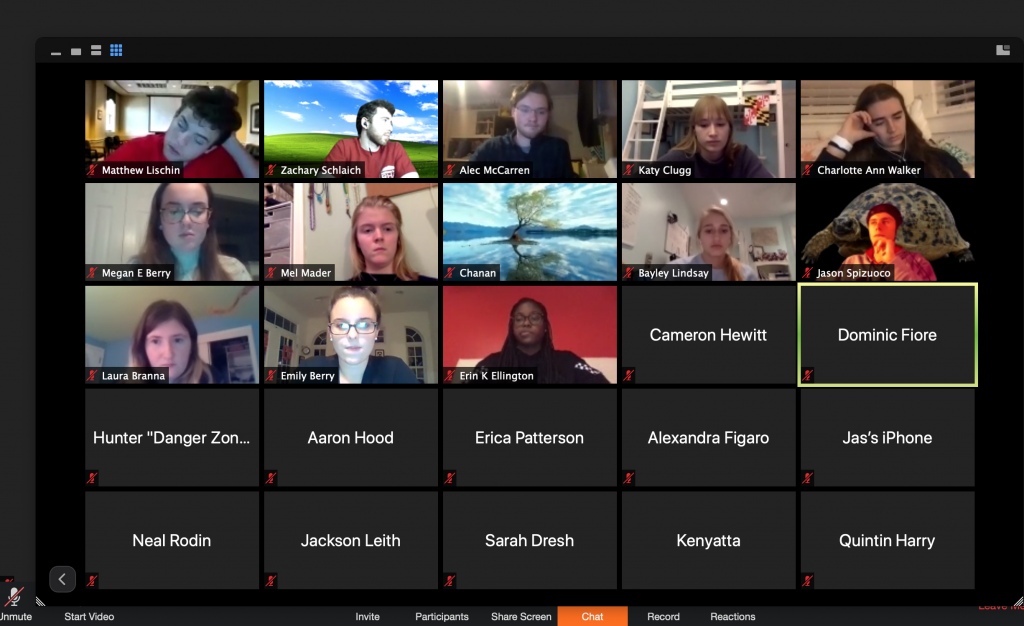 The University of Maryland's RHA meets virtually, over Zoom, on May 31. (Kanika Mehra/For The Diamondback)

According to the resolution, a requirement to immediately evacuate and move out came after a suggestion that tenants voluntarily leave. With many students already back home across the country, the bill says this placed an “undue burden on students” to return to College Park to pack the remainder of their belongings.

Ultimately, students were told they could leave their belongings in the apartments, but not until several students came back to the University of Maryland to retrieve their things.

Kenyatta Thomas, the Residence Hall Association senator who authored the resolution, was one of them. Thomas, a native of Mississippi, is a resident of Commons.

“It is frustrating to spend money on a flight, storage unit, and UHAUL just to hear our stuff could have stayed there,” Thomas said.

The resolution’s purpose isn’t to “blast” the housing complexes, she said, but to emphasize there needs to be a better way to disperse information to residents so they can make the best decisions for their situation.

Other senate members echoed Thomas’ concerns. Quintin Harry, another student from Mississippi, went home for spring break after Commons and Courtyards management advised residents to plan not to return to campus until at least April 10.

Dan Laffin, the RHA national communications coordinator, had a similar experience, spending the better part of Sunday packing up his apartment into a storage locker and driving back home. His roommate, who is renewing his lease for the same apartment, also thought he had to move out, even though he expected to live there through the summer and next year, Laffin said.

“I feel like they are doing a poor job addressing and communicating to those who are staying in the same apartment next year,” Laffin said.

The resolution also raised concerns about residents who need to stay in their apartment but cannot afford rent elsewhere amid the widespread shut-down of businesses and employment during the pandemic.

The RHA also criticized the apartments’ continued recommendation that students move out — even though a shelter-in-place order was issued by Maryland Gov. Larry Hogan on Monday. The complexes’ management staff also provided “limited resources” on how to safely move-out while respecting CDC mandated social-distancing guidelines, according to the resolution.

“The responsibility has been put on the students to inquire about this information instead of providing these answers outright,” Thomas said. “Yes, this is a crazy time for everyone but they need to take the initiative of providing students with all the information that they have.”