UMD postpones move out for dorms, Commons and Courtyards 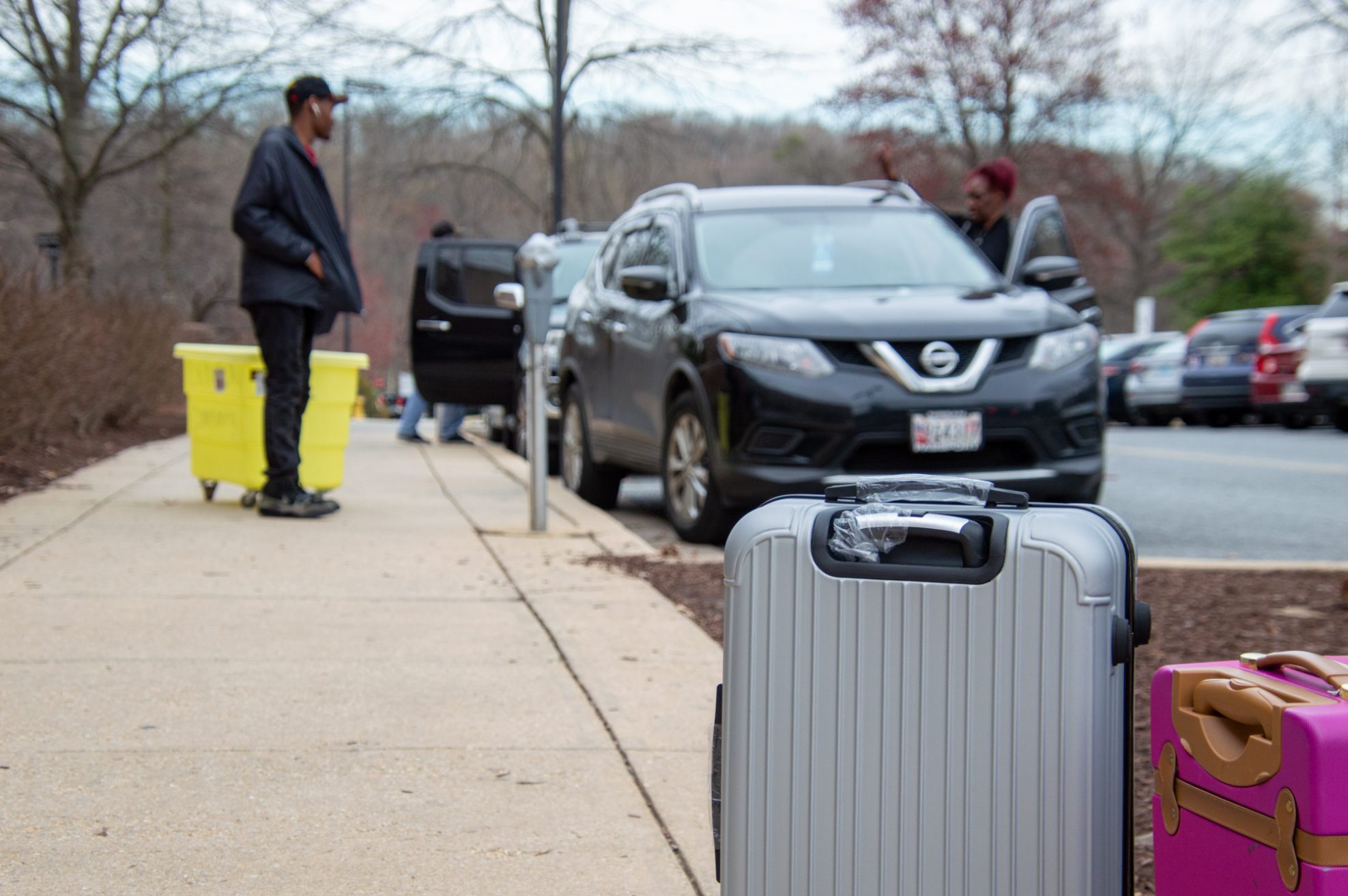 Unattended luggage sits outside of Elkton Hall as students move out on March 13, 2020. (Joe Ryan/The Diamondback)

All planned move-outs in University of Maryland dorms, South Campus Commons and Courtyards have been indefinitely postponed, according to multiple emails sent Wednesday from the Department of Resident Life and the apartments’ management.

The decision comes after Maryland Gov. Larry Hogan reiterated in a press conference Wednesday morning that people should remain at home unless there was an “essential reason” to leave.

“It is clear that the public health imperative of maximizing social distancing compels us to postpone all residence hall check-out activity,” the email from Resident Life said.

Students who live in those buildings were originally told to schedule a move-out time before April 5. There will be a new appointment schedule “when conditions in Maryland and across the country allow,” according to the emails.

Only students who are given exceptions from Resident Life will be able to retrieve their belongings from on-campus buildings.

Students with extenuating circumstances who had been approved to live in the dorms will still be allowed to do so, according to the email from Resident Life. The emails encouraged students who were living on the campus during the extended break to move out if it is safe to do so.

“The sudden closing of our residence halls over the past week has been an unexpected and difficult outcome for our community,” according to the emails. “We had hoped students would return from break to continue developing friendships and connections, making lifelong memories, and have the opportunity to properly say their goodbyes to roommates, floormates, and classmates.”