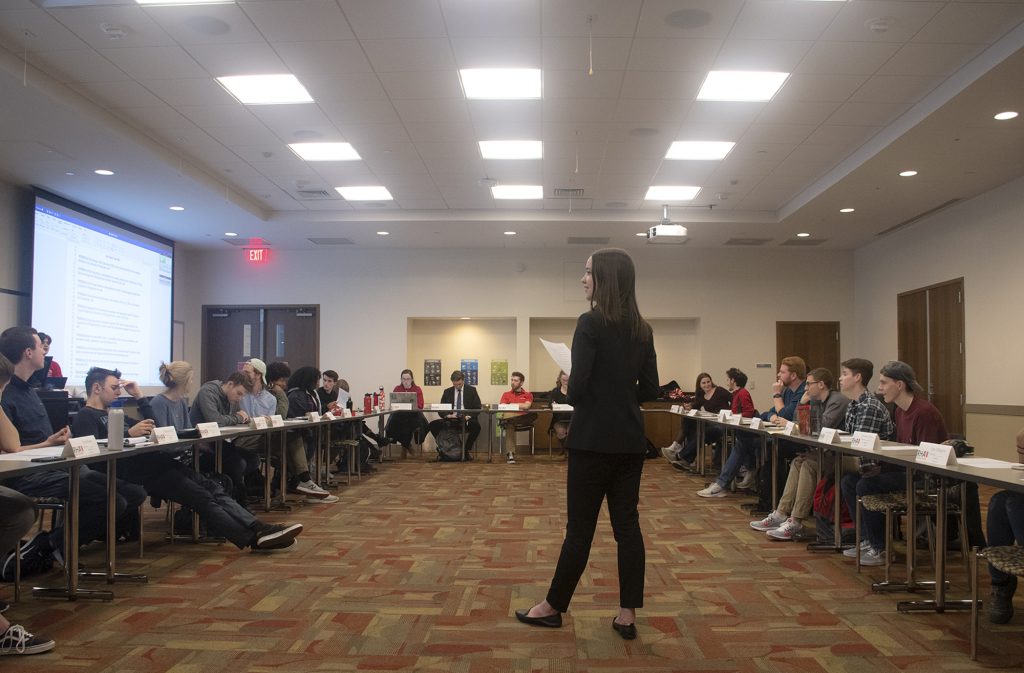 In a senate meeting Tuesday night, the Residence Hall Association voted 24-2 in favor of a resolution recommending that DOTS allocate at least ten more on-campus parking zones for electric scooters.

Currently, there are only 27 e-scooter parking spots across campus. The university’s Department of Transportation Services created these spots after rolling out new regulations at the beginning of the semester that required, among other things, for scooters to be parked at designated locations.

Quintin Harry, a current Senator-At-Large and former chair of the Transportation Advisory Committee, told The Diamondback that the push for the resolution came out of a need for more accessible parking.

“Ultimately, people are riding these things to get to class,” Harry said. “We as a committee just wanted to make all of on-campus residents’ lives easier.”

Sites for the new recommended spots include Lots 3, 16A, BB, CC1, N9, and Z, between South Campus Commons 1 and Howard Hall, Annapolis Hall, McKeldin Library and Preinkert Hall — all of which currently lack e-scooter parking.

“Since DOTS is enforcing e-scooter parking now, we want to make sure that there are convenient parking spots that are designated,” Mader said. “The more spots, the better.”

Under the new rules, students could be issued a citation by DOTS  if they do not park their scooters in one of the designated spots around campus.

However, as originally created, the spots did not include racks or posts. This made it difficult for students to secure scooters that aren’t able to be locked remotely or via an app.

In response to student concerns surrounding security, Allen said earlier this month that DOTS would begin installing racks in scooter parking spaces. Mader said she was not certain if the new parking spots would include racks, but intends to bring it up during future committee meetings.

RHA Vice President Zachary Schlaich said DOTS is likely to implement the group’s resolution, especially since Allen was involved in developing its concept. Last November, the RHA also passed a resolution supporting DOTS’ efforts to bring e-scooters to campus in the first place.

“Us approving it is basically [indicating] that the whole organization approves of this change,” Schlaich said.

In other business, the RHA also voted in favor of two resolutions approving fee changes proposed by Residential Facilities, Resident Life and Dining Services departments for the 2021 fiscal year.

CORRECTION: Due to an editing error, a previous version of this story incorrectly stated the University of Maryland Police Department would issue citations for improperly parked e-scooters. The Department of Transportation Services will issue these citations. Due to a reporting error, it also incorrectly stated DOTS was looking to add VeoRide charging stations and potentially transform underused motorcycle spaces to scooter spaces. There are no plans in place to implement such measures. This story has been updated.