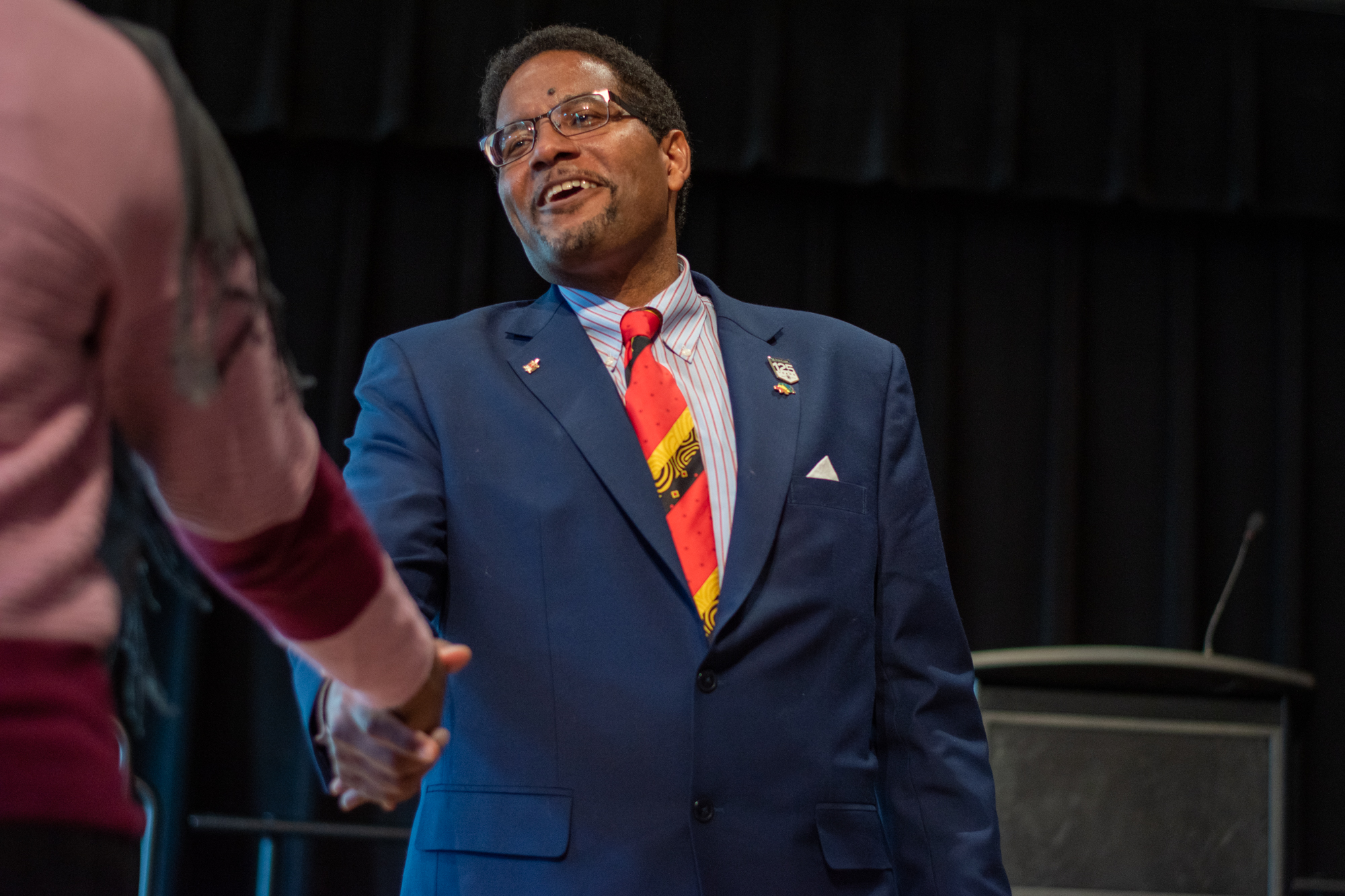 I’ve raised concerns about how the University of Maryland’s governance might go under the administration of Darryll Pines. But, as my mother reminds me, it’s best to sprinkle in a non-grumpy column every once and awhile. So let’s indulge in some fantasies of university governance and explore how, in my wildest dreams, Pines would begin his administration.

In an ideal world, Pines would come into power with a ferocious commitment to two priorities: getting more money from the state government, and making shared governance a reality.

First, putting an end to austerity. Last year, university President Wallace Loh said that navigating declining state funding would be one of the main issues his successor would face. He was right. Austerity colors pretty much everything at this university: our reliance on private donors; our struggle to provide essential services such as mental healthcare; the massive resources gap between business, computer science and engineering and everything else. Receiving a jolt of state funding is the first step toward making this university more equitable and humane.

Pines needs to be gloves-off on this issue. He should coordinate with faculty, the staff union, parents and student groups, ensuring the university community speaks with one voice in demanding a funding increase. He should declare austerity a crisis and make clear he’s willing to pull out all the stops to see it resolved. The university has considerable leverage over the state. It could threaten to stop doing research for the state government. It could even declare a kind of university “general strike,” where students, staff, faculty and administrators shut down the campus and travel en masse to Annapolis to demand a funding increase.

Of course, getting more cash from the state doesn’t guarantee this university will meet its needs. An extremely wealthy university could still allocate tons of funding toward stupid shit, while neglecting important departments and services. The best way to ensure that funding goes where it’s actually needed is to democratize university decision-making. That’s where shared governance comes in.

Loh has often said that this university operates on a principle of shared governance, where students, faculty and staff are involved in the decision-making process. But a report from a group of university system student leaders found that there was “significant distrust” between the Loh administration and students. In response to complaints about a new fee for international students, Loh said, “It’s a process of shared governance, it is not shared management. It is not joint decision-making.”

Here’s the way “shared governance” seems to work right now: Students and staff are sometimes permitted to have a meeting with administrators, during which they can raise concerns — and promptly get ignored. Administration, of course, does not ignore rich donors, and it does not ignore athletics. A couple weeks ago, Pines announced the steering committee for his transition team. It includes three vice-chairs: Gary Attman, a member of the Board of Regents (fairly reasonable), former men’s basketball coach Gary Williams (somewhat odd) and Robert Flanagan, the president of Clark Enterprises (wait, what?). The A. James & Alice B. Clark Foundation, on whose board Flanagan sits, is a giant donor to this university — especially the engineering school, which Pines use to run. And so, the president of a private investment firm must have his voice heard on a transition team at a public university.

Authentic shared governance would mean shared management. It would mean joint decision-making. It would mean finally ignoring the donors — an increase in public funding would make this easier — and giving students, faculty and staff meaningful control over resource allocation. In my dream scenario, Pines would explicitly relinquish much of the presidency’s power and work to build institutions which give university stakeholders power. Reforming, expanding and empowering the University Senate is a good place to start.

Thus far in his career, Pines has been very successful at working within the existing political economy of higher education. But if he takes my advice, focuses on austerity and shared governance and tries to reform that political economy, I’ll write nice columns about him until my fingers fall off.