Darryll Pines could be an improvement over Loh, but there’s cause for concern 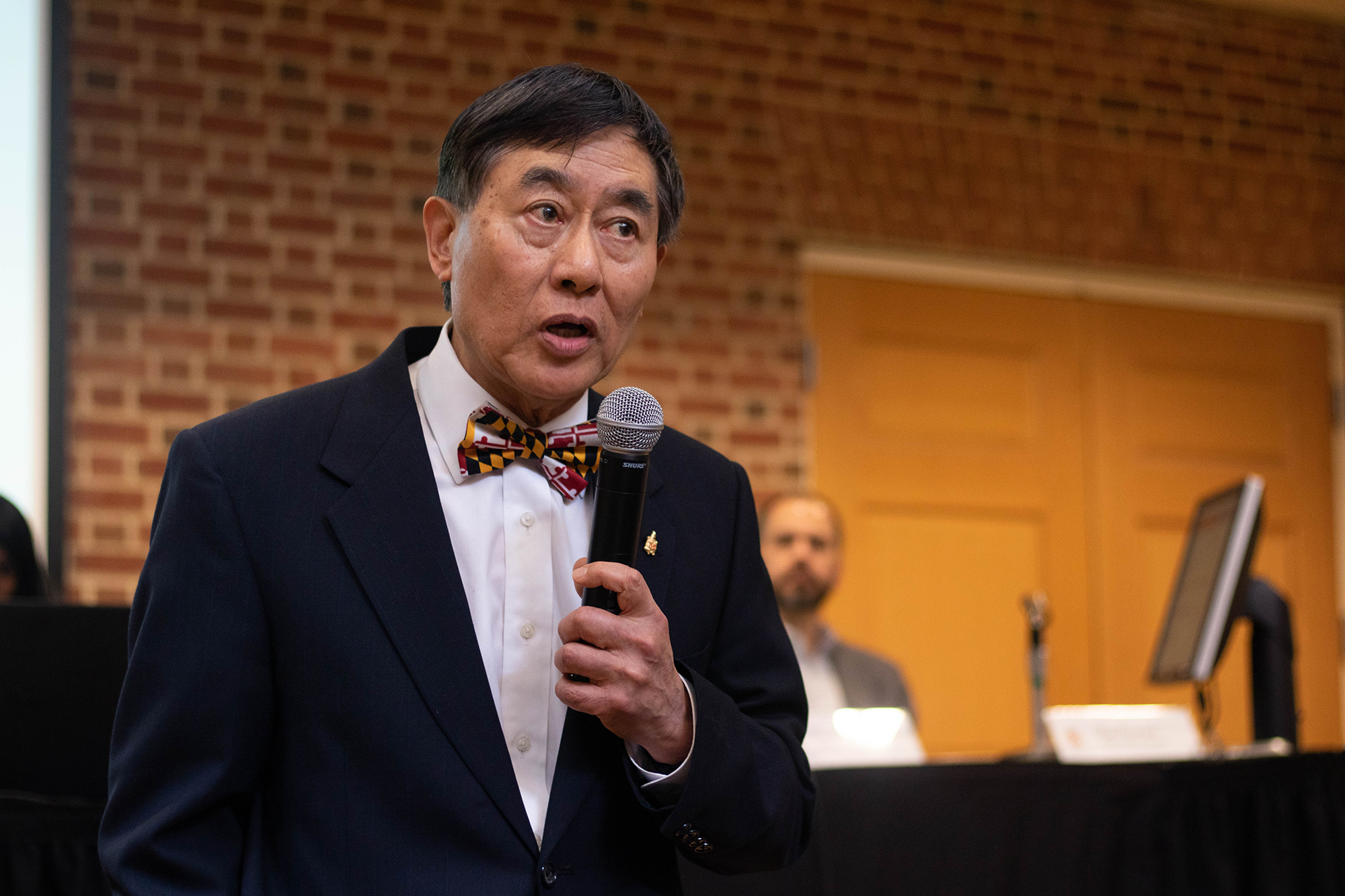 University President Wallace Loh in 2019. Loh will be succeeded by Darryll Pines, the current dean of the engineering school. (Julia Nikhinson/The Diamondback)

And suddenly, we have a new University of Maryland president! The University System of Maryland announced, without any warning and after business hours, that this university’s engineering dean, Darryll Pines, will replace President Wallace Loh in July. So what are we to make of this Lemonade-esque news drop? Should we celebrate Pines’ arrival as a correction to years of poor leadership? Or should Pines’ career and record give us pause?

Before diving into the result of the presidential search, it must be noted that the process itself has been condemnable. The search committee had only one undergraduate student representative and had no representation for this university’s employee union. (Don’t worry, though. The university system made sure to include former basketball coach Gary Williams!) The committee held only three open forums to collect community input — scheduled during class time — and many participants felt as though their concerns weren’t getting through to the committee.

In fact, the Student Government Association went so far as to propose emergency legislation calling for the committee to take student input more seriously. In the past couple years, the university system has operated with such little transparency that the state legislature felt the need to get involved. So this entire process culminating in a surprise announcement at 6:32 p.m. suggests that the people calling the shots haven’t learned a thing. The university system should be ashamed of itself.

But let’s get to Pines himself. These thoughts are, of course, preliminary and will change as we learn more about Pines’ background and his major priorities. But, on first glance, there’s a fair amount to like about this selection. Pines seems to have been an effective leader of the engineering school over the past decade. He’s been here for a long time — and that experience has hopefully instilled a deep understanding of the past few years’ many traumas. And unlike, say, Provost Mary Ann Rankin, he isn’t irremediably implicated in the failures of the Loh era. What’s more, his excellent record recruiting women and minority faculty will hopefully translate into a sensitive handling of widespread racial tensions in the community.

So if your main problem with Loh’s tenure was his cluelessness and incompetence in carrying out his agenda, Pines will be a welcome replacement. But if your primary issue with Loh is his agenda itself — an agenda of deference to big donors, athletics boosters and the national security establishment — Pines’ installation offers less to celebrate. Most signs suggest that Pines will, for the most part, stay our present course, albeit with more competent leadership.

Take, for example, this university’s deep ties with the military and defense contractors, a relationship that I think is a moral stain on our institution. Pines is likely to be even worse than Loh on this front. For nearly three years, he worked for DARPA, an agency within the Defense Department that develops new military technologies. While there, according to his CV, he managed several projects “to enable the next generation of capability for the warfighter.” This included a $12.5 million project — called, literally, “Long Gun” — to develop a big drone that could carry “multiple sensor fused weapons.” He also managed a project to develop tiny drones, made to look exactly like hummingbirds, that can fly around urban centers and surveil people. Dystopian stuff.

Pines worked for DARPA between 2003 and 2006, during the height of the Iraq War. That war, which claimed at least half a million lives, is one of the greatest crimes of the 21st century. So, it seems like Pines felt comfortable developing technology that would allow the American military to kill people with unmanned flying robots, at a time when U.S. forces were slaughtering thousands and thousands of Iraqi civilians. That his conscience allowed him to engage in such bloodstained work frankly makes me question his moral instincts.

On a separate note, Pines is also very good at getting rich people to give the university money. Probably his signature accomplishment is helping to secure a nearly $220 million donation from the Clark Foundation — the largest donation in university history. The engineering school has raised more than $500 million since the university launched its current fundraising campaign, which is called, of course, “Fearless Ideas.”

This seems like a good encapsulation of how I envision the Pines presidency playing out. If you’re fine with this university making decisions based largely on private investors’ preferences, Pines will probably do a great job making sure we get gobs of cash. But if you think this university’s present course is fundamentally defective, there’s less to celebrate in this news. If you think this university is unlikely to be authentically “fearless” so long as it has Lockheed Martin, Brendan Iribe and Kevin Plank setting the agenda, Darryll Pines is probably not your guy. I hope I’m wrong.