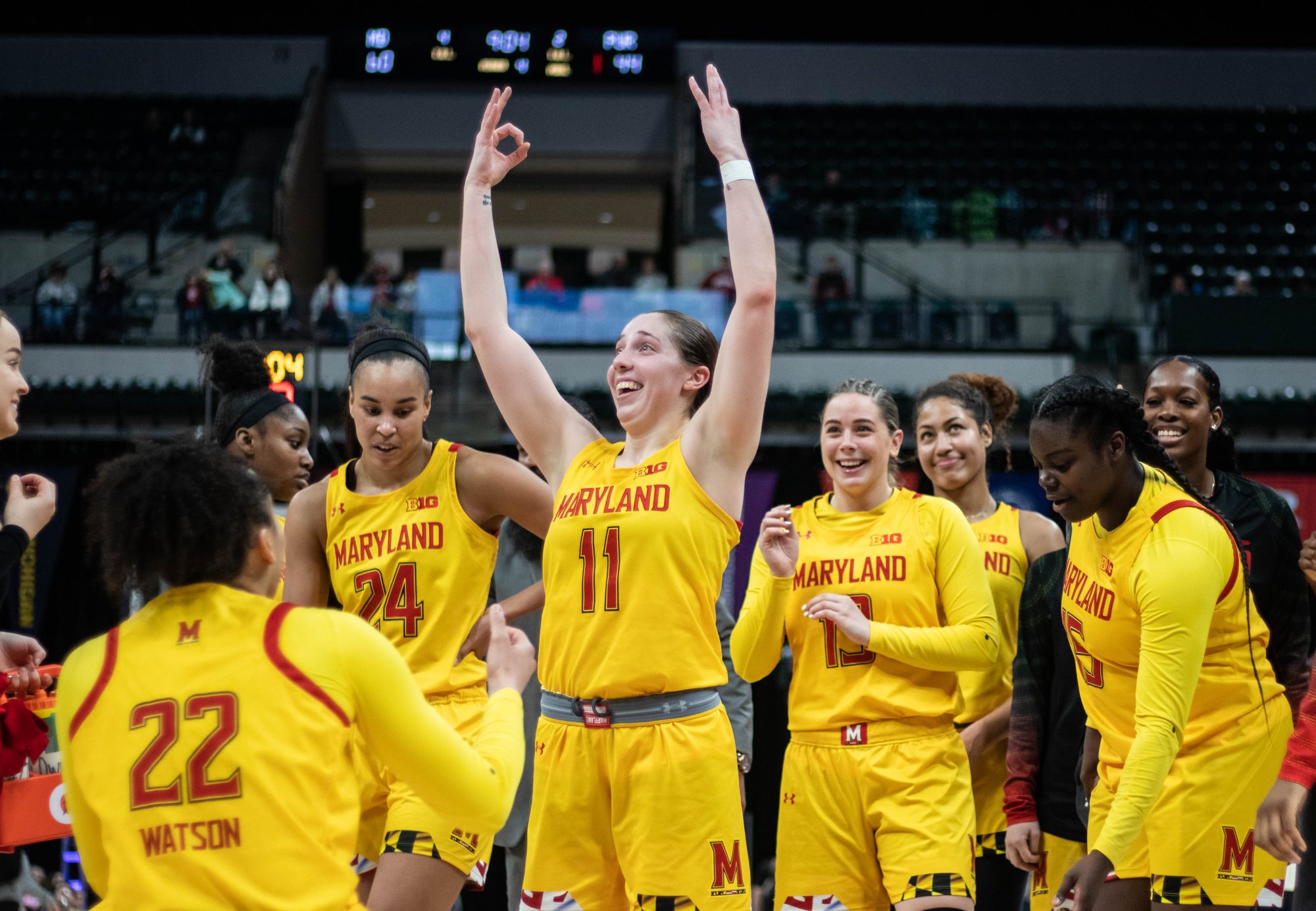 Guard Taylor Mikesell celebrates one of her six 3-pointers during Maryland women's basketball's 74-62 win over Purdue in the Big Ten tournament on March 6, 2020, at Bankers Life Arena. (Julia Nikhinson/The Diamondback)

INDIANAPOLIS — Guard Taylor Mikesell glanced at the winding game clock as she caught a pass with just seconds left in the third.

The Maryland women’s basketball team’s bench counted down from five and the sophomore sniper let go a stepback triple. It hit nothing but nylon and the buzzer sounded soon after, pushing the scoreline to a double-digit lead the Terps would never relinquish.

Mikesell’s triple, one of her six in the game, ignited her team toward the final buzzer against a Purdue bunch that wouldn’t go away in the first three quarters. Behind Mikesell’s 22 points, Maryland knocked-off the Boilermakers, 74-62, to advance to the semifinals of the Big Ten Tournament.

“[Purdue] battled for 40 minutes and really showed you why we should have eight teams in the NCAA tournament,” coach Brenda Frese said. “Once we were able to settle in with our first game … we were able to find a way to make plays, and when we’re making plays for each other, sharing the basketball, defending, three players [with] double-doubles, I thought it was just tremendous job on the glass and sharing the basketball.”

Maryland began the contest showing some rust after not playing for five days. Its typically active defense looked a step slow and Purdue took full advantage.

The Boilermakers hit four triples in the opening quarter and assisted on each of their seven made shots, good for 50 percent shooting. The Terps repeatedly gave up open 3-pointers and allowed the opposition to get in high-percentage positions.

With forward Kaila Charles quickly sidelined due to early foul trouble, the Terps were forced to look elsewhere for offense. They generated decent looks throughout the opening frame, but six turnovers kept them from growing the lead beyond one point after the game’s first 10 minutes.

“We were late on a lot of [rotations]. They did a nice job driving and kicking. They hit some big threes that first quarter,” Frese said. “Obviously, when you get Kaila in early foul trouble, I thought that impacted her, it impacted our team, not having her on the floor for the minutes that we like to have her.”

Maryland looked reinvigorated in the second period despite going cold from the field. The team took an eye-popping 31 field goal attempts but made just six. Seventeen offensive rebounds in the frame equaled Purdue’s rebounding total for the entire first half, but the Terps often came up empty on the scoreboard.

The Terps turned up the intensity in their press following Frese’s visible frustration with her team’s defensive effort in the opening period. Guard Blair Watson, who looked somewhat lackadaisical to start the contest, returned to her pesky defensive self, and Mikesell found her stroke from deep with three first-half triples.

Maryland generated six steals in the quarter and held the Boilermakers to 10 points, allowing the team to take an eight-point lead into the locker room. Guard Ashley Owusu, who started in place of Watson, initiated the offense soundly. She notched six assists in the half and only one of her team’s 14 made shots went unassisted.

“I sort of joked at halftime, it reminded me of our Iowa game there when we were getting all kinds of offensive rebounds, not putting them back,” Frese said. “We talked about it at halftime, just settling in. I thought we got those O-boards and rushed shots. I thought there were times where we could get those O-boards and be able to kick them out because Purdue’s length is extremely difficult to be able to shoot over, which you saw with the amount of blocked shots that they had on us.”

Forward Stephanie Jones set the tone to open the third quarter, quickly scoring six points in the paint. The Terps held a double-digit edge for most of the period, but Purdue almost always had an answer to a Maryland score.

The Terps were outrebounded by two in the frame, the first time they didn’t hold an advantage in that category. They also couldn’t keep from fouling the Boilermakers toward the end of the quarter, sending them to the line six times.

Mikesell went cold from behind the arc, missing her first three attempts in the third, but her stepback 3-pointer at the buzzer regained her team’s double-digit lead and gained momentum her team would need during the final 10 minutes.

“Our message was definitely to be more aggressive and not settle so fast,” Jones said. “We knew that we had Tay being able to knock down shots outside, but just to be able to go inside-out first and like look for the open shot and just be patient with it.”

Jones earned a tough putback to start the final frame and the Terps would steamroll the Boilermakers from there. They scored nine straight points before a Purdue triple cut the lead from 20 points.

Charles, who missed all five of her attempts since scoring the game’s opening bucket, finally saw the ball swish once again in the fourth. Owusu and Mikesell’s activity carried Charles and the rest of the team to the finish line and maintained a 15-plus point lead for most of the fourth.

Purdue cut the lead down in the game’s final minutes, but Maryland was prolific enough to earn its 15th straight win and advance to the next round of the conference tournament.

“A ton of hydration and recovery,” Mikesell said about how the team plans to recover for Saturday’s game. “I’m about to go take an ice bath right now, just trying to get off our legs and stuff, kind of like an AAU setting where you got a couple games back-to-back, but just trying to survive and advance at this point. So just happy to be playing well.” 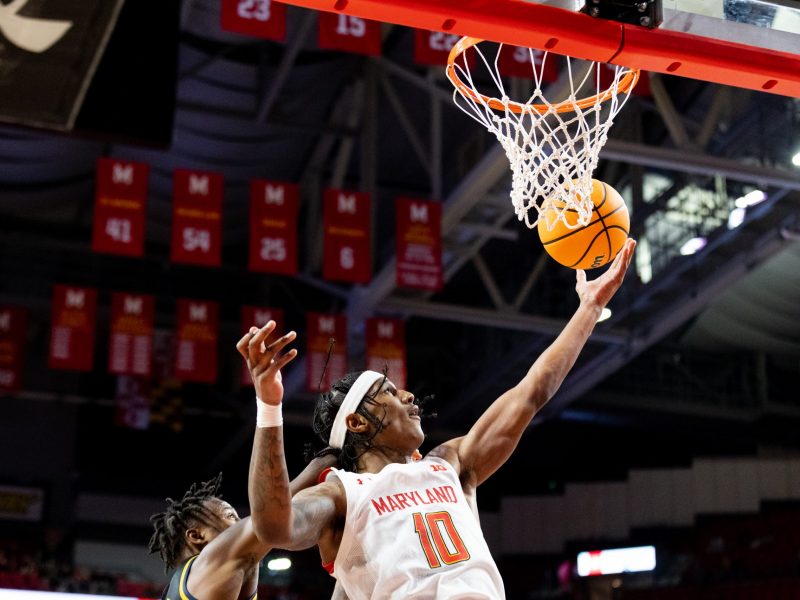 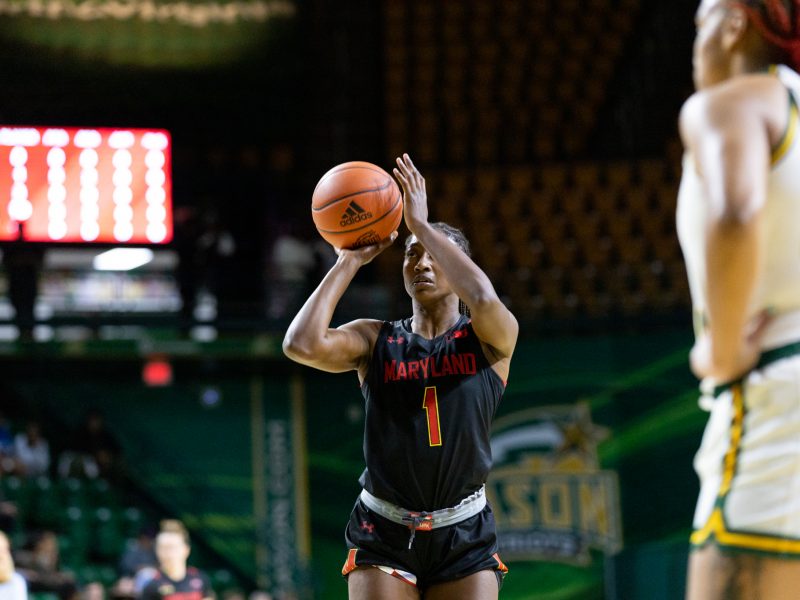 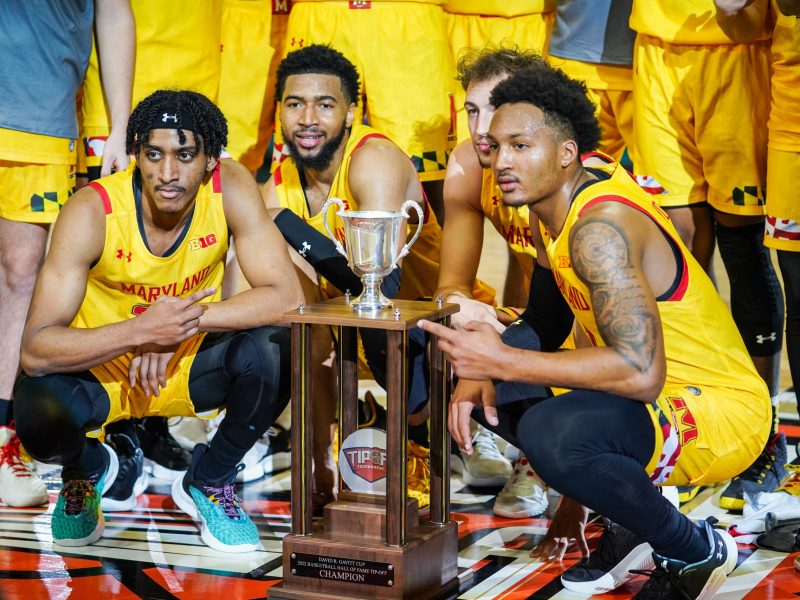