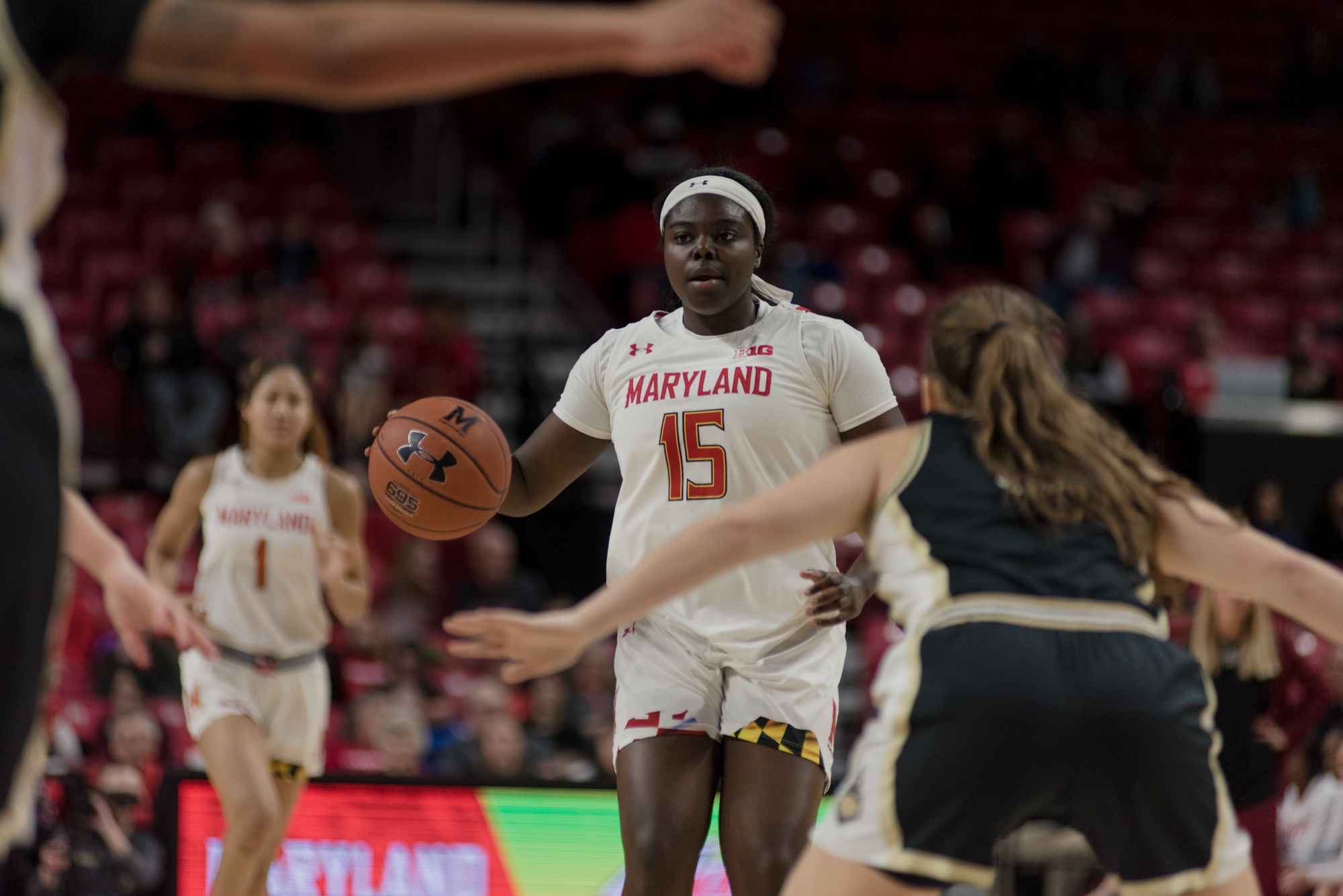 After two more dominant wins last week, including its largest-ever Big Ten win with a 55-point demolishing of Minnesota, Maryland women’s basketball ended its regular season on a 14-game winning streak, co-Big Ten champions and the top seed in the conference tournament.

And with that success, six Terps received Big Ten honors for the season, a record number since joining the league in 2014. Forward Kaila Charles earned her third consecutive first-team All-Big Ten selection, while forwards Stephanie Jones and Shakira Austin were both named to the second-team for the second and first times, respectively.

Guard Ashley Owusu earned Freshman of the Year honors — the third Maryland player to receive the award in the last five years — and was named to the All-Freshman team, as well as voted to the second team by the media. Guard Taylor Mikesell, who received honorable mention All-Big Ten recognition, won the award last season.

Owusu also collected her fourth Freshman of the Week award with averages of 12.5 points, 7 assists and 3.5 steals in her team’s two wins. Jones received her second weekly honor of the season, this time named to the Weekly Honor Roll after averaging 15.5 points and 6.5 rebounds on 68.4 percent shooting. Jones was also named Maryland’s Big Ten Sportsmanship Award Honoree.

Meanwhile, Maryland (25-4, 16-2 Big Ten) jumped one spot to No. 6 in the latest AP top-25 poll released on Monday, its highest ranking since being named the preseason No. 4 team in the nation. ESPN’s “Bracketology” named the Terps as the fourth projected No. 1 seed in the upcoming NCAA tournament.

As the conference’s top seed, coach Brenda Frese’s team gets byes in the first two rounds of the Big Ten tournament, which begins Wednesday, March 4. 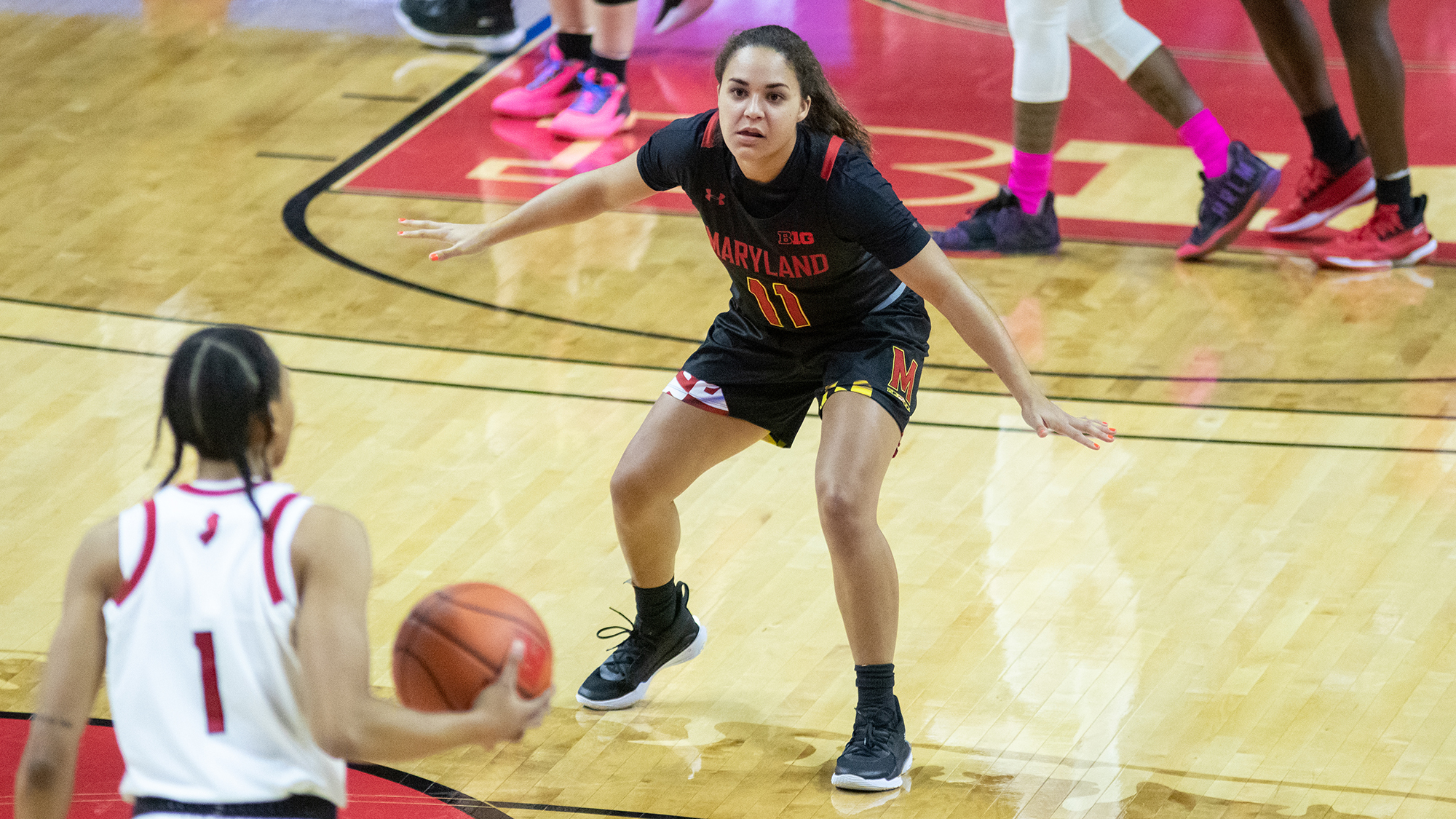