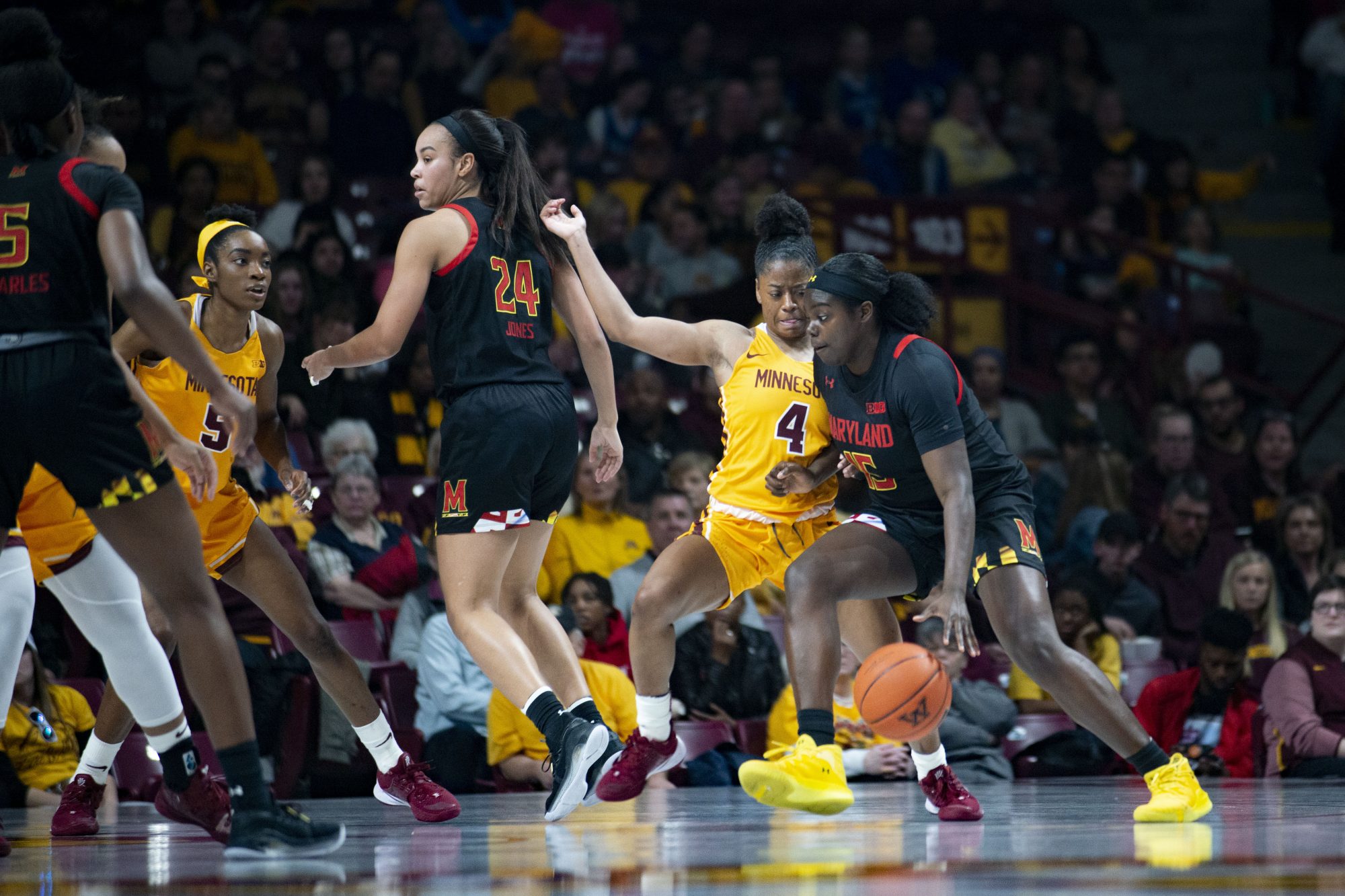 Each time guard Taylor Mikesell set herself in No. 7 Maryland women’s basketball’s game at Minnesota, she didn’t hesitate to let it fly once the ball hit her hands.

The sophomore was in the zone, hitting 6-of-8 from behind the arc en route to 22 points. Her shot looked as confident as it has all season and she unleashed attempts without hesitation, rapidly growing her team’s lead.

With Mikesell’s red-hot shooting and strong team defense — generating a season-high 24 steals, — Maryland eviscerated Minnesota, 99-44, earning its 14th consecutive win, a share of the Big Ten regular-season title and the No. 1 seed in the conference tournament. The demolition served as the team’s most lopsided Big Ten win ever, and it secured the Terps’ fifth regular-season title in six campaigns.

“To have two early losses at the beginning of conference play and to go out and put your head down and be resilient then get better, it starts with the seniors and the accountability they took,” coach Brenda Frese said. “We really do feel like we’ve been battle-tested and we’re obviously looking forward to the next moment for us in the Big Ten tournament.”

With forward Shakira Austin removed from the starting lineup for the second straight game, Maryland once again struggled on defense early.

Minnesota made its first three shots to jump out to a 6-1 lead in the game’s opening minutes. The Terps didn’t provide much resistance and let their opponent penetrate easily while not getting the shots they wanted on the other end.

Guard Ashley Owusu, who started her first game since Jan. 6 and replaced Austin, broke the ice with a free throw and then swished an open triple, her first in over four games. That long-range rhythm spread to the rest of her teammates and Maryland (25-4, 16-2 Big Ten) quickly generated a large lead.

The Terps couldn’t miss and went on a 29-7 run to end the frame. Mikesell caught fire from behind the arc, hitting three 3-pointers in a row. Her long-range proficiency then opened up the lane for forward Stephanie Jones, who added seven points and made all three of her shots in the period.

“Coming from past years, we had different defenses but nothing stopped defenders or [held] them to lower points than this one,” forward Kaila Charles said. “We just did a great job of buying into it, especially the seniors. We had to, like, unlearn everything in the last three years … I’m glad we changed it because it’s really effective.”

Although the Terps weren’t getting clean looks in the second quarter, their defense continued to shine. Before Minnesota hit a pair of free throws near the midway point of the period, Maryland held its opponent scoreless for over eight minutes stemming from the previous quarter with suffocating rotations and aggression.

Both teams found offense in the quarter’s final couple minutes, and the Terps owned a 26-point lead going into the break after holding the home team to just 28.6 percent shooting.

Although the Golden Gophers played their best offensive quarter of the contest in the third, scoring 20 points on 50 percent shooting, the Terps came out of the break and shot lights out.

Maryland scored 38 in the frame and hit 76.5 percent of its attempts. Mikesell was once again the catalyst, nailing three more triples — all of which hit nothing but net.

The Terps’ defense let up some easy scores, but they stayed aggressive. They earned 10 steals in the period and played with full energy, getting to the line 11 times as a result.

“The fun part for me is [this is] by far just a special team defensively,” Frese said. “This is the first team that really gets a ton of shot clock violations. It’s never happened in my time here. So it’s been fun to be able to see just the buy-in and we changed some things defensively this year that were pretty drastic and just how much they feed off of it and the energy that they play with.”

A 44-point advantage heading into the fourth secured the game for Maryland. And the Terps held Minnesota scoreless for the frame’s first five and a half minutes, even with their reserves playing the majority of the time. One triple and last-second free throws would be all the Golden Gophers could notch in the frame, going just 1-of-14 from the field.

Mikesell finished one point and one triple shy of career highs, but Maryland finished its regular season with a 25-4 record, securing a shared Big Ten regular-season title with Northwestern and a No. 1 seed in the conference tournament.

“I thought, again, just [happy with] the resiliency of coming back from the Iowa loss when we were on the road to developing that win streak,” Frese said. “When you look at how we’re playing, just wanting to be great in every area. Our defense, our rebounding, our transition, our assists, really being as great as we can going into March now for whatever someone is going to throw at us.” 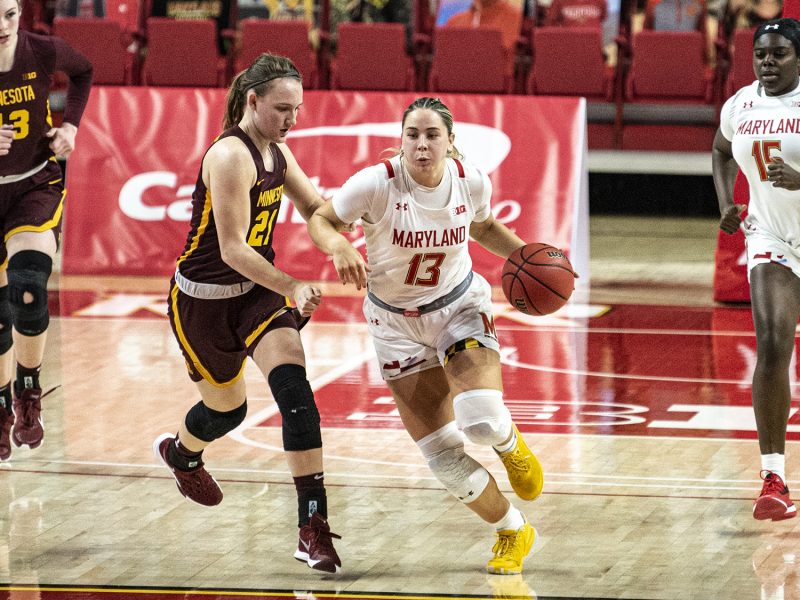