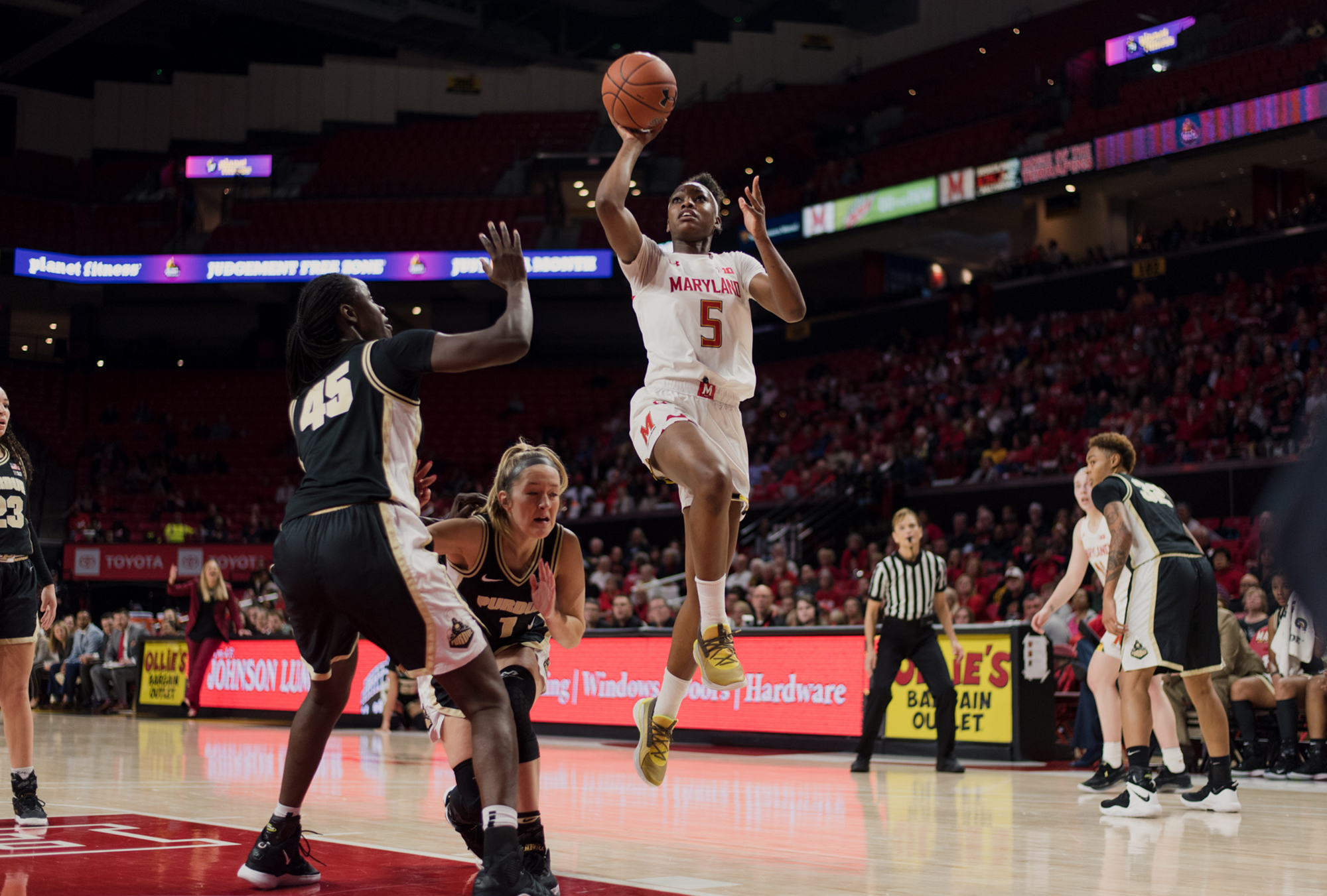 Riding a 14-game winning streak, Maryland women’s basketball enters the Big Ten tournament in a familiar position — as the tournament’s top seed with two byes before its first game.

But even with the byes in each of the last two seasons entering the tournament, the Terps have come up short in Sunday’s championship game each time.

Maryland didn’t enjoy the same hot streak heading into those postseasons as it has this year, but the taste of defeat still weighs heavily on the minds of the players who experienced those back-to-back disappointments.

“It’s a lot of fuel because we fell short two years in a row and I want to get back there and hopefully have a different outcome this year,” forward Kaila Charles said. “We’re ready to play, we’re ready to play Maryland basketball, play for each other, play together, and we’re excited.”

Charles and forward Stephanie Jones are two players who directly experienced the letdowns of the past two seasons. They were role players as freshmen on the last Maryland team to cut down the nets as conference tournament champions, but they’ve endured upset losses to lower-ranked Big Ten foes in their past two tries as starters — and the games weren’t particularly close.

The Terps fell to Iowa in 2019, 90-76. Despite Charles notching a career-high 36 points, her team couldn’t overcome forward Megan Gustafson’s 45 points and 10 rebounds. Jones had one of her worst games of the season, scoring just four points in 10 minutes before fouling out.

“[That loss] just excites us for this season. It started from day one this year, just making sure we finish out on top this year,” forward Shakira Austin said, who also fouled out in the Iowa loss in just 14 minutes. “All the flaws we had last year we were able to fix.”

Fellow senior guards Blair Watson and Sara Vujacic played against the Hawkeyes but missed the previous season’s championship matchup with Ohio State — Watson due to a torn ACL and Vujacic because she hadn’t yet transferred to Maryland.

Without those two, the Terps lost by 10 to the Buckeyes, never recovering from a poor second quarter that they dropped, 27-9. Charles notched a double-double with 22 points and 11 rebounds, but she shot just 37.5 percent from the field. Jones did grab eight boards but wasn’t much of a factor offensively, scoring only six points.

“I don’t think any of us upperclassmen want to finish out that way,” Jones said. “We’re just really excited to get another chance to go for it again.”

This year, Maryland isn’t so reliant on Charles and Jones to carry the offensive load. The team has five players averaging double-digit points, and its new defensive identity helps it win games, even when shots aren’t falling.

Still, coach Brenda Frese recognizes that her seniors want to return to College Park as Big Ten champions after coming so close twice. She likes how her upperclassmen are using those defeats as motivation but says “good things will be in store” if her team keeps playing as it has throughout its winning streak.

“Coach, she’s been drilling that into our head from day one. We’re playing for our seniors, they’re very important to us, we care so much about them and we want to make sure we send them out the right way,” Austin said. “So that’s really our motive and our anchor of why we play so hard.” 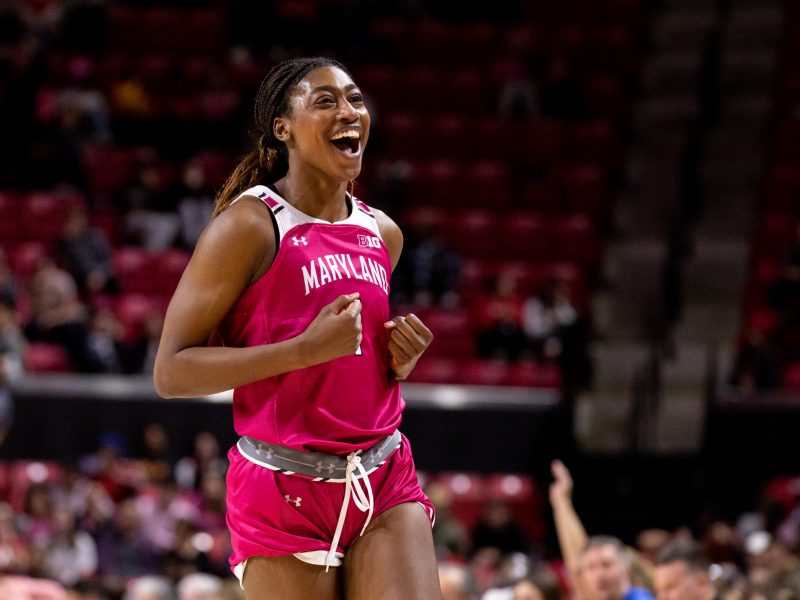