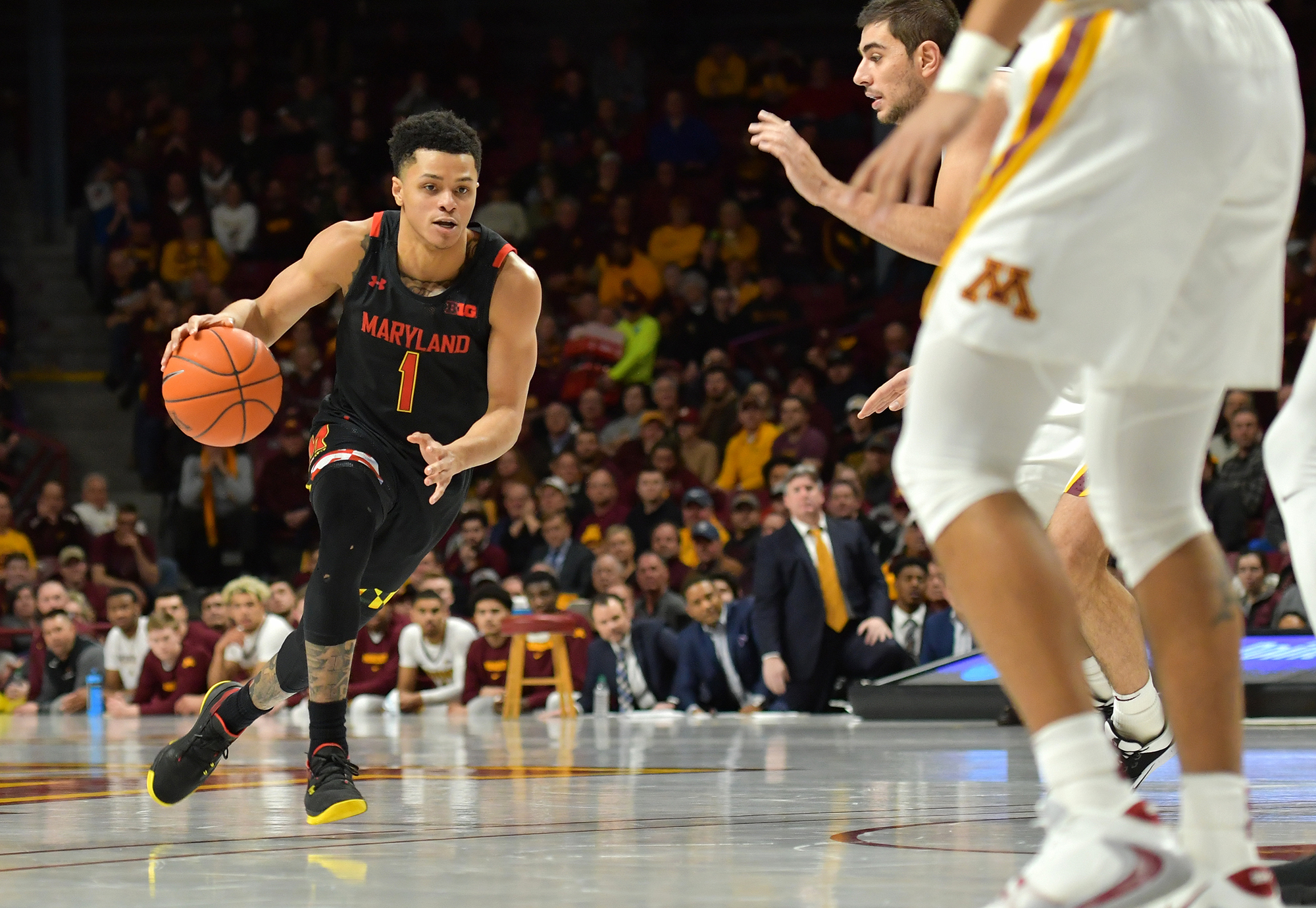 Maryland men’s basketball escaped from Williams Arena with a 74-73 win over Minnesota thanks to guard Darryl Morsell’s last-second 3-pointer on Wednesday, but coach Mark Turgeon’s squad lost when the lights shined brightest.

In a Saturday night matchup against Michigan State with ESPN’s College GameDay present in College Park — and the chance to win a share of the Big Ten regular-season title — the Terps couldn’t rise to the occasion. Still, at 23-6 and in first place in the conference, Maryland stayed right at No. 9 in the latest AP top-25 poll released Monday.

On Feb. 23 against Ohio State in Columbus, foul trouble kept forward Jalen Smith off the floor for large parts of the first half, and guard Anthony Cowan was absent for the final moments of the contest once he fouled out. Without its top two players performing at their best, Maryland still made a push. But Ohio State made its free throws and wrapped up a 79-72 result.

While Smith also faced foul trouble in the first half against the Golden Gophers, his second-half performance was a large part of that 17-point comeback win. Turgeon noted how they got Smith involved at the post more frequently than usual, and four other players finished in double-figures, too.

Coming back from large deficits has been more norm than novel this season for the Terps. That 17-point comeback in Minneapolis was the largest of the year, but it’s not alone. It’s one of six double-digit deficits that have been reversed.

So as the Spartans’ lead continued to grow Saturday night, and the clock kept ticking closer to zero, it felt as if it was only a matter of time before Maryland would make a run. That never came, though, in the 78-66 defeat.

While Cowan and Smith scored 33 points compared to 34 points between Xavier Tillman and Cassius Winston, it was those complementary pieces around the Spartans’ stars that helped lift them over a raucous Xfinity Center crowd.

With the win, Michigan State moved up to No. 16. There are eight total Big Ten teams ranked, including Iowa (No. 18), Ohio State (No. 19), Penn State (No. 20), Illinois (No. 23), Wisconsin (No. 24) and Michigan (No. 25). Maryland rests atop the conference standings and is ranked highest nationally in the throng of Big Ten squads, too. Plus, all six of the team’s losses have come against foes currently ranked.

The Terps return to action Tuesday against Rutgers with another chance to clinch a share of the Big Ten regular-season title.