Technology like ELMS has a history of being abused by universities. UMD should be wary. 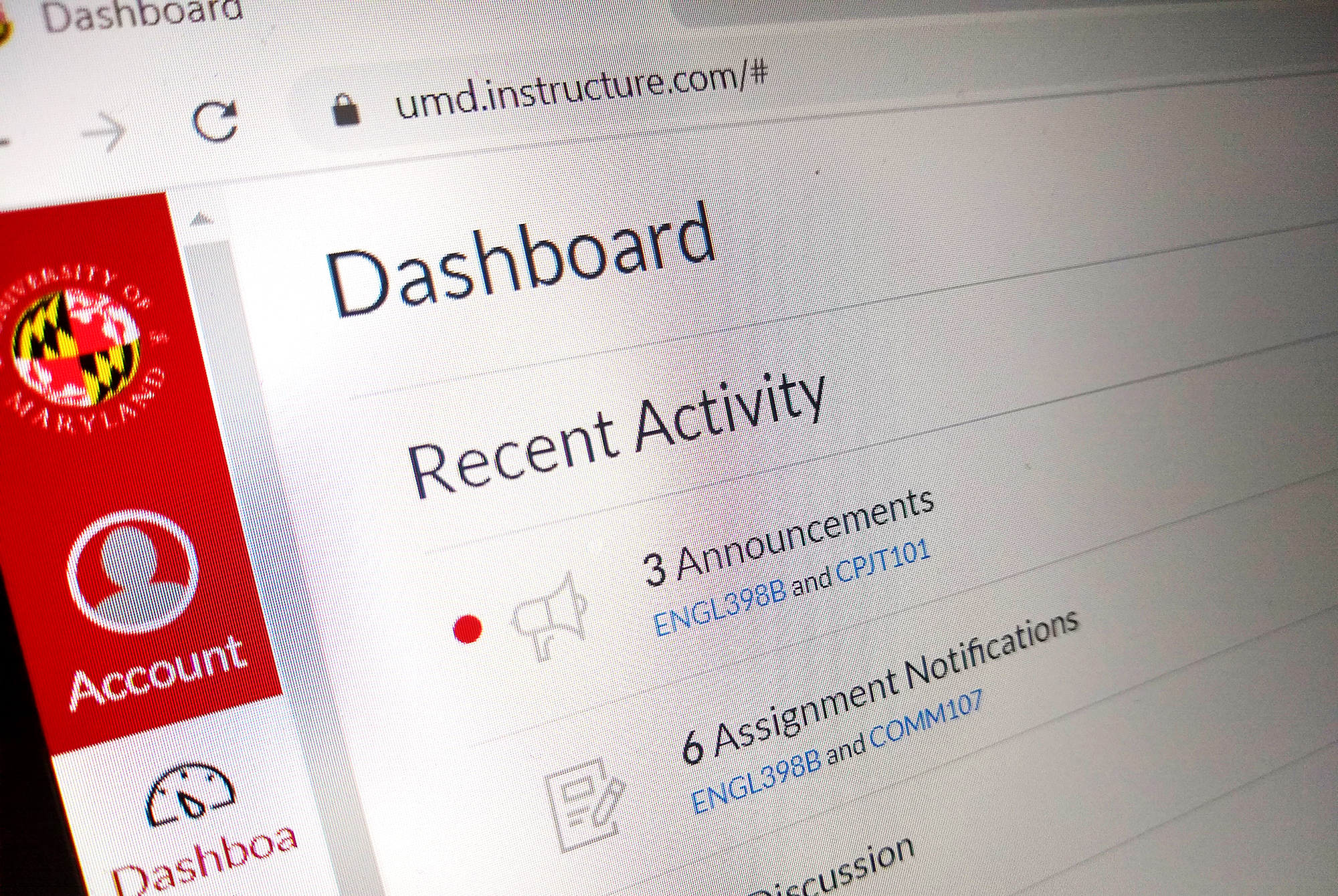 Educational technology like ELMS has evolved in recent years to track more of a student’s activity. (Julia Nikhinson/The Diamondback)

We understand colleges as microcosms of the scalding broth of tension and inequity that boils the nation. But there is no scaling down the significance of injustice. Graduate students — especially at the University of Maryland — have been stuck fighting for collective bargaining rights for several years, with little progress or support from graduate school administration. Tension over the same issue at the University of California, Santa Cruz have escalated tension into an outright graduate students strike, as they demand a pay increase to manage working in one of the most expensive areas in the country to live.

Surveillance methods have always been employed as tactics of strike suppression, and their most recent frontier is education technology. Some of these companies — including Canvas, the one behind this university’s digital infrastructure — have a history of being abused by institutions. They take in an excess of reasonable information about the user and system managers can easily manipulated, to the point that we should always be wary.

Educational technology has evolved in recent years to track more of a student’s activity. Purportedly, this is to see what the metrics for success are. ELMS currently logs minute individual information, like how frequently you looked at a course page and resubmitted assignments. This information is already a little excessive for an instructor, but system administrators can also view it, potentially without professors’ knowledge. Additionally, anyone can be added into a virtual class and given permission to access this analytics data, student assignments and even student-instructor communications.

This is a system built to maintain hierarchies, and one that is easily exploitable. Blackboard, a similar learning management system, was used as early as 2005 by New York University to spy on its striking graduate student union. University administrators joined virtual classes to monitor communication between students, and find out which teaching assistants supported the strike. Faculty were just as outraged as students, but the only people with the tools to ensure security were the administrators controlling both the university and its online infrastructure.

The absolutism of this power prevents any system of checks and balances. It’s an insidious tactic preventing solidarity across the university community by weakening professors’ abilities to control their classrooms or support their teaching assistants.

The same spirit moves UCSC administration to use Canvas as a way to identify striking graduate students. Notifications on Canvas encouraged undergraduates to report their teaching assistants for causing class “disruption.” This is another method to kill the solidarity between teaching assistants and students, who have power as consumers of the university. Approaching them through their educational infrastructure is deceptive and makes it clear who the technology is really serving.

The strength of the UCSC strike comes from the transgression of hierarchies, so that many different members of the university community can stand together on the picket line. However, this isn’t just the physical strike on the campus — but also the digital picket line of Canvas. Participating in this surveillance technology gives information to the university, but it’s hard to control if the right people see it. We have to acknowledge that using educational infrastructure to advance cop behavior is a security problem.

In addition, Instructure, the parent company to Canvas, was recently sold to a private company. Instructure’s CEO advertised the value of students’ “data assets” for machine learning. There’s been much controversy around what that means for the future of that data. While Instructure has promised not to sell students’ data, it’s clear that monetization is a large part of the conversation around educational technology development  — and privacy is an afterthought.

Anyone at this university knows not to put full faith in the institution, from its moral judgment to transparency to WiFi stability. We have reasons to be wary of its power, especially in the ways that aren’t fully disclosed. While this university’s educational technology infrastructure — particularly ELMS — may seem too frail to accomplish much, it permits an unnecessary level of surveillance that other universities have abused in the past. The precedent has been set to make a weaker community — but we can’t allow it.